Few fact-based dramas escape criticism of historical inaccuracy, and "The Imitation Game" is no exception. Based on the life of Alan Turing (Benedict Cumberbatch), the mathematician who broke the Nazi's Enigma Code during World War II, effectively changing the course of the war, "The Imitation Game" has been under fire since June for its depiction of Turing's homosexuality and his relationship with Joan Clarke. But Keira Knightley, who plays Clarke -- Turing's fiancée and fellow code-breaker -- in the film, has had no shame in admitting to the various discrepancies between real life and the finished feature.

"As far as her relationship with Alan, they were engaged. They were great, great friends. She was at the center of the breaking of the Enigma Code," Knightley told HuffPost Entertainment during an interview in October. Yet the actress admitted flat out that things had to be changed for various reasons. "There are a lot of inaccuracies in the film as to life. What was actually said, and the reasons that they actually got engaged, I think are slightly different than the film,"

Knightley, 29, said that the focus of "The Imitation Game" was the story behind cracking the code, not just the history of Clarke and Turing's relationship. "If you’re making a film just about that period and just about the reasons he asked her to marry him," Knightley said, "then I think you can really go into the truth of it. But unfortunately you’ve got two and a half hours and what you're doing is trying to tell a bigger story, so you have to pick and choose. I think what we’re trying to get to is the essence of what it was. And at that time with Alan, to my knowledge, he didn’t have another affair, or an affair actually, with a man. His big friendship was with a woman and he did ask her to marry him." 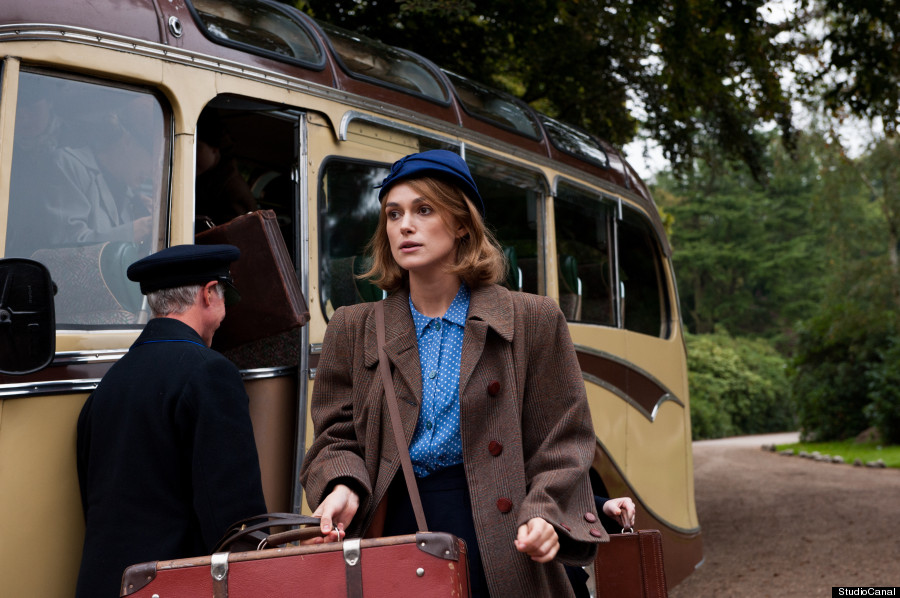 The dramatic license extended to Clarke's backstory as well. The film shows her arriving at Bletchley Park, the location of the British government's code-breaking operation, after solving a crossword puzzle to pass Turing's test. Instead, Clarke's Oxford professor helped push her into the program (though the government did recruit people at the time using crossword puzzles).

Another liberty is taken with Clarke's parents, who are shown objecting to her work at Bletchley Park since the government school mostly employed men. "The whole thing with the family isn’t, to my knowledge, true," Knightley said. "It was sort of put there to show what she was up against as far as society goes."

But that struggle was inherent in Clarke's story already: "They ended up putting her in as a linguist even though she didn’t speak any other language in order to try and get her a bit more money," Knightley said. "I think that's fascinating because that's still the center of the feminist movement today: a place at the table and equal pay. And we're talking about the 1940s, and now it's 2014 and obviously women's rights are better, but not best."

And yet while many of the facts about Turing and Clarke were massaged for "The Imitation Game," Knightley -- who has made her fair share of historical dramas in the past, including "The Duchess" and "A Dangerous Method" -- doesn't really mind the variations. "In all of these stories, often truth in filmmaking, it’s not a documentary," she said. "It is a drama, so ultimately you have to go for the drama."

Which is what "The Imitation Game" tries to accomplish, enlightening audiences on the story of the so-called father of theoretical computer science above all else. As Knightley said, the film emphasizes aspects of Turing's life related to the breaking of the Enigma cipher as "the most extraordinary thing that he did."