Xtatic is a trailblazer when it comes to African emcees, becoming the first Kenyan artist signed to a multi-album/publishing deal with a major label, Sony. She took the continent by storm. Then she went silent. Management mistakes and label delays are to blame. As she continues the process of untangling from a "disappointing" recording contract, Xtatic responds to the question fans have been asking the most: "Where did she go?" The answer's on her new independently-released mixtape (and first full-length project), Let Me Xplain. And if anyone is wondering, can she still kick it? Yes she can! Wiser and more experienced, she has much to tell about her journey, and steps it up lyrically to say it. 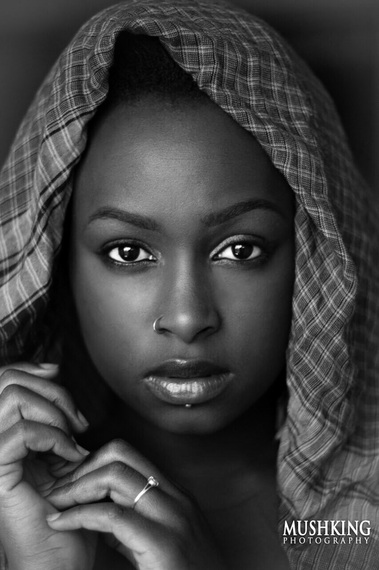 Growing up in Kenya was fun and hectic. Having lived both in Nairobi, an urban center and Kisii, which is in the country side of Kenya, I had to adjust to two very different lifestyles. Nothing -- from the games to the music to the fashion and even the language -- was the same in both places. Kisii is more reserved, and I talked in Kisii, which is the tongue there. And I played traditional games. In Nairobi, meanwhile, I got to watch all the different TV channels, ride bicycles and play Gameboys. I talked slang in Swahili and dressed up in all the latest styles. Experiencing different cultures has impacted my thinking and definitely my writing.

Tell me about the Kenyan hip-hop scene, how you came up in it as a teenager, and some of the things you experienced along the way.

When I was coming up, there wasn't as many venues or platforms for hip-hop. There were close to no radio station support for the scene, and only a few shows on radio and TV would slot in one or two songs here and there. Nothing more.

The first hip-hop show I attended was called WAPI (for Words and Pictures). It was pretty much the only show that had a hip-hop following. I used to constantly get challenged to rap in it, but I always backed away, until I chose one day to just try out and see what it felt like. I was also added to a list of rappers in an African rap battle competition called Emcee Africa. As soon as I auditioned, people were up on their chairs. The judges were impressed, and I made it to the semis then the finals. I was so scared and not too confident at that point.

Talk about the title and mood of the new mix tape. What do you most want to get across to listeners?

My new manager, Kobie Kiambu, came up with the title Let Me Xplain. And it made sense because the question people have been asking for the past two years is, "Where did Xtatic go after getting signed to a big label?" I would get tweeted and in-boxed about my silence; people even started assuming and writing articles based on assumption when I myself didn't have the exact words to say what exactly was happening. The tape isn't really conceptual, so it really doesn't have a particular mood, but in half the songs I have an introspective verse.

Talk about the single "Let Me Xplain."

The single came easy for me. As soon as my manager sent me the Roc Beat instrumental, I knew it was it. It had the proper mood and a very nice vibe on the hook, which Iddi (the singer on the hook) was able to nicely maneuver around after I gave him the title, the story in the lyrics behind it. I had two verses ready, but felt I needed to express more, hence the third verse, which is not included in the video; there is an extended version which is not on the mixtape itself. The lyrics express how I'm stronger now and that things were not as easy as everyone thinks. They also advocate hard work and explore how success doesn't come overnight. The last verse goes deeply into all the above. I speak on being judged, how my daughter affects my life each day, people's perception versus reality, meditation and finding myself.

Being a female artist comes with its challenges. You have to work ten times as hard as males, and be more consistent in order for people to believe that you deserve a title. This is male-dominated industry, and my experiences have helped me grow a tough skin and recognize that I can only get better when I am willing to listen, study the game and learn as much as I can.

Listening to the song, "Natives," a proud assertion of your African-ness, reminds me that there's so much Americans don't know about the Motherland. In your estimation, what is the greatest misconception we have?

That we live in huts, still hunting and gathering (laughs). "Natives" is a song for our people and children, about taking pride in where we come from. There is nothing degrading about being cultured the way we are. Our tradition matters, no matter how western we go.

How did the collaborations on the mixtape come about?

I knew who I would put where on each song after having had the instrumentals in place. It was mostly the artists I've wanted to work with and artists I thought may bring something different to the table. I called everyone up, even before the recording dates, sent the beats over and all of them got back excited to work. It was easy to work with every artist I chose to put on the beats, and they were as excited to work with me as I was with them.

When it comes to Kenyan cuisine, what dish shouldn't be missed?

If you visited Kenya and missed out on eating Nyama choma, you missed it all. Nyama choma is the Kenyan version of roasted meat on the grill. It can be eaten with Ugali, a staple starch in Kenya, or with some vegetables. It's usually sold outside butcheries.

For anyone traveling to Kenya, what is the experience that should not be missed?

The game reserves and parks are the one thing you should not miss out on. I myself am ashamed to say that I have never visited the Maasai Mara; but I'm planning to do so before the end of this year.