"It was an identity crisis for youth in NYC in the 1970s," explains Lee Quinones, the whole subway car "bomber" who claims the mantel of aerosol story teller for NYC's rolling gallery of public art during that nearly dystopian decade. He is sitting on a folding chair before a small crowd of gallery visitors with Glenn O'Brien talking about his youthful creative process during a time when New York was seething with raw emotion, roiling in an identity crisis of its own with social, political, and economic issues all contributing to a perception of pending anarchy.

The occasion is the end of his current show that includes work from two distinct periods: now and 40 years ago. Witnessing one clearly informs your understanding of the other. 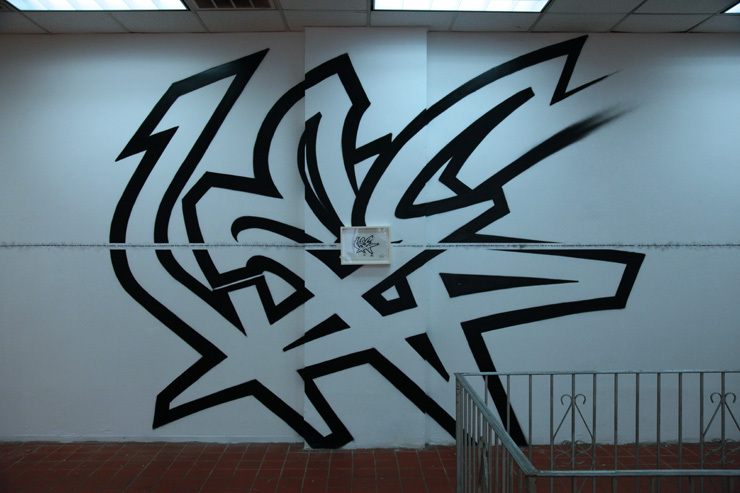 "I'm a recovering graffiti artist," the dynamo LEE likes to say with a wink, and signs of his addiction are framed around the unpolished Chinatown pop-up space to help you see how deep the scars are. Pulled directly from home sketchbooks done in 1975 at the age of 15, these original drawings, some nearly four feet across, belie the level of manic dedication and wizardry his illegal storytelling required in those rusted screeching halcyon days when graffiti tags began to metamorphose into the representational and a certain wilder style. 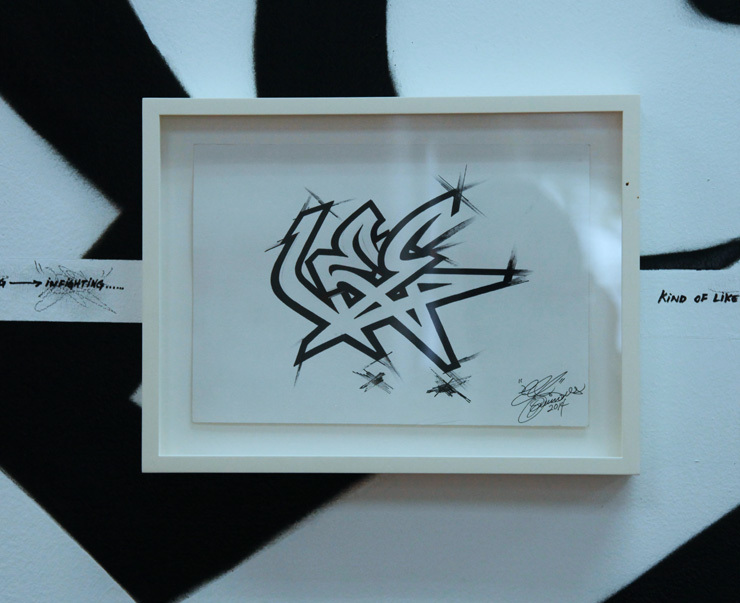 With personal graffiti influencers on the street like the expressionistic Cliff 159 and the pop-painting Blade lighting his way, LEE says he was searching for a way to break out of the "alphabet soup" of the prevailing lettering and tagging that was enveloping trains and subway stations and burning city walls.

"The small umbrella we were under was too small," he says as he describes the way he tapped into a superheroes' courage to fly from the housing projects of Lower Manhattan into social and political themes that took him up and down the number 5 subway line; his own publishing platform that reached thousands, probably millions. 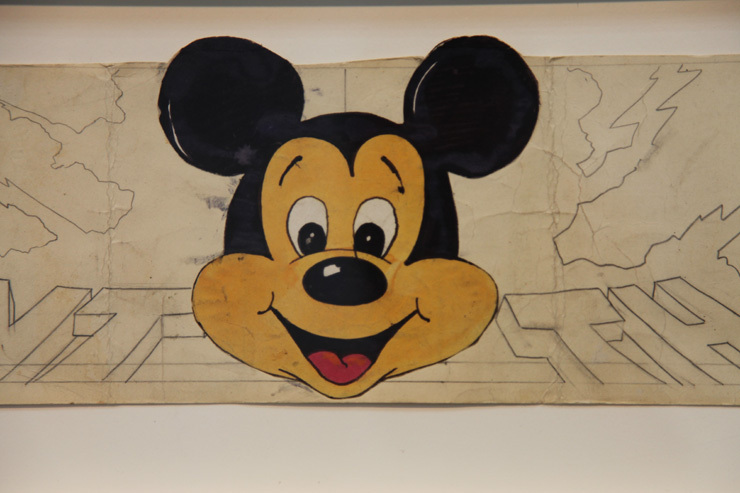 "I wanted to create storytelling on the subway. Why not address the civil rights movement?," he asks and you think immediately of the photos and film you've seen of the hand sprayed images and text addressing the Vietnam War, economic inequality, environmental degradation, nuclear annihilation, love, death, longing, community, brotherhood, and Donald Duck. A ninja in the train yards, LEE also was a conscience on the rails.

"I wanted to sarcastically address the doctrine that was being thrown at me," and he did, often collaboratively with four other writers, forming The Fabulous Five. Over that time he estimates he painted many more than a hundred complete subway cars with characters, scenes and public speeches questioning accepted truths and advocating at least a reexamination of them. 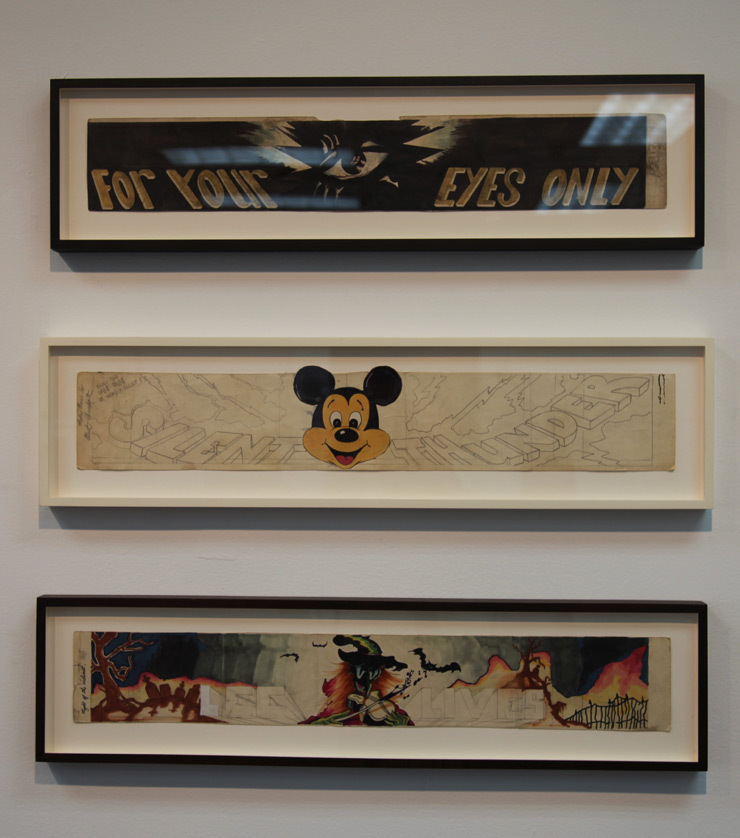 The show is a rare opportunity to see these works in person, an illuminating collection of detailed sketches, marker drawings, possible titles, poetry, crossed out ideas, musings, and paint lists. Even in his youth LEE was showing his undying commitment to his art and it's expression, wherever it lead.

"I feel comfortable being uncomfortable," he says of the winding route over four decades that now includes a very strong studio practice and shows in major institutions and work in significant collections. He says it has brought a desire to simplify. "On canvasses now I want to say more with less." 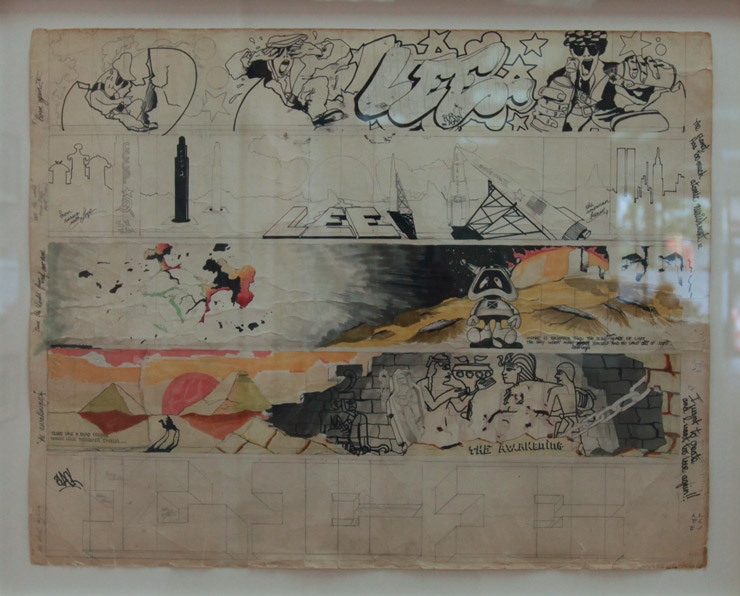 Coupled with a smaller collection of recent works, one large monochrome stylized wall tag, and his newest painting, Golpe de Suerte that includes his mother's hand-written recipe cards and lists collaged and spelling out "amor", this is a personal show not likely to be seen again.

Including his mother and her lettering style completes a cycle; that's the same 'mom' to whom he dedicated in aerosol many of his trains in the late 1970s and early 80s. Considered as a whole, this show captures a passionate imagination that is still on fire, tempered by experience. Looking at it all, free from the hype, this is the kid who you hoped you would find. 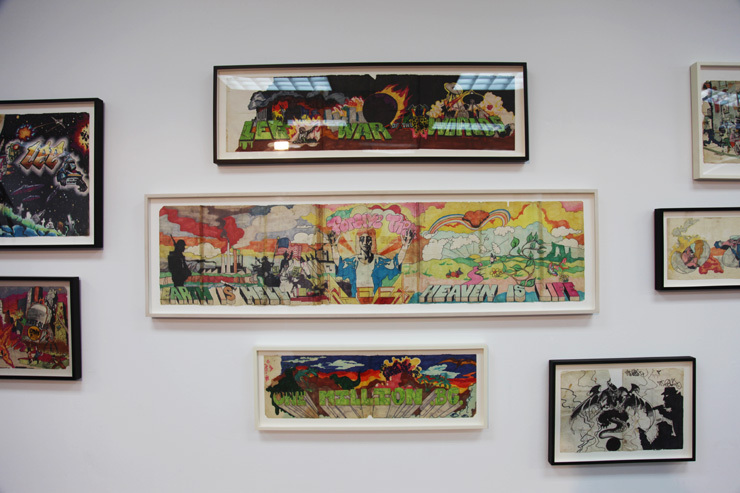 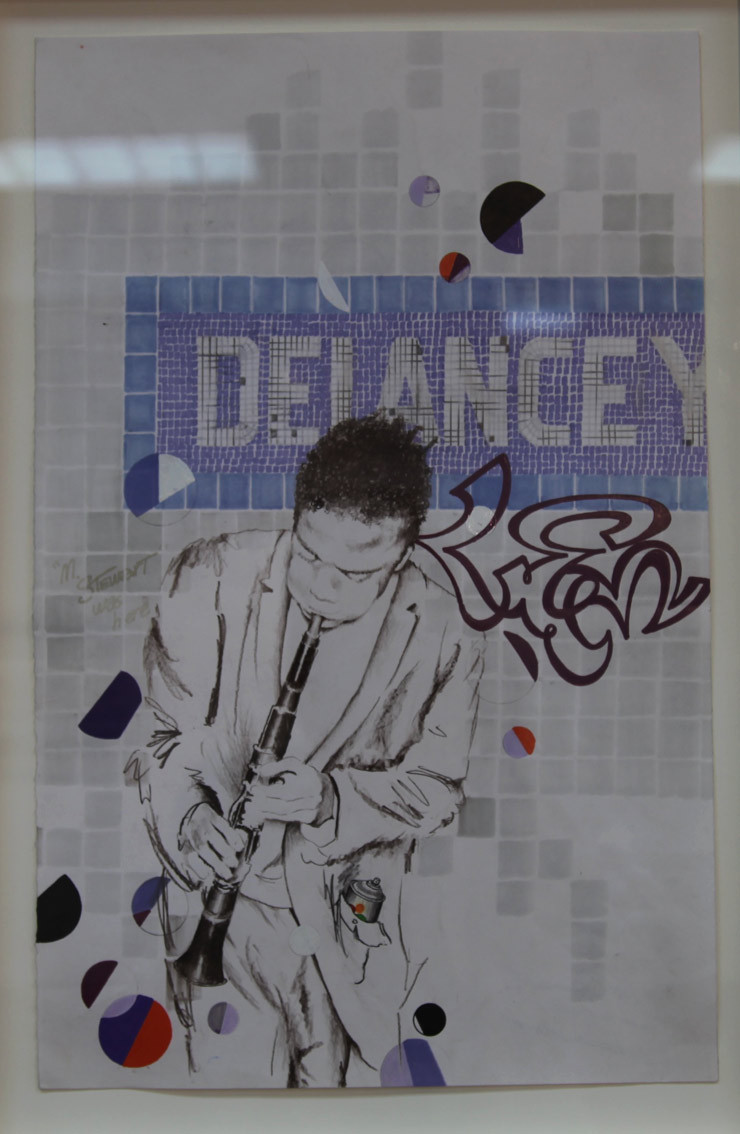 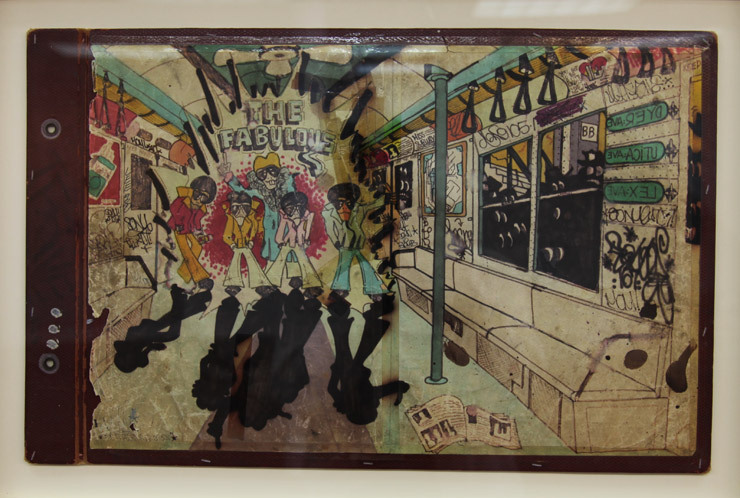 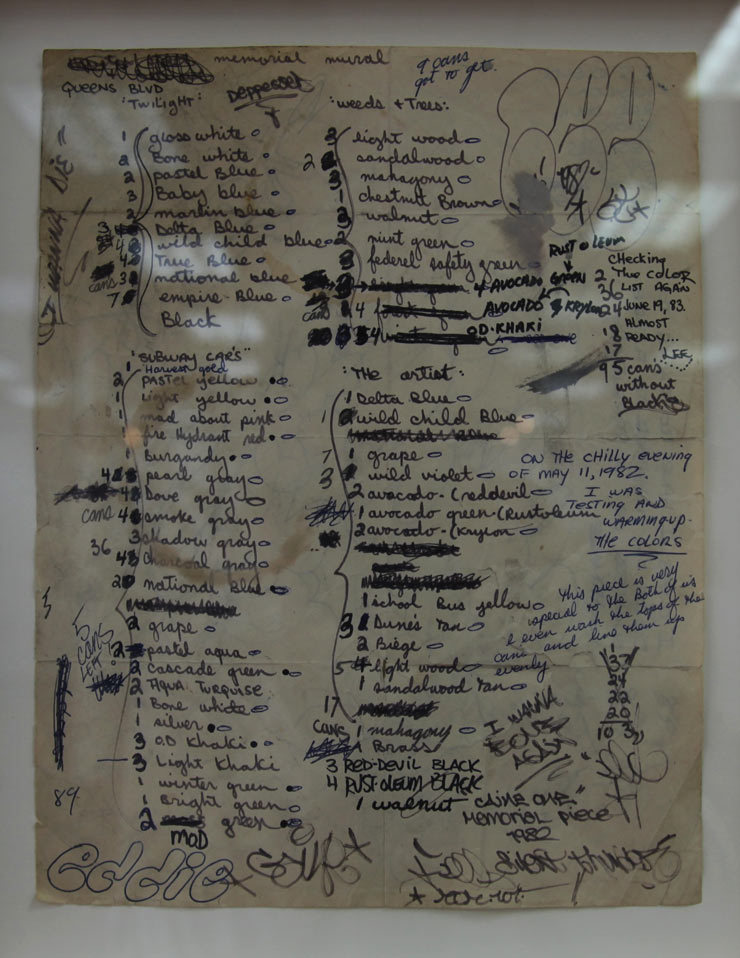 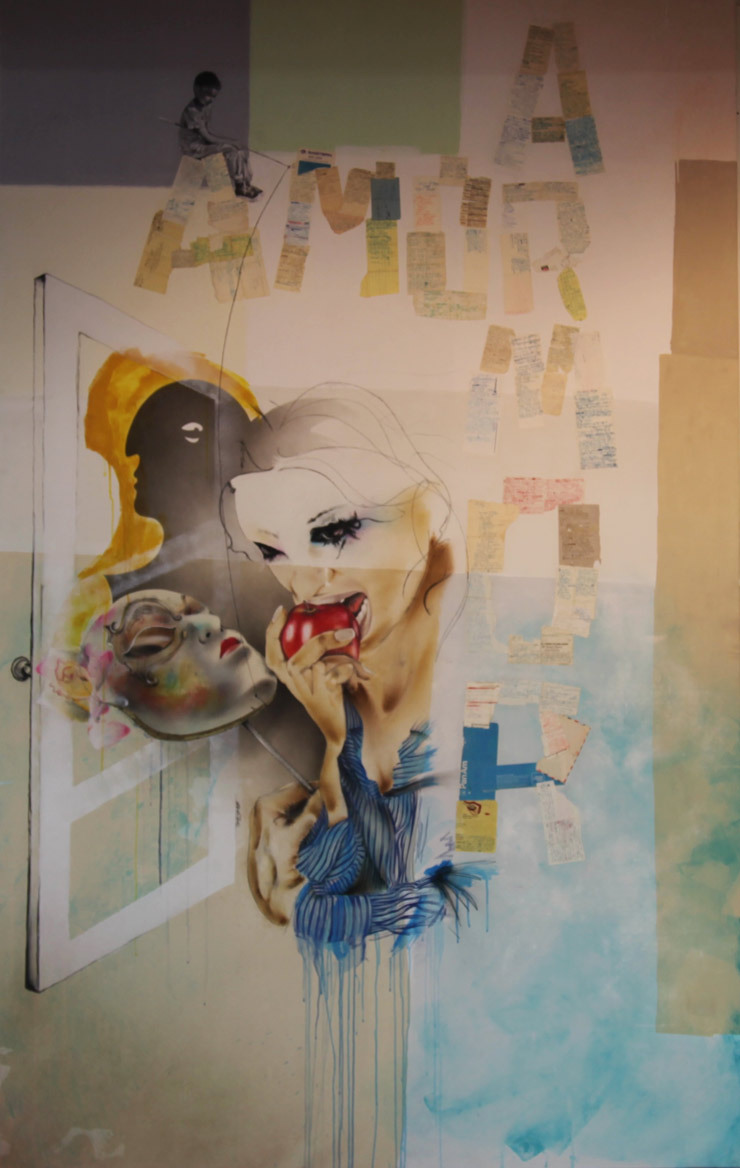 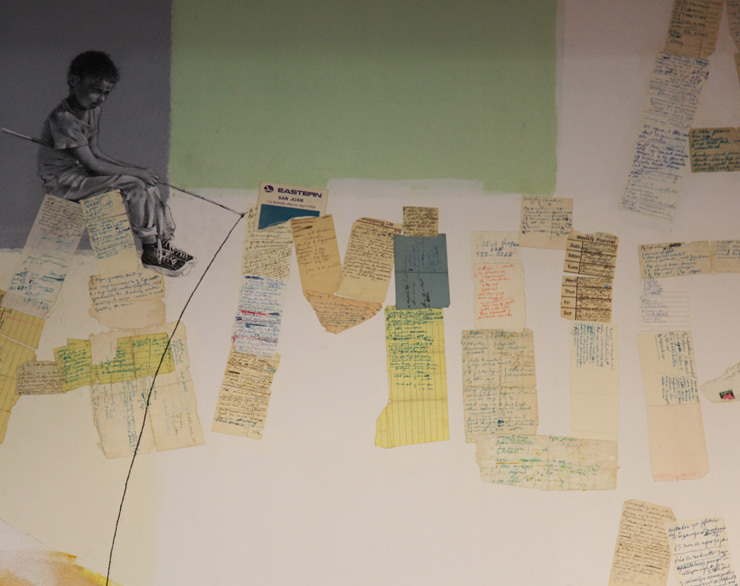 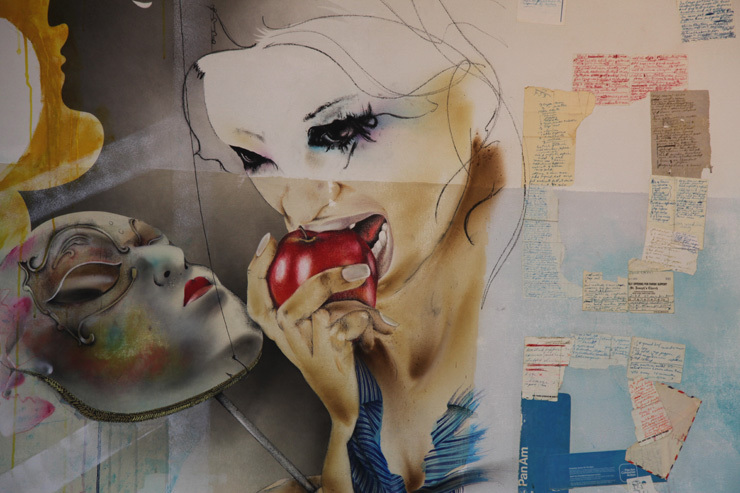