It's no secret there's a serious stigma attached to mental illness. According to the CDC, only 25 percent of people with mental health issues feel that other people are compassionate and sympathetic toward them. It's a shameful statistic when one in four people have been touched by some form of mental illness.

Experts say that part of the problem when it comes to criticizing someone's mental health is a lack of empathy and knowledge about the ailments. Yet, despite the staggering evidence and rhetoric aimed at helping people understand, many people still don't get that being diagnosed with a mental illness isn't something that's in their control -- just like having the flu, or food poisoning, or cancer isn't in their control.

In an effort to reframe the conversation, artist Robot Hugs created a comic that displays what it would be like if we discussed physical illnesses in the same way we do mental illnesses. Take a look at the graphic below.

Makes you think, doesn't it? 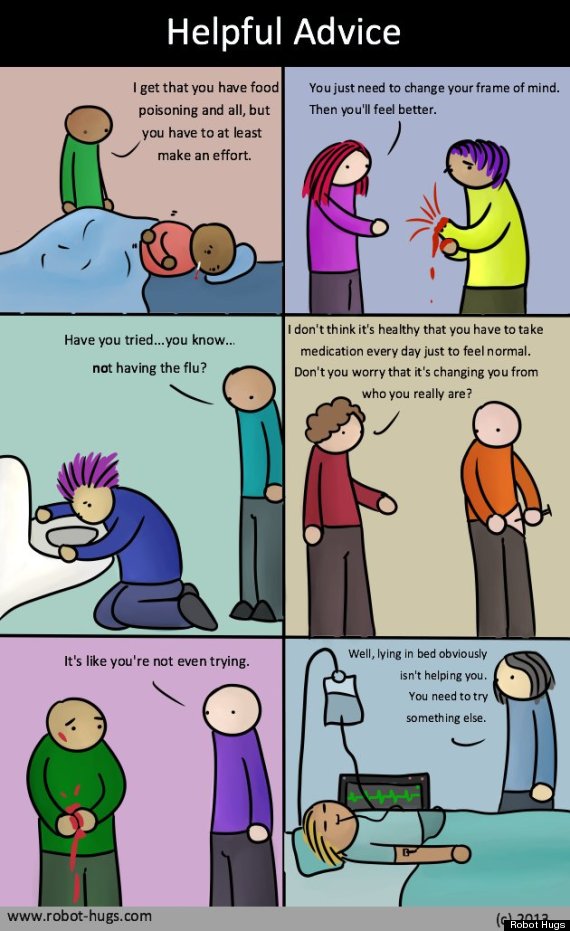 Do you have a story about mental illness you'd like to share? Email strongertogether@huffingtonpost.com, or give us a call at (860) 348-3376, and you can record your story in your own words. Please be sure to include your name and phone number.