Molly Schuyler has done it again.

On Sunday, the 120-pound mom-of-four set yet another competitive eating record when she scarfed down three enormous steak dinners in 20 minutes at The Big Texan restaurant in Amarillo, Texas.

According to the Lubbock Avalanche-Journal, Schuyler, who competed alone, was pitted against four teams of two at the eating competition. The teams included a pair of professional wrestlers and two former West Texas A&M University football players.

“We’ve seen a lot of things come through these doors but Molly... she takes the cake... she takes lots and lots of cake,” restaurant co-owner Bobby Lee told the news outlet.

According to the Washington Post, The Big Texan restaurant’s “72 oz Steak Rules" says that "if a customer can consume a steak that size in an hour, plus sides … without getting up from the table or receiving any help, he or she gets the $72 charge refunded.”

Other people have been successful at meeting this challenge. None, however, has even come close to Schuyler’s success. (The mom from Nebraska previously devoured two 72-ounce steak dinners at The Big Texan in just under 15 minutes.)

“We’ve been doing this contest since 1960, and in all that time we’ve never had anybody come in to actually eat that many steaks at one time -- so this is a first for us and after 55 years of it, it’s a big deal,” co-owner Danny Lee told KVII-TV of Schuyler's recent success.

For her steak-eating efforts, Schuyler -- who has previously clinched records for eating a staggering amount of other foods, including chicken wings, bacon and mushrooms -- walked home $5,000 richer. 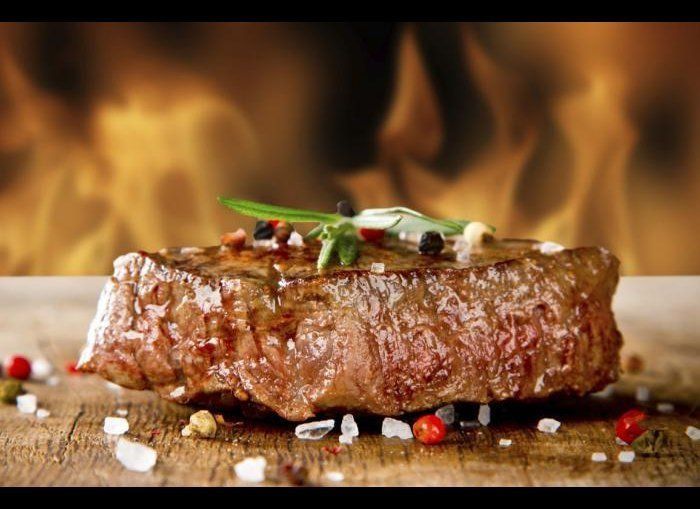 1 / 5
Secrets of the Great Steakhouses
How exactly do steakhouse chefs consistently turn out steaks that are so inexplicably tender and delicious? And why does it seem to be nearly impossible to replicate a steakhouse at home? <em>Photo Credit: iStockphoto/Thinkstock</a></em> <a href="http://www.thedailymeal.com/eat/secrets-great-steakhouses-slideshow?utm_source=huffington%2Bpost&utm_medium=partner&utm_campaign=steak" target="_hplink"><strong>Click Here to See More Secrets of the Great Steakhouses</strong></a>