The White House has released behind-the-scenes photos of the Situation Room during tense discussions of the mission against Osama bin Laden. The mission, which resulted in bin Laden's death, was announced Sunday evening.

See the historic images of President Obama, Secretary of State Hillary Clinton, Admiral Mike Mullen, and others discussing the dramatic raid below.

PHOTO GALLERY
Behind The Scenes Photos From The Situation Room
Download
Calling all HuffPost superfans!
Sign up for membership to become a founding member and help shape HuffPost's next chapter
Join HuffPost 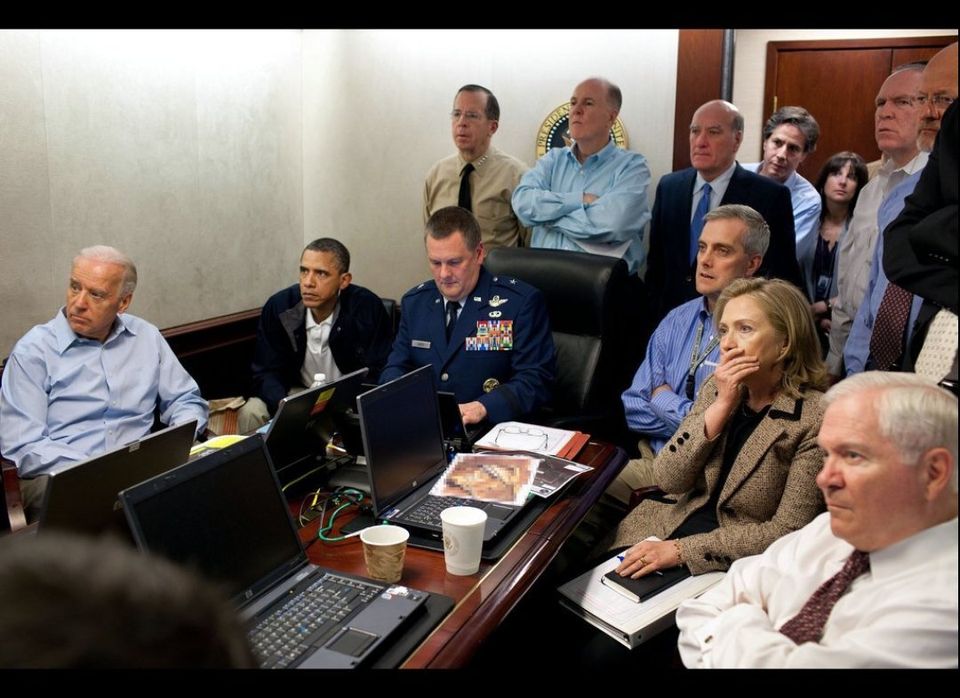 1 / 8
In this image released by the White House and digitally altered by the source to diffuse the paper in front of Secretary of State Hillary Rodham Clinton, President Barack Obama and Vice President Joe Biden, along with with members of the national security team, receive an update on the mission against Osama bin Laden in the Situation Room of the White House, Sunday, May 1, 2011, in Washington.
Pete Souza, The White House