It's the warm fish in a cold pond.

A new study published in the journal Science has identified the world's first fully warm-blooded fish: the car tire-sized opah, or moonfish. 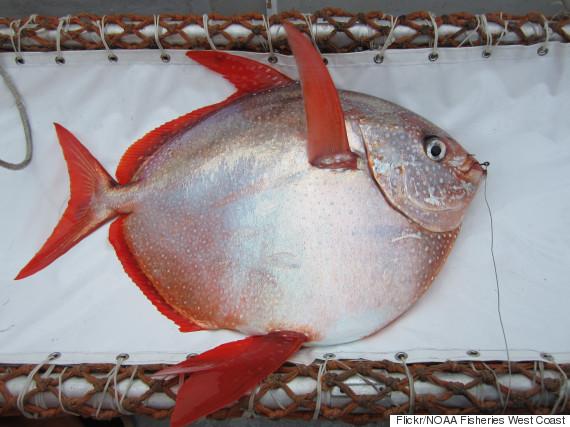 Unlike birds and mammals, which warm their bodies above the ambient temperature, fish, amphibians and reptiles are generally classified as cold-blooded, meaning they use external means to control body heat. Some fish can generate bursts of warmth with swim muscles to help them during times of activity, but the opah is the first fish found to use heat to warm its heart and brain.

The opah lives almost exclusively in the deep ocean, where fish are usually sluggish due to the low temperatures. "At these depths, even predatory fish tend to be slow-moving, waiting patiently for prey to come by rather than actively chasing it down," The Washington Post notes.

Because the opah has a specialized set of wing-like fins that can produce heat, it's able to have a competitive advantage and live as a quick, active predator, the National Oceanic and Atmospheric Administration reported.

“Before this discovery I was under the impression this was a slow-moving fish, like most other fish in cold environments,” Nicholas Wegner, a fisheries biologist with NOAA, said in a press release. “But because it can warm its body, it turns out to be a very active predator that chases down agile prey like squid and can migrate long distances.”

Other fish, like tuna -- agile predators near the top of the food chain -- can warm their muscles through similar processes, but their bodies cool when they dive to deep depths. They must return to the surface to warm back up, NOAA said. But the opah uses a unique set of gills that resemble a car radiator, which allow the fish to stay in cold depths full time.

“Nature has a way of surprising us with clever strategies where you least expect them,” Wegner said. “It’s hard to stay warm when you’re surrounded by cold water, but the opah has figured it out.” 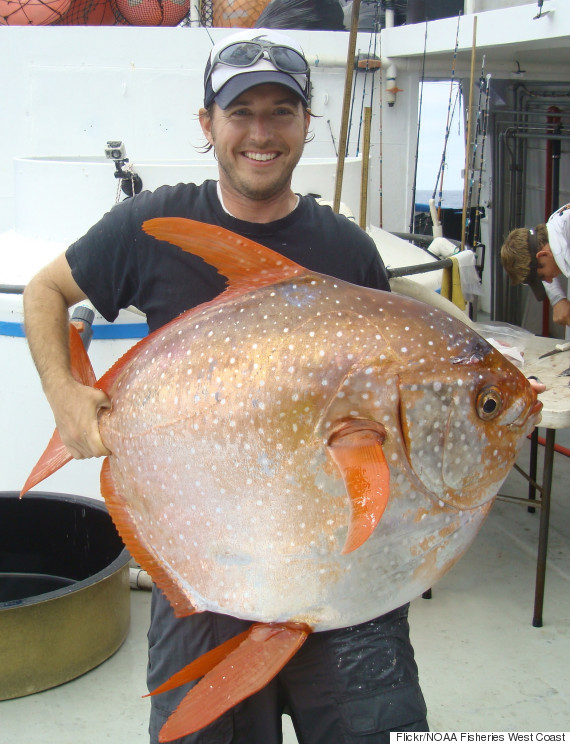