Lebanese Prime Minister Saad Hariri announced his short-lived resignation in early November under heavy duress from the Saudi Arabian government, according to a New York Times report based on the accounts of Lebanese, Western and regional officials, as well as other figures close to Hariri.

Veteran Middle East watchers immediately suspected that Saudi Arabian pressure was at play when Hariri suddenly resigned on Nov. 4 during a visit to Riyadh, Saudi Arabia. The Times’ report confirms those suspicions and adds new details about what occurred.

The officials and associates of Hariri who spoke to the Times portray a cringe-inducing saga in which Saudi Arabia, under the direction of Crown Prince Mohammed bin Salman, subjected Hariri to demeaning pressure, handed him a pre-written resignation speech that blamed Iran for his departure and effectively held him captive to ensure that he would commit to the resignation.

The plan was intended to diminish Iranian influence in the region, including the power of Iranian-backed militia Hezbollah in Lebanon, potentially by sparking a regional crisis, according to the Times.

But after facing backlash in Lebanon and from Western governments, Saudi Arabia consented to let Hariri return to Lebanon. He withdrew his resignation earlier this month. The incident unraveled into a fiasco that cost Saudi Arabia dearly in terms of diplomatic fallout. At best, it generated modest policy wins.

Several Middle East policy experts reacted with shock at the revelations in the Times’ report.

Shibley Telhami, a Middle East politics professor at the University of Maryland, wrote on Twitter that the article “seems to confirm many of the worst rumors not only about Saudi treatment of Hariri, but also of others.”

“If the details are accurate, expect more trouble ahead,” he added.

Hariri ― like his father, former Prime Minister Rafik Hariri, who was killed in 2005 ― has strong ties to Saudi Arabia. He holds dual Saudi Arabian citizenship, was born in Saudi Arabia and owes his immense wealth to business holdings there.

Saudi Arabia therefore views him as a crucial ally in Lebanon, where the oil-rich Sunni regional power competes with Iran for influence. But Hariri governs in a coalition that includes Hezbollah and allied figures, including President Michel Aoun.

Saudi Arabia reportedly grew frustrated with Hariri’s ability or willingness to curb Iranian influence. The event that appeared to prompt Saudi Arabia to summon Hariri to Riyadh was an amicable meeting on Nov. 3 with a top Iranian official.

Hours after the encounter, the Saudi king invited Hariri to Riyadh, supposedly to spend a day in the desert with the crown prince, according to the Times.

Hariri didn’t hear from Mohammed bin Salman upon his arrival, but was summoned early the next morning for a meeting with the prince. Instead, Saudi officials “manhandled” Hariri, confiscated his cell phone and deprived him of all but one of his bodyguards, people familiar with the matter told the Times. Lebanese officials described what happened next as a “black box.”

Hariri delivered his pre-written resignation speech on Saudi television in the afternoon.

A coordinated diplomatic blitz from France, the United States, Egypt and other nations secured Hariri’s release and return to Lebanon. Mohammed bin Salman wanted Hariri to get Hezbollah to withdraw from Yemen, apparently unaware that Hezbollah is not a significant player in the Yemeni war, according to the Times. He may instead only succeed in persuading Hezbollah to tone down their anti-Saudi rhetoric.

In response to inquiries by the Times about Hariri’s ordeal, a Saudi official said only that Hariri was “treated with the utmost respect.” Hariri did not respond to requests for comment. And both the Saudi official and a spokesman for Abbas denied any plans to cultivate violent resistance to Hezbollah from within Palestinian refugee camps in Lebanon.

But the Times report is consistent with the aggressive and seemingly brash Saudi foreign policy spearheaded by Mohammed bin Salman, the 32-year-old heir to the Saudi kingdom. Even before the crown prince formally supplanted a much older cousin as royal heir in June, he had escalated Saudi Arabia’s role in the brutal war in Yemen, where a Saudi-led bombing campaign and shipping blockade aimed at dislodging the Iranian-aligned Houthi rebels has created an unprecedented humanitarian crisis.

Mohammed bin Salman also masterminded a regional blockade against neighboring Qatar over its support for the Muslim Brotherhood and relative amicability toward Iran. Many analysts say they believe the attempted crackdown has only nudged Qatar closer to Iran.

In addition, the crown prince conducted mass arrests of wealthy Saudi businessmen and other prominent officials in November with the supposed goal of rooting out corruption. But outside observers maintain that Mohammed bin Salman’s real aim was to consolidate power and silence critics, noting that the arrestees included political rivals within the Saudi royal family.

Wow. If this NYT piece is accurate, Crown Prince Mohammed bin Salman is dangerously out of his depth. https://t.co/p39ThWAAgJ

The latest revelations about Mohammed bin Salman’s conduct are likely to raise questions about President Donald Trump’s warm treatment of the Saudi government in general, and the crown prince in particular. Trump tweeted his approval of Mohammed bin Salman’s supposed anticorruption purge in November, expressing “great confidence in King Salman and the Crown Prince of Saudi Arabia.”

Jared Kushner, Trump’s son-in-law and senior adviser, has reportedly developed an especially close relationship with Mohammed bin Salman. Kushner visited the crown prince in October and they stayed up until 4 a.m. plotting strategy, according to a Washington Post columnist.

CORRECTION: A previous version of this story said Rafik Hariri was killed while serving as prime minister. In fact, he was killed after he left the office. 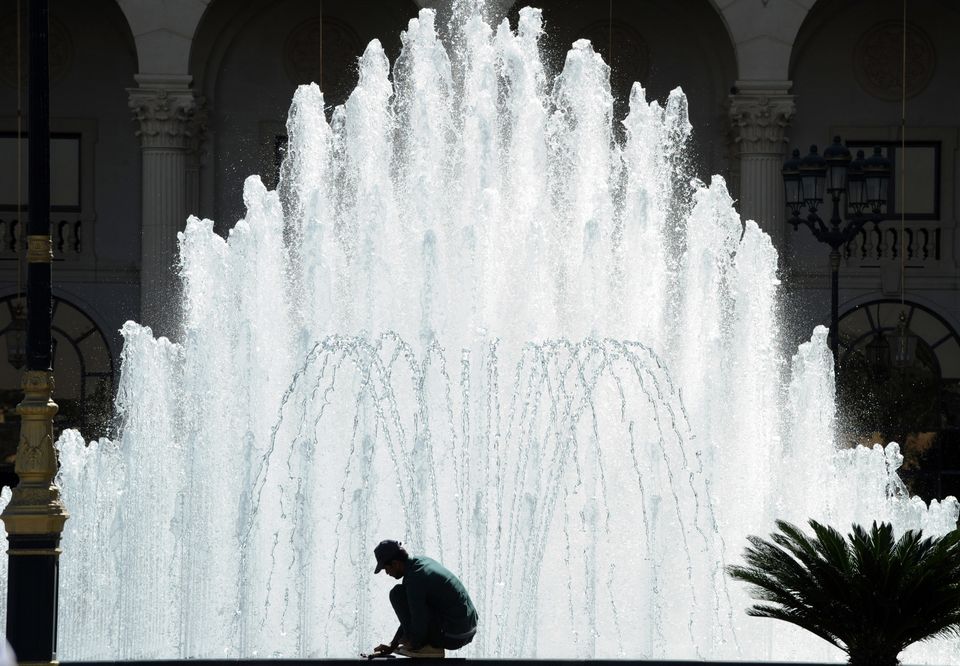 1 / 5
A worker cleans a fountain at the entrance of the Ritz Carlton hotel.
FAYEZ NURELDINE via Getty Images