The idea of a road trip in summer can either make you cringe or bring joy to your heart.

I got the idea of taking a road trip this summer when I drove from Los Angeles to Austin about a year and a half ago for the purpose of moving to the city of music. That road trip obviously didn't count as a vacation. It was more like a rite of passage, but it did give me pause to think that I might like to see more of the U.S. by car.

It had been decades since I was "on the road," or drove parts of Route 66. But I finally found a perfect excuse to plan a road trip. My two oldest grandsons were attending camp in Casco, Maine, and I wanted to visit them. Or more than likely, I wanted to go on a road trip and visit.

However, I needed my boyfriend to sign on. After all, he was a fighter pilot back in the day. and he was probably the best navigator I could find. I don't think the man blinked when I mentioned a road trip. He signed up with an even better plan than I had imagined: fly to Boston, rent a car, drive to Providence, RI, to Portsmouth, NH, and Portland, Maine, where we would meet up with my family to visit camp on parent's day.

My thought was that once in Maine, we could go back to Woodstock and re-live the 70s. However, my boyfriend is a much more adventurous traveler, and he suggested Canada: Quebec City, Montreal, Ottawa, and Toronto. Then I chimed in with Woodstock again with the pretext of visiting a best-friend-forever living in the area, then drive through the lovely and lush western Berkshires (West Barrington to be exact), and back to Boston for 2 days of sightseeing. I had to see Paul Revere's house and Faneuil Hall.

The idea of the road trip was thrilling, and the excitement of selecting an Airbnb in each city was a creative way to stay connected to the cities and the people we visited. On paper, it looked fabulous. In reality, it was even better.

Boston's traffic was maddening as we crawled along the freeway Friday afternoon. It took hours to get out of the city and more hours before we found a semblance of an open road. But it was worth it. We found our Airbnb house on a small side street, and after a wonderful conversation with the owner, we drove to the cozy center of town. As we exited the car, we stepped into a restaurant that was right out of a New England poster. 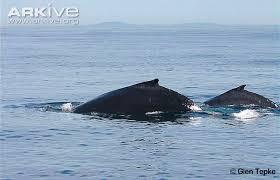 Providence set the tone of our trip. Early the next morning we got espresso and the most delicious croissants at a local coffee shop on the docks as we waited for the whale watching ticket office to open. We took the early tour and set out for three and a half hours of watching 29 humpback whales feed in the Providence Bay and outlying seawaters.

I was transfixed and obsessed with the feeding habits of whales - how they teach their young to sustain life by modeling detailed activities to feed themselves. For the entire boat trip, I watched young whales being schooled by their parents in a ritual that I am sure all mammals perform for their offsprings. Yet, to see it played out in the ocean with the grace, care, and speed that these huge fish exhibit was astounding.

Several times during the boat tour, there was complete silence on board and in the sea. I couldn't hear anything except silence. The minutes ticked off and still there was silence. I watched the sea intently, holding my breath, waiting and waiting, and then, as if on cue, three humpbacks appeared and skimmed the water silently with the surgical precision of a doctor's scalpel. Not a sound was made as the whales submerged and reappeared as if the world stood still, as if the earth had stopped moving on its axis.

It took me a while to remember that other people were also on the boat. In the middle of my whale watching vigil, I had been transported to an "other" world - a world without noise and chaos. Besides the spouting of the water from the whale's nose and the tail making a relatively light graceful splash as it entered the ocean to regroup its young ones, the feeding exhibition that morning was so smooth and quiet that I knew the universe was not one iota disturbed. 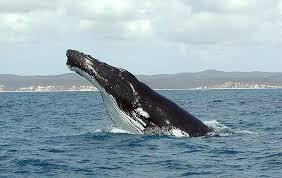 The noisemakers were the birds that clustered and sat on the beaks of the whales while the whales quietly sucked the ocean fish into their mouths. This was a bird and a whales' ritual as they danced in synchronicity. It was exciting to watch mammals nurturing their young with focused and conscious intention. The absence of struggle produced grace in motion.

From that moment on, I wanted to be like the whales, living with focused attention, making every movement count, trying not to struggle, increasing the positive and reducing the negative so that the silence of the whales would live on.

I felt the same silence in Portsmouth, a town so lovely, quaint, and peaceful that I wanted to move there, to Casco, Maine, and my grandsons' beautiful camp where the children were noisy but joyful, and on into the provinces of Quebec and Ontario where I experienced yet another transformative moment surrounded by the solitude of the land. There was a distinct difference when entering and leaving Canada - a difference of quiet peace and the feeling of being safe that I don't experience so often in the U.S. Maybe it was because I was on vacation, and maybe it was because I was listening to the silence of the whales.