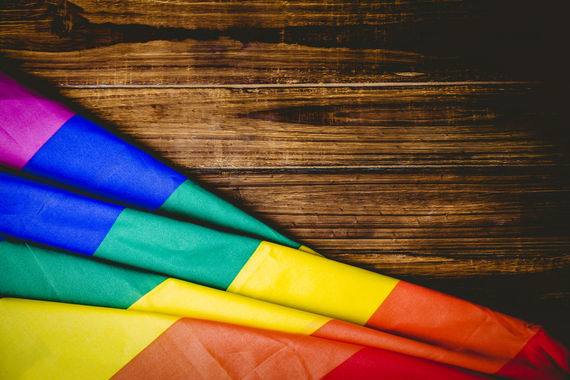 In a group of my colleagues, I made several attempts to contribute to discussions about homophobia and reparative "therapy". I thought disclosing my sexual orientation would give me instant credibility on these issues. Instead, I was surprised to find my voice would largely go ignored. I would feel excluded, confused and frustrated, but to avoid offending others, I would walk away from the conversation.

Recently, when the topic resurfaced, I noticed the same perspectives again took center stage. Like before, I tried interjecting my voice, and again, I was ignored. While my colleagues continued discussing a topic that I personally understood, I struggled with whether to keep quiet or get louder.

Gay voices weren't very involved in the conversation at all. The loudest voices came from the straight members of the group, who pontificated and passed judgment, while thinking they were "true advocates" of the gay community. Yet, they wouldn't even acknowledge a gay man's point-of-view on the topic. I realized that I couldn't stay silent any longer.

I reminded them they're all part of a biased system. I pointed out that conversion and reparative "therapy" only exist because shame continues to be a problem for LGBT people. I told them that they weren't exempt from the label of being homophobic.

My perspective was finally acknowledged, but not like I had hoped. Suddenly, I was on the front lines of having my credibility, intelligence, and integrity blatantly and passively insulted. I then realized that I was on the receiving lines of straightsplaining. Their insecurities surrounding lost dominance and discomfort became more important to them than gay advocacy.

Feeling pushed into a corner, I was aware that my colleagues might not understand my perspective. I wanted to exit the conversation, until I asked myself, "How many times have I faded into the background, only to let straight people take center stage on a topic that I understood better than them?" Looking back, I could identify countless times. I would succeed at keeping the peace, but undervalued myself, and my community in the process.

Because of my own previous lack of awareness, I realized the importance of identifying straightsplaining while it's happening. When I was unaware of it, peacekeeping felt more important than my own point-of-view. However, when I realized what was happening, I held to the value of myself as a human being, and of my perspective.

Here are signs that straightsplaining could be happening to you:

Ignoring a gay community representative
Those who've never experienced homophobia are speaking about it like experts. Meanwhile, you're not viewed as necessary to the conversation.

Changing the subject
When faced with legitimate points, the group might change the subject. It becomes less about advocacy, because those who are part of the privileged group don't want to take responsibility for their part in an unfair system.

Questioning a gay man's self-awareness
There may be questions about acceptance of your sexual orientation or self-esteem. Straight allies can offer support, but have no claim on understanding internalized homophobia better than you.

Personal attacks of integrity
You might be called manipulative, unprofessional, incompetent, or worse. Or you could be treated like you must prove your integrity.

Ignoring their own part
Those who view themselves as advocates can have shame surrounding acceptance of their part in an unjust system. Sometimes the avoidance of shame is so powerful, the agitation can result in trying to shame you.

Intelligence is passively insulted
Information is presented to help "educate" you. This is based in assumptions that you don't already have this information, and need their help to get it.

Needing to be right
Winning an argument is more important than open discussions focused on solving problems of social justice for gay men.

In the end, the discussion with my peers ended on a cordial note, but also a stalemate. I was offered the labels of "honorable" and "decent" from those who had previously ignored, insulted, and disrespected my perspectives. These people never took any responsibility for their part in a system that allows mistreatment of gay men, or sexual orientation change efforts. Instead, I was told that I was personally accepted in a conversation that wasn't supposedly about me at all.

And so the wall stood up tall and remained held up by displays of dominance. It was there that I was reminded of the disconnected space that can exist between an ally and a gay man.

But at least I valued my own voice.