As we all know, marketing to the social media powered generation takes careful planning, tact, subtlety, and style.

Actually, modern marketing is far less about strategy and well-planned execution than about being timely, witty, and snarky. And nowhere is this more apparent than the Tweetosphere. While a brand used to have to spend zillions of dollars to get its ad on TV or its logo on a billboard, now social media like Twitter make it possible to reach millions of people quickly, without spending millions of dollars.

But while Twitter can be inexpensive advertising, it only really works if a brand can get traction out of their tweets. In other words, the entire Twitter universe is interdependent. A tweet doesn't make the rounds unless a lot of other people retweet it, so it's one of the most honest forms of 'advertising' there is. And on Twitter, when a brand hits it big, they can hit it real big. Without any further ado, here are the top 10 best marketing tweets I've ever seen:

10. Mars Phoenix When the Mars Phoenix Lander confirmed that it had found what its mission was to find (ice-water on Mars), it tweeted this:

Really though, while NASA isn't a brand in the traditional sense, their ability to 'market' is actually somewhat mission critical (see what I did there?). They're dependent on public opinion to a certain extent in terms of funding, so it's just as important for them to connect with and inspire the public. Social media is the perfect inexpensive-yet-effective outlet for them.

Pretty much the only thing that could have made this more awe-inspiring would have been if Smirnoff Ice had gotten wind of it and tweeted, "Mars: You just got iced."

[Bonus: We now know that one can tweet from outer space. #spacetweet]

9. Jif® Peanut Butter Ending the controversy over the pronunciation once and for all, and makin' it stick(y): 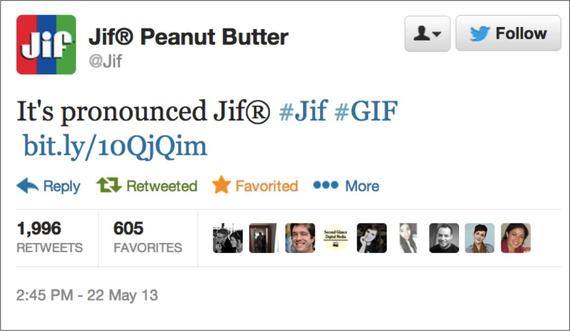 8. Oprah Winfrey In possibly the most brand-consistent tweet I have ever seen, Oprah's first foray into social media is as sidesplitting as it is loveable. While not advertising in the traditional sense, I don't think there could have been a way for her to create more brand loyalty than by referring to her followers as TWITTERS. I know I would have shared this like crazy (actually, I just did):

My favorite part? The space right after THE TWITTERS and before the period. HI I LOVE YOU OPRAH . #grammar #spacetweet 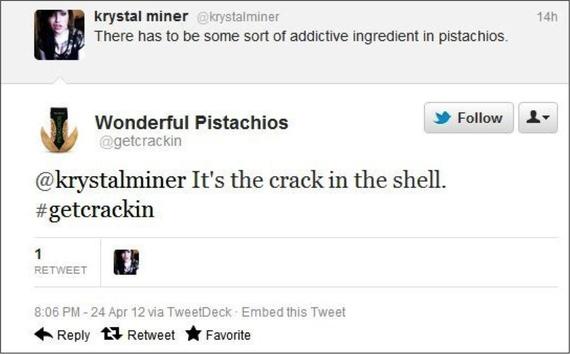 6. SEGA Interaction with social media followers is always a potential goldmine for brands, but SEGA really hit the motherlode with this comment (be sure you read the follower's tweet first): 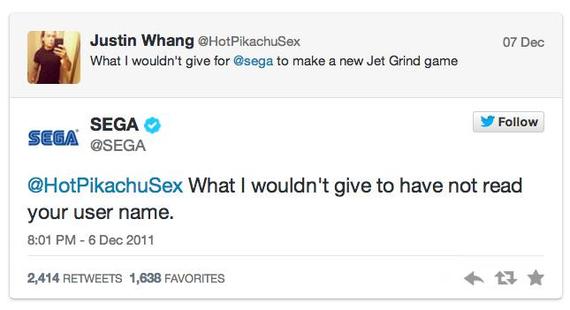 5. Arby's Live tweeting is the best (#obvi), and this gem by Arby's demonstrates the power of tweeting during huge live events like the Grammy's. These mega-events are some of the only time millions of Americans are doing the same thing at the same time (watching the show while checking to see what people are saying about the show on social media), which makes them huge advertising opportunities.

Is it lame to say that this tweet made me really really Happy? #yes #spacetweet 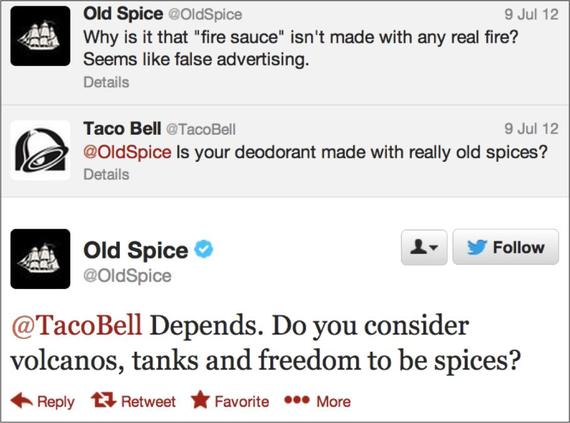 3. Delta Airlines Oh. My. God. Becky, look at this tweet: 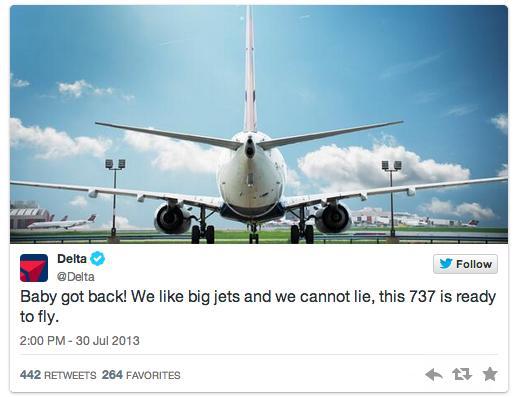 2. Nestle Butterfinger This is a sweet example (get it?) of riding the wave of a topical event like tax time to advertise-without-really-advertising:

1. DiGiorno Pizza Aaaaaand the moment you've all been waiting for, the absolute best marketing tweet I have ever seen. This was in response to the truly appalling massacre that passed for Superbowl 2014:

It's the #DiGiorNOYOUDIDNT that elevates it to art. The only thing missing - and truly, the only thing - was, you guessed it: #spacetweet.

And while this last one is not a brand, I couldn't help but include it. It is these classic exchanges that are, to me, the unsung heroes of the Twitter landscape. I would favorite this so hard: 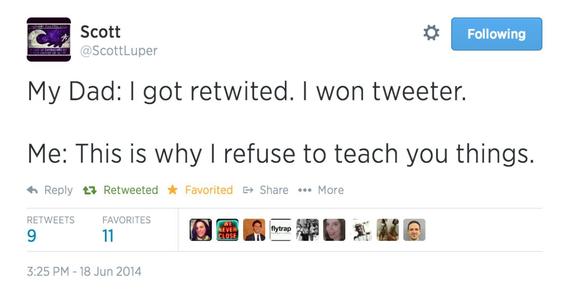