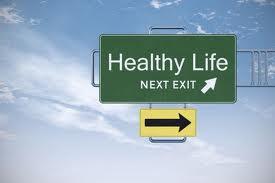 Black Americans and other Americans of color have endured many hardships ever since twenty Africans set foot in Jamestown, Virginia in 1619. For 85% percent of our nation's existence, white-imposed systems of oppression via slavery and Jim Crow "separate but equal" were the bloody and violent norm. Since that time, the persistence of racial discrimination has remained a routine part of their everyday experience. Black folk have worked very hard on a steady path of social mobility through group uplift and self-determination against overwhelming odds. In this milieu of racist deprivation, some black Americans have managed to find economic, political and other forms of success against the hegemonic countervailing forces of white institutional racism and all of its permutations that thwart black life as we know it. This systemic inequality has an impact on more than class position. It influences human biology and physiology at the cellular level, leaving the bodies of the poor, the impoverished, and the targeted more vulnerable to chronic disease.

Epigenetics is the science of how the external environment affects us at the molecular level by altering gene expression and function that can, in turn, be heritable. It refers to chemical modifications or "tags" that mark specific genes around the intricate DNA complex. These modifications can alter gene expression influencing our biology and function. Think of a tag as a volume control knob that signals the gene to turn up or down its programmed function. Our genes listen for cues from the environment such as the food we eat, the kind of milieus where we live and work, the circumstances of our birth, and the race and class-based interactions we share with one another. These factors, in part, determine how our genes respond in ways that expose more vulnerable populations to disease.

Human wars, famines, droughts, plagues, physical and emotional abuse, and other forms of social deprivation not only leave their mark on society in harmful ways, but they also reek havoc deep within the cells of our bodies. The cells react to stressors in the larger social structure at crucial developmental times in the womb that have an influence on human health later in adult life, leaving us more sensitive to our environment and susceptible to disease. The longitudinal Dutch Famine Birth Cohort that began shortly after World War II in 1945 captures the complexity of environmental factors on our genes. The study analyzed the long-term physical and emotional effects in children who were exposed to maternal malnutrition in the fetal environment. They found that poor nutrition leads to epigenetic changes in gene regulation of the fetus and its developing biological systems, which predisposes cells to certain diseases of slow accumulation that include obesity, kidney disease, lung problems, cardiac disease, breast cancer, and a host of additional physical and mental health disorders.

In epidemiology and other closely related social science disciplines, it has been well established that social class position is inversely linked to poor health. Further, it is well known that health status follows a social gradient with class-based differences in disease frequencies that mirror society. African Americans are constantly relegated to the margins of society where there are continuously exposed to the mundane effects of white-imposed discrimination. Within this space, many African Americans endure daily hassles and sustained assaults for just being black. These micro-aggressions can have negative health-related consequences for their mental, emotional and physical well being by epigenetically-altering the expression of certain cells that control for important bodily functions. Research over the last four decades has mounted strong evidence that race-based mistreatment on the basis of physical characteristics (i.e., hair, bone, lips, skin color, eye shape, etc.) takes a heavy toll on black people not only at the social, political and economic levels of society, but also at the physiological level where cortisol, the body's "fight or flight" hormone, is seen at elevated levels in African Americans. DNA and its sequencing is genetically programmed to perform functions of the body such as this very stress response. However, biological processes that regulate these functions can be epigenetically altered to increase the physiological stress response in the body at a rate higher and longer than what is normal. This, in turn, can influence the normal function of a cluster of differing cells that regulate blood pressure, kidney function, and cardiac function. Scientists can now investigate these epigenetic modifications on cells induced by the environment such as in the Dutch famine example.

The science of epigenetics is unlocking significant clues as to how racial discrimination can induce changes to the expression of certain genes linked to biological development and the existence of disease. These epigenetic changes can linger for a lifetime and can potentially be transmitted to offspring. Because black Americans and their forbears have endured over 20 generations of white-imposed race-related inequities in every major sector in society, including persistent race-based discrimination in housing, education, healthcare, jobs, and the prison industrial complex, they carry a higher burden of disease. Health and disease are no longer purely infectious in nature, but instead, social and environmental factors account for most chronic disease. It is a function of the dynamic interaction between our genes and the larger society, and epigenetics is providing deeper understanding as to how our genes operate in these situations.

African Americans and their descendants have paid an exorbitantly high price for living in an unequal society in a number of reprehensible ways through the practice of forced labor, high incarceration rates, frequent under/unemployment and low educational expectation. And now, significant health care challenges are among the more salient forms of white on black discrimination. In the absence of sweeping governmental reforms that place human rights over property rights, African Americans must take greater ownership in their own health care by becoming better informed on effective ways to reduce stress--to the extent possible given the maintenance of systems of domination and oppression--to have an impact upon the quality of black life. Otherwise, these persistently elevated stress levels from chronic exposure to race-based discrimination have been shown to be physiologically and mentally bad for health and well-being, both at the individual and institutional levels of society. The result is epigenetic tags with harmful gene expressions.