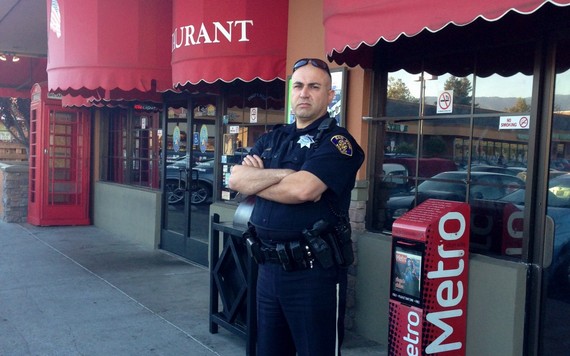 If you're a techie in Silicon Valley today, chances are you have a six figure salary and a pretty comfortable living situation. But what if you don't work in tech? What's it like being in Silicon Valley when you have to struggle to make ends meet and you see twenty-year-olds with million dollar mansions?

"I resent the people that got lucky and got to just go to college, get a job, buy a house, be rich instantly and by the time they're 30, they're super rich." - Radel Swank (school teacher)

You can listen to my report at BBC Business Daily (starts at 11:00 in the BBC podcast). The program aired on November 3rd, 2015 on the BBC World Service and San Francisco's public radio station, KALW. Although my report focuses on Silicon Valley, the income inequality described in this report is a huge problem all across the United States, and is likely to be a big issue in the 2016 U.S. Presidential Election.

Here's an edited transcript of the program and report (plus some bonus material from the most articulate cop I've ever met).

Zoe Kleinman: We gave Silicon Valley journalist, Alison van Diggelen the difficult assignment of popping out for a drink in the local bar, to find some people not in the tech sector. Some less than enthused residents of Silicon Valley.

Sounds of Britannia Arms Bar, San Jose (includes bar hubbub and cursing when beer is spilled on a precious iPhone by a tech worker )

Alison van Diggelen: I'm here at a popular watering hole in SV to explore the economic and social impact of the tech boom on the local community. It's a tale of two communities: the haves and the have-nots; the techies and the non-techies. When I speak to people working in tech, they have no complaints. Life is good. Biz is growing, and there's plenty of money flowing. Yet for those not in tech, like teachers, police officers and the service industry, life in Silicon Valley is not so rosy, especially if they can't afford to buy a house.
Home ownership is the great divider in SV. With house prices growing to an average of $1M this year, most homeowners are sitting pretty with a healthy nest egg for retirement. Those forced to rent are feeling the pinch.

Here's Bruce, a longhaired Grateful Dead fan, who lives in a trailer in San Jose. He works in the sports industry.

van Diggelen: That a lot for a trailer, is it not?

Bruce: Yeah, but I heard there was a trailer in the Hamptons that sold for a million dollars... So I thought that was a pretty good deal.

van Diggelen: So tell me: why do you live in a trailer here?

Bruce: Cos it's the only thing I could afford. When I moved out here in '93 I shoulda bought a place... By the time I decided I was gonna stay it'd went through the roof. I couldn't afford it, so I just rented. Anything that we woulda wanted woulda been about $650... $700,000. It woulda been $5000 a month, so we bought a nice little frickin' trailer in an over 55 (years) area. Works great for me.

When I first moved out here 23 years ago, if I'da bought a place then at $140,000 I woulda sold that place and been long gone. I'da been on Easy Street.

van Diggelen : For others like Radel Swank, a teacher in her 50s who recently lost her job and her home and plans to leave SV for good, life is a daily struggle.
Radel Swank: If you're one of the lucky people and you're in the tech groove, everything's great. You're making great money, you're riding the wave. It's great. But if you're not in the tech groove and you're a teacher or a waitress, you're unlucky. I resent the people that got lucky and got to just go to college, get a job, buy a house, be rich instantly and by the time they're 30, they're super rich. I feel like luck is part of it.

Right now I'm renting a room in a house... It's just weird after having my own place and my own space for 10 years, to be in a little room, sharing a bathroom with some guy I just met yesterday.

Alison van Diggelen: Does part of you wish you were in the tech community, ride the tech wave?

Swank: I am a little envious. My roommate, the one who owns the house. She obviously has an awesome job (in tech) because she owns a beautiful house and she's in her 20s. I'm a little resentful and envious that she is that young and that successful. When I was that age, I was waitressing and working my way through college. How do some people get so lucky?
Anyone who's not in this tech environment can't afford to live here any more. SF rents are like $2500 for a studio. You can't live on $15 an hour and pay that kind of rent. It's out of line with reality. A lot of people who've been in SF a long time are being pushed out, unless you bought your home 30 years ago, then you're OK.

If you're someone like me in the middle you can't make it here. I'm really in a pickle.

van Diggelen: With SV rental rates averaging $2300 a month and growing faster than average incomes, it's putting a squeeze on many residents in Silicon Valley (SV).

Even those with a steady job are feeling the pinch. I spoke to Officer Nabil Haidar who's been with the SV police force for almost 20 years and has witnessed the seedy underbelly of "glamorous SV." Even inside million dollar mansions, he's seen real suffering. For some, Spam Valley might be a more apt description of Silicon Valley.

Officer Haidar: When I started 19 years ago, we didn't have the homeless population that we have now, because everything is getting more expensive and the economic situation is pushing people onto the streets.

van Diggelen:So they're getting priced out of the housing market?

Officer Haidar: Priced out of everything... Me? There's no way I can afford to buy a house with my salary. We make good money but it's not enough. You're talking about small apt going for $2500 a month, or small condominium going for six, $700,000. That's ridiculous.
Everything is going up, homes prices are through the roof, rents is ridiculous, even food. Everything is expensive.

van Diggelen: Officer Haidar is concerned about the disconnect between the haves and have-nots in SV.

Officer Haidar: I see the poor and I see the rich. I go to (emergency) calls, rich people getting involved in domestic violence and I go to poor people who cannot even afford to eat. So I see it all.

van Diggelen: What do you think would wake up the tech community to the plight of people less fortunate? They're so focused on the next tech gadget.

Officer Haidar: They need to go out on the street and start walking around and opening their eyes and seeing the homeless. I'm here in SJ... I talk to people on the west side, they've never been to the east side. They have no reason to be on the east side, but that's where the poor, the hardworking, the blue collar people live there. If they just had the time to drive down on the east side and see really what's happening, maybe that would be a wake up call for them... I hope that my interview will wake up some people.

There is disconnect between the rich and the poor and from my experience, as law enforcement, I realize that 80 percent of the problem going on in San Jose has to do with financial. A lot of people they went and they bought homes. All their money going into the homes and they cannot really afford it.

Some people, they work two jobs, even three jobs.

Alison van Diggelen: And in their efforts to keep up with their neighbors and their million dollar mortgages, the impact of the tech boom on families can be fatal.

Officer Haidar: You get drugs, domestic violence, people get depressed. The peer pressure. People want to catch up to the Joneses. And then they stretch themselves too much and realize they're over their heads with bills and money. Then they go to things against the law: fraud, theft... It's all like domino effect. When you are desperate, people do desperate things.
People get depressed, suicide. People get ashamed that what they did. Some people use drugs to cope, some people are in denial. That's SV: there are so many things behind the scenes no one knows. As a police officer, I've seen it. I've dealt with it.

Officer Haidar: Of course. I see it all the time. They're just catching up to the Joneses, but the problem is, they don't know that the Joneses are also having a problem. It's very sad story. They want to pay that million regardless of what expense.

Massaro: 40 percent of SV renters are technically burdened by housing costs. Which means they spend more than 35 percent of their gross income in housing. And because of that, they're really struggling. One third of our young adults 18-34 are living with a parent and 10 percent of SV residents are living in poverty.

If you look at all households in SV, about a third of them are not self sufficient, which means that they rely on public or private informal assistance, like living with a friend or a family member, free babysitting, food from food banks, other services from churches and others.

The top 5 percent earning households in SV make over 400,000 (dollars) more than the bottom 20 percent. Income does include stock options and interest on investments.

The top 5 percent of households in SV make more than 31 times the income of the bottom 20 percent.

Find out more about the less glamorous side of Silicon Valley from Joint Venture Silicon Valley's latest report on Income Inequality
Check out the KQED Radio Series "Boom Town" featuring reports by Rachael Myrow and her colleagues.