Many parents have wondered whether their teen has an eating disorder and it's often not easy to tell. Eating disorders tend to develop gradually and the signs and symptoms are often vague. There's no telltale rash or fever and, the truth is, people with eating disorders can be quite sly and secretive -- which can be a hallmark of adolescence in general.

But if you've been wondering about this -- and most particularly if your son or daughter is about to head off to college -- it's a good idea to follow your feelings, have a conversation with him/her, and seek an evaluation. Though these steps are not necessarily easy ones to take, they'll only get harder -- and the problem will likely get worse -- if you wait. 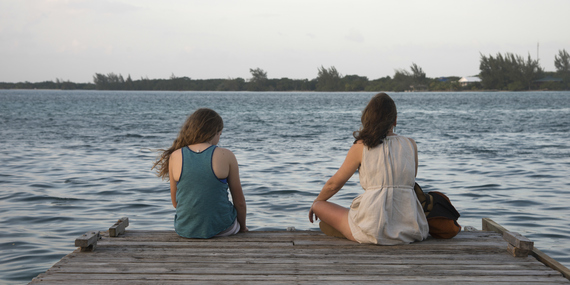 Eating disorders are far more common than most people realize. It's estimated that 30 million Americans have or have had an eating disorder. It's not just anorexia and bulimia, either -- binge eating disorder has now been given official clinical status as an eating disorder and there are other subtle categories along the spectrum. Alarmingly, a study that for every teen diagnosed with anorexia, there are a couple more with "sub-clinical" symptoms of the disorder; 2.5 percent of the population has sub-clinical symptoms for binge eating disorder. Even though these kids may be below the threshold for diagnosis, the research shows that many of them are having difficulty functioning in their lives and have thought of, are planning or have attempted suicide.

Some symptoms associated with eating disorder are fairly obvious, but many are not. Dramatic changes in weight (loss or gain) or appetite, withdrawal from friends and family, depression, disinterest or intense interest in food are some classic symptoms. But also worrisome are other less obvious ones, such as obsession with appearance, a recent penchant for wearing loose, baggy clothing like sweats and pajama pants that can hide weight gain and loss, and a strong, sudden need for privacy. Other concerning signs may be frequent bathroom visits during or immediately after meals and secretive eating; for instance, noticing a major increase in the grocery bill or seeing lots of empty boxes or wrappers in the trash, particularly foods like cookies, ice cream, cereal and peanut butter -- all of which are common binge foods.

If any of this sounds familiar, it's a good idea to have a supportive, but frank conversation with your child as quickly as possible. If a moment presents itself (for instance right after one of those bathroom visits), take advantage of it. But it's also fine to just sit down and ask for permission to discuss something that's on your mind and then start talking. With calmness and love, share your concerns about your child's health and well-being. Describe what you've noticed. Explain that you are worried that a problem is developing that can all too easily spin out of control. Be prepared with a plan -- such as to make an appointment with your child's pediatrician or an evaluation with a therapist or center that specializes in eating disorder treatment.

The fact that your son or daughter may have or be developing an eating disorder is not a reflection on you, or your family. Quite often eating disorders begin with one's dissatisfaction with body image. For a variety of reasons kids feel more pressure than ever to conform to unrealistic standards -- academically, socially and most especially regarding appearance. Not many teens (or adults, for that matter) feel totally at east in their bodies, happy and satisfied with their shape and sizes. Also, weight gain is a normal part of puberty and it's common for kids to gain weight when they go away to college.

Common as they have become, it's important to remember that eating disorders are serious and sometimes even life-threatening. Anorexia is the most lethal of all psychiatric diagnoses; on the other end of the spectrum, bulimia and binge eating are associated with many dangers, including heart disease, diabetes, electrolyte imbalances, digestive diseases and the potential for gastric rupture while bingeing.

If you feel like something is amiss, now's the time to talk. Eating disorders aren't a problem you can wish away nor one likely to be "solved" by one heartfelt discussion. Eating disorders are serious, sometimes even life-threatening. Even if your fears turn out to be unfounded, starting a dialogue with your son or daughter is a step in the right direction and an opportunity to show your love. It likely won't be an easy conversation to initiate ... but it may be one of the most important ones you'll ever have as a parent.

Voting Made Easy
Register to vote and apply for an absentee ballot today
Register now
More:
Parentsteenagerseating disorder treatmentEating Disordersparenting teenagers
Newsletter Sign Up
Raise the kind of person you'd like to know
Subscribe to our parenting newsletter.
Successfully Subscribed!
Realness delivered to your inbox