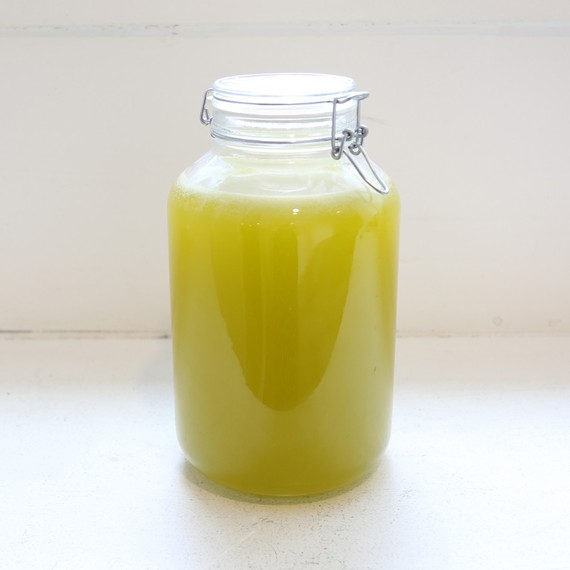 When Sony Pictures Entertainment rereleases Ghostbusters in theaters next month to celebrate the classic's 30th anniversary, we will be there to watch Bill Murray and Sigourney Weaver in all their '80s glory. And we will turn up with flasks of Ecto Cooler. If you don't recall, Hi-C's sugary special-edition beverage was neon green, purportedly tangerine flavored and featured Slimer on the box.

First sold in 1987, Ecto Cooler aimed to market The Real Ghostbusters cartoon, but it took on a life of its own. (The show ended in 1991, but EC lived on through '97 and then went through a variety of rebrandings before it was discontinued a decade later.)

Bafflingly, the powers that be will not rerelease Ecto Cooler to promote Ghostbusters' return to the screen. So we at FWx took things into our own hands and made our own. We started by tweaking a recipe from Ghostbusters: Chicago Division, a fan site. (Instructions below.) Then we added alcohol. 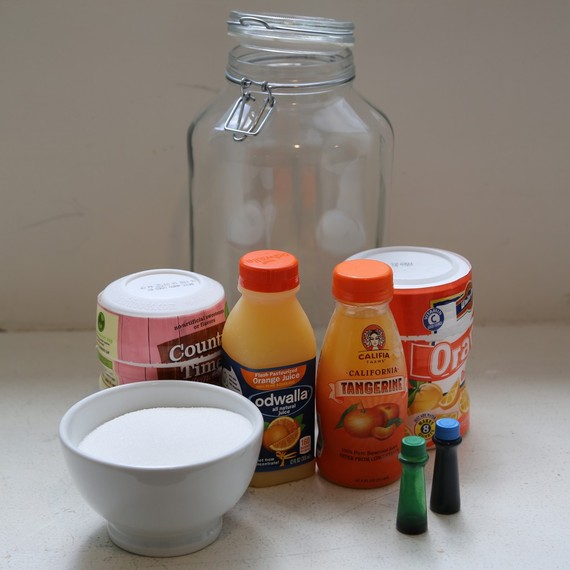 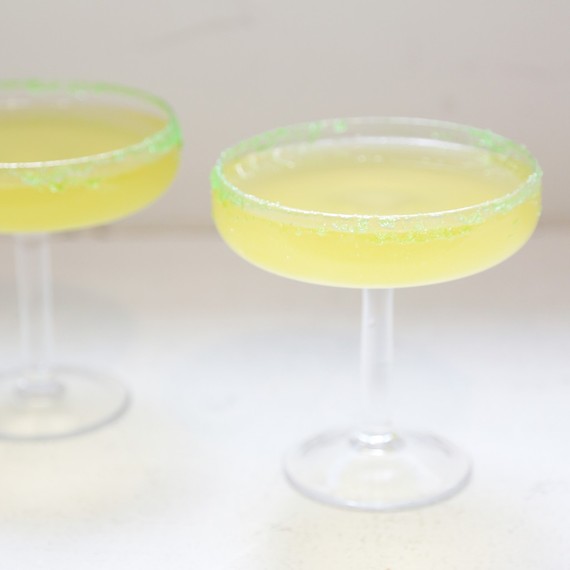 1. Pour some sugar onto a plate. Add a few drops of green dye and mix with a few drops of water until the sugar is uniformly green. Place a margarita or cocktail glass upside-down onto the sugar and rotate it until the rim is covered in the sugar.

2. Pour the tequila and Ecto Cooler into a cocktail tin. Fill with ice. Shake and strain into the sugar-rimmed glass. Serve.

Just one sip of the Ecto Cooler brought back a flood of childhood memories--mostly ones of drinking Ecto Cooler, unsurprisingly. It tasted exactly as we remembered it--citrusy, a little bit tangy and a lot sugary (like, very, very sugary). If you slapped Slimer's face on it and served it with a green plastic straw, you wouldn't know the difference.

As for the cocktail, tequila and Ecto Cooler go surprisingly well together. It goes down easy (maybe too easy), but you do have to want something super sweet.

But what are we warning you for? If you want to make your own gallon batch of Ecto Cooler--of course you want something sweet! It's the perfect cocktail to smuggle into the theater next month. Just remember to pour some out for Egon.

Related: You Can Make Your Own Zima, So We Did
Nerd Alert! 6 Great Geeky Spots to Grab a Drink
America's Best Bars
Best Cocktail Bars in the U.S.
Best Speakeasies and Cocktail Lounges