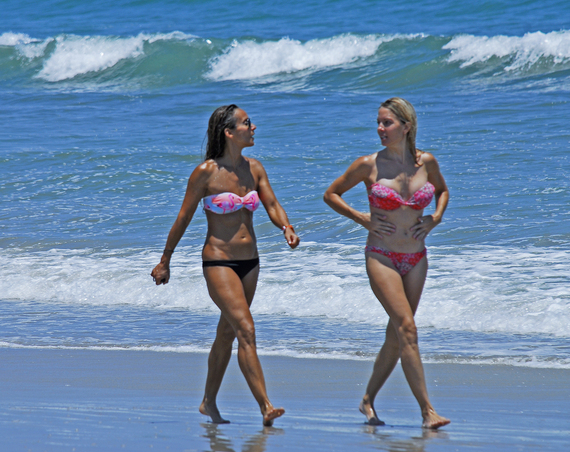 It's a Boomer. The bikini officially turned 68 this month.

I was shocked, to say the least, to learn that the once fashion essential -- the little black dress -- of my Florida wardrobe was as old as ... well, dirt.

How could that be? Wasn't it only yesterday that I had more bikinis than underwear?

Of course, I haven't worn a bikini in a couple of decades, three to be exact. It got me thinking anyway about how a much-younger me paraded around on the beaches of Cape Canaveral and Cocoa Beach in nothing more than four fabric triangles held together with string.

At that time, I never, ever gave one moment of thought about the origin of my scanty ensemble. I did give considerable thought about how to keep it on and intact while swimming in the surf. I shudder to think how many bikini wardrobe malfunctions I've endured.

But let me digress. I doubt that French fashion designer Louis Reard ever imagined in 1946 that his creation would rock gawkers and the swimwear industry, and still be in style 68 years later.

Then again, he was a man ... and he was French. His man mind (wherever it was headed) had a Eureka! moment, kind of like the one "Hef" had before Playboy magazine was conceived.

Now, what does the bikini talk have to do with fun, sun, vacations, or all the tea in China? Well, if you're going on a cruise or planning to visit the beach this summer, you'll need a bathing suit. Maybe not a bikini, but something that appropriately covers your ta-tas and behind unless you want to be featured on the People of Walmart website.

The big question here is: When is it NOT OK to don the itsy, bitsy, teeny, weeny bikini?

After conducting a very scientific poll of several men and women at a local beachwear shop, here are the results.

Women responded with:
"It might not be a good idea to wear an itsy, bitsy, teeny, weeny bikini if ... "

1. You weigh more than a Sumo wrestler (I feel the hate email coming from plus-size women everywhere).
2. Your skin looks like crepe paper or tanned leather. (Yes, you too, Tan Mom).
3. Your body shape resembles a potato, lying horizontal. (There's only so much string available, you know).
4. Your stomach protrudes so far that you can't see your flip-flopped feet, or you can't reach your drink at the swim-up bar. (Offfh, that hurts, not being able to reach your drink and all).
5. You have a farmer's tan. (hmm, OK all you women farmers, be on alert).
6. You have more hair than Sasquatch. (I have to agree with this one).
7. You're 9 months pregnant and your navel looks like the face of a star-nosed mole. (More hate mail coming, but not from the mole). 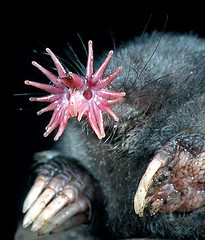 Men, on the other hand, completely misinterpreted the question. They thought I asked: When is it OK for a woman to wear a bikini?

To which most replied:

Diana Fasanella's new blog Shorida, about the ships and shores of Florida, is hosted by Go Port Canaveral.

36 Of The Funniest Tweets About Cats And Dogs This Week