By Phil Mutz, writer at LittleThings

If you're anything like me, taking a long, hot shower can be one of the best parts of the day. Whether using it to start the morning or taking one before bed, it can be quite relaxing to enjoy a steamy rinse.

However, I had no idea that the way I've been showering may actually be doing me more harm than good.

Dermatologist Dr. Patricia Farris tells Grandparents.com, "As you grow older, your oil glands poop out on you, so you're much more prone to dry skin. You have to adjust your bathing habits accordingly."

And not only that, but you may have to adjust your bathing habits to prevent doing damage to your hair as well.

Scroll through below for an exclusive list of bad bathroom habits that finally answers the question: Am I showering wrong?

I'd heard that showering too long or washing my hair every day could be bad for me, but some of these were downright surprising. Who knew I should be cranking up the cold water right before hopping out?

Do you have any other shower tips? Let us know in the comments! 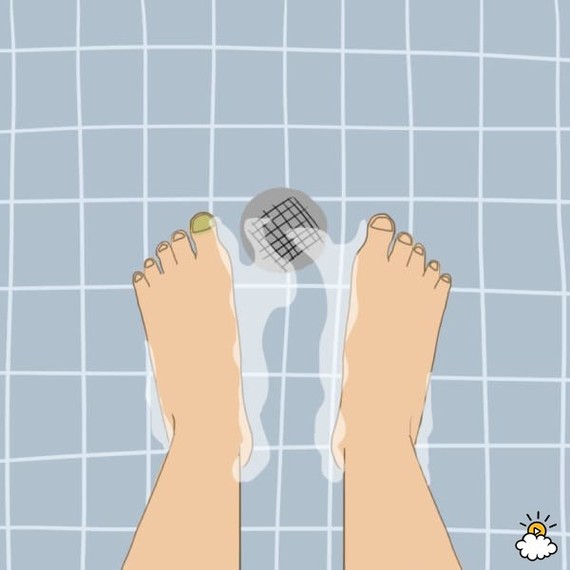 If you want to avoid foot fungus or nasty foot bacteria, you may just want to give your feet a scrub while you are in the shower.

Bad Habit #2: Leaving Your Loofah In The Shower 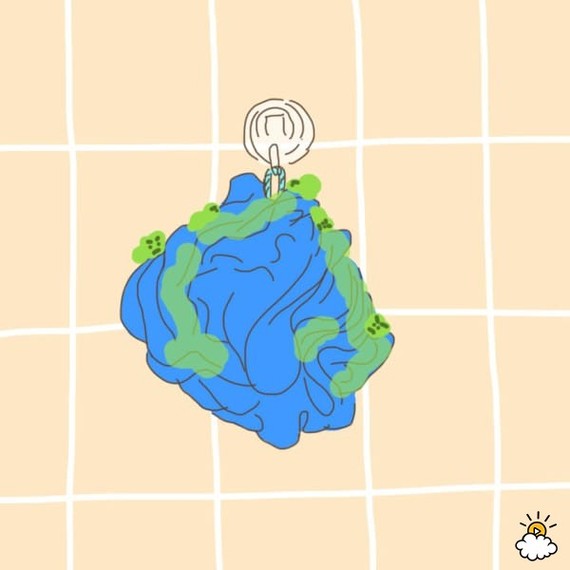 You might just hang up your loofah when you are done with it, but if your loofah isn't completely dry, it can cause all sorts of nasty stuff to start growing.

According to dermatologist Dr. Sejal Shah, "When you use [a loofah] dead skin cells become lodged in the nooks. These dead skin cells are a breeding ground for bacteria."

Instead, make sure to wash the loofah thoroughly and ring it dry. Store it in a dry place that won't encourage bacteria as much as your shower wall will.

Bad Habit #3: Drying Yourself Too Roughly 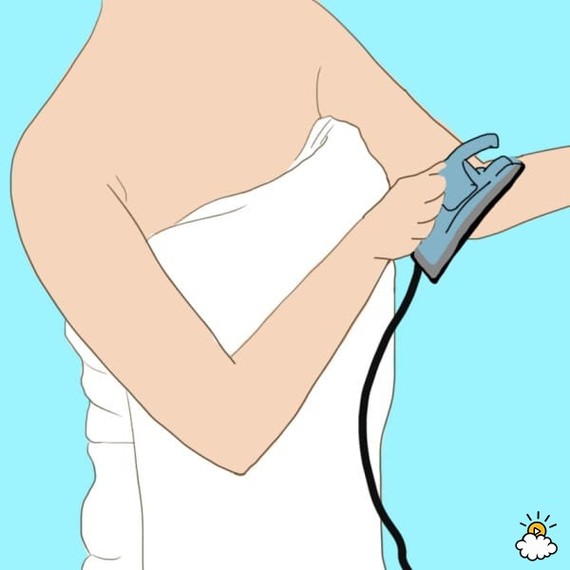 So you probably aren't using a sander to dry your skin, but you might as well be if you are toweling off too roughly.

According to TotalBeauty.com, "Rubbing yourself roughly with a towel further aggravates delicate skin, while air drying can lead to chapping.

"Use a fluffy towel to lightly pat, not scrub or rub, your body." 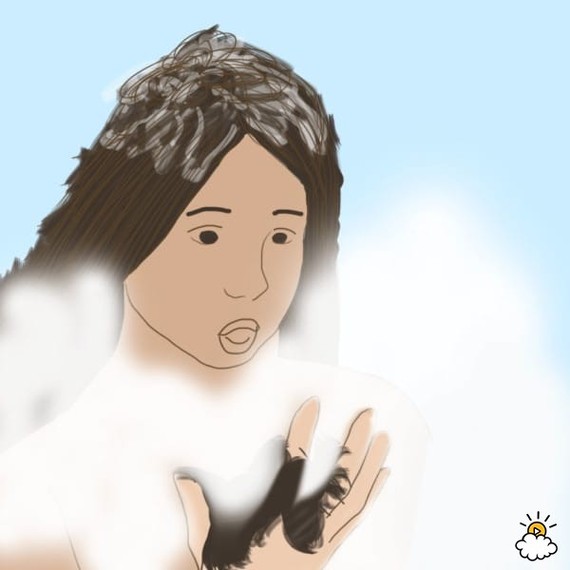 You may have heard that washing your hair everyday is bad for you. But how often is too often?

For coarse and curly hair she says, "Shampooing can be pushed back to once a week." 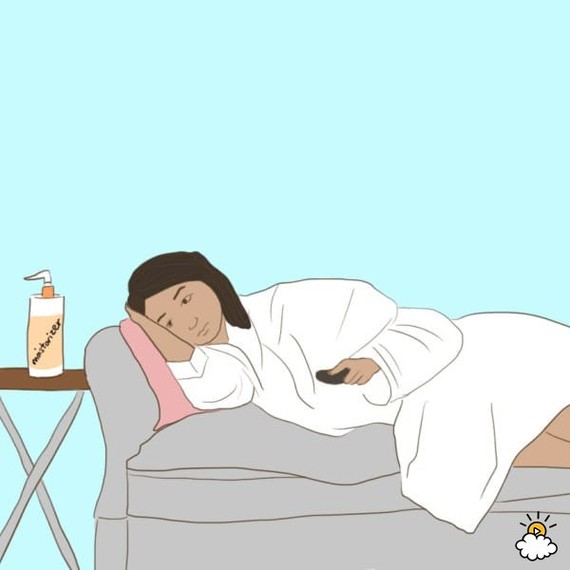 After a lovely shower, you might just want to lounge around and watch some TV. But if you don't moisturize right away, you can be doing your skin a great disservice.

According to dermatologist Dr. Sejal Shah, "It is important to moisturize your skin while it is still damp. I recommend pat-drying the skin with a towel and then applying moisturizer... immediately after." 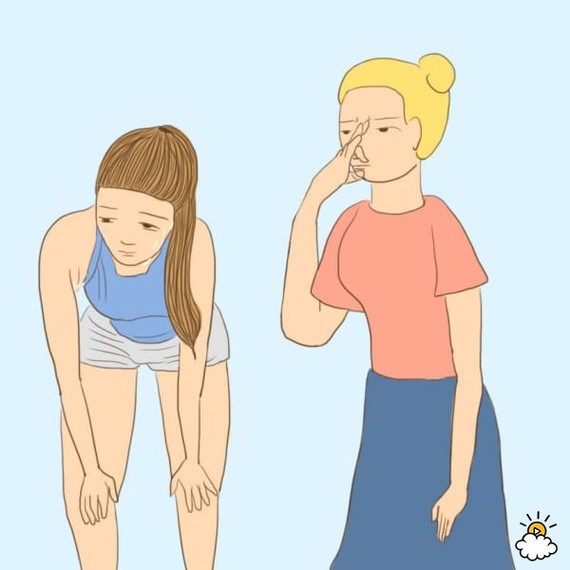 After a workout, you might think that the only reason for a shower would be the smell. But that's not all.

Dr. Holly L. Phillips tells Women's Health magazine, "It's not the smell of sweat that you have to worry about, but the fact that perspiration left behind on your skin allows bacteria to proliferate, and that can lead to rashes and breakouts." 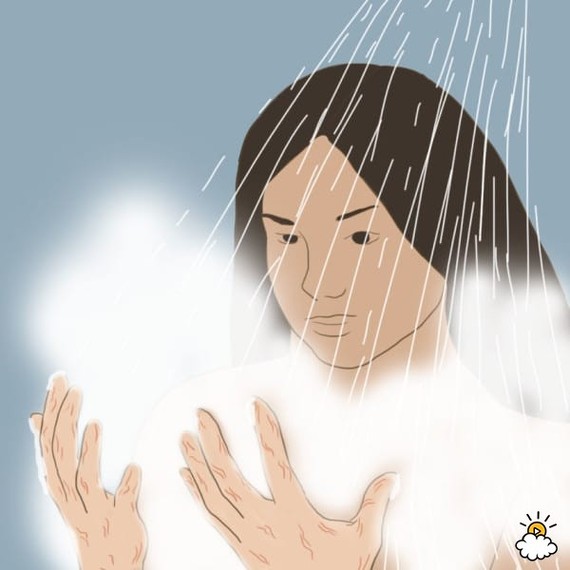 While it might be fun to see how prune-like your hands can get in the shower, a long shower can actually remove much-needed moisture from the skin. This can leave your skin feeling dry and itchy.

Bad Habit #8: Conditioning Above The Crown Of Your Head 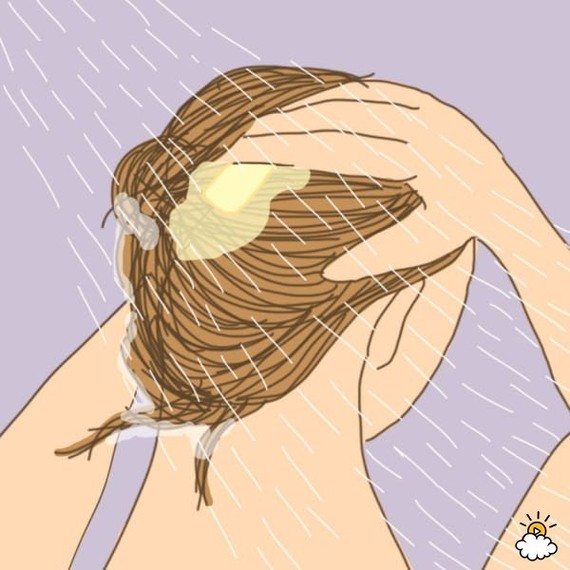 You might be in the habit of applying conditioner to all of your hair, but this can actually have a negative effect instead of a positive one.

According to SheScribes.com, "The worst thing you can do is place conditioner above your crown line. This will lead to grease and unnecessary oil production.

"Instead, focus on your roots first. This is the area that requires the most moisture and attention." 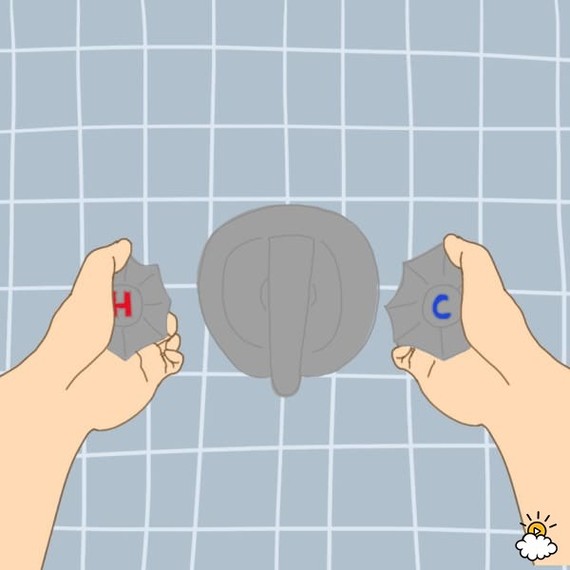 Do you take a nice hot shower and then hop right out? It might surprise you to know that a burst of cold water at the end of your shower can be quite good for you.

According to Self.com, "Right before you turn off the water, crank it to freezing cold for 30 seconds.

Bad Habit #10: Wrapping Your Long Hair In A Towel 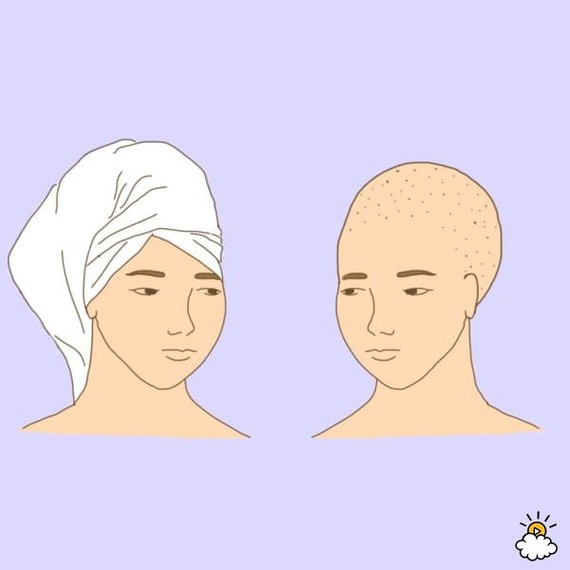 Ok, so maybe wrapping your hair in a towel burrito won't actually leave you bald, but it might be doing severe damage to your hair.

According to SheScribes.com, "Just don't do it. Wrapping your hair tightly with a towel causes the most stress and damage to your hair. Instead, gently squeeze out excess moisture on a dry towel -- and pat, don't rub (rubbing causes knots)."

This exclusive list of bad bathroom habits may just change the way you shower for good. After all, your skin and your hair are counting on you!

What did you think of these amazing tips? Do you have any other shower tips that you would recommend? Let us know in the comments.

Please SHARE this important and fascinating information with friends and family!