Sure, he may have put a signed basketball from Steph Curry and a Beer of the Month Club on his wish list, but really, does he "need" those things? Is he actually going to admire that ball every day or is it just going to sit in a tacky plastic case on your mantle? And why does he need a Beer of the Month Club when he clearly belongs to his own Beer of the Day Club? Be helpful this holiday season and buy him one the gifts below: 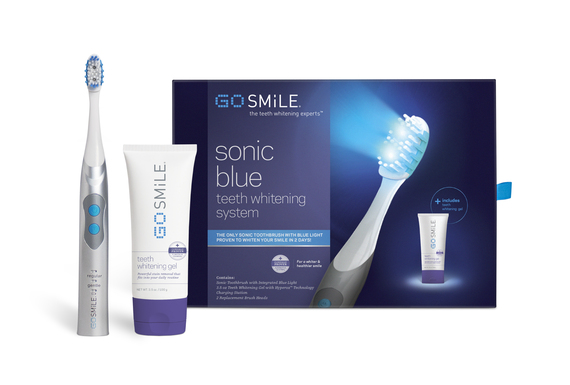 You may have mentioned his slightly cadaverous shade of grayish yellow teeth, and by mentioned I mean leaving Crest White Strips next to his toothbrush and at-home whitening treatment brochures in his car. He just doesn't have the patience for an extra step so get him the GO SMiLE Sonic Blue Teeth Whitening System, a sonic toothbrush with integrated blue light so he can whiten while he brushes. Now, if you could only get him to brush twice a day... $129. Available at Gosmile.com. 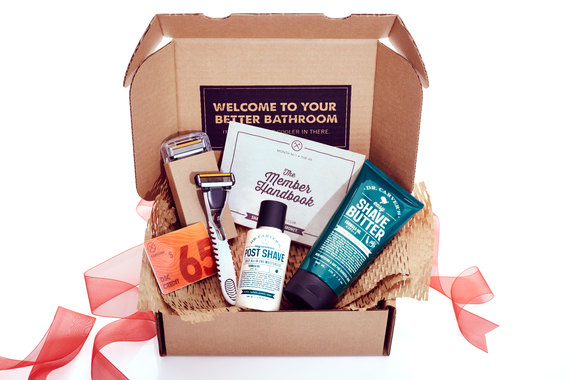 You brace yourself every time he emerges from the bathroom after a shave -- riddled with angry red bumps and ingrown hairs, he still refuses to save his face. You've tried setting your moisturizer next to his dull drugstore shaver but he claims he's "not a girl." Whatever. Perhaps if you man up his skincare and it comes with a macho shave set, he will be game. In addition to the expected razor handle and razor cartridges, each box includes "skincare in disguise" -- Dr. Carver's Shave butter (hydrating shave cream) and Dr. Carver's Post Shave (a soothing anti-aging moisturizer). Starts at $40 for three months. Available at dollarshaveclub.com.

He still washes his hair with deodorant soap. Seriously. Tempt him with the delicious scent of beer in his shampoo by stashing BRÖÖ Shampoo and Conditioner in his stocking. He will actually use it because, um, did I mention it smells like beer? And, you will love that the beer (first ingredient) makes his locks shiny and happy. Everybody wins. $7.49 each. Available at Target.com.

You've watched him use everything from a lighter to his teeth to open a beer bottle. Sure, it may have been a cute party trick in college, but now it's just plain annoying. Don't worry though, he won't even pick up on your passive aggressive hint when you buy him this handsome bottle opener from Owen & Fred. Made of a half pound of hefty brass, he will feel just as manly opening his beers without breaking a molar. $29. Available at Owenandfred.com. 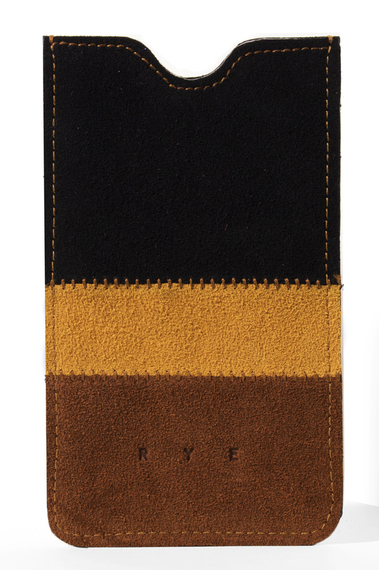 You can't decide what annoys you more... The fact that he's always dropping his iPhone or that he refuses to get a case because he "isn't a 13-year-old girl." Show him even big boys have phone cases like this handcrafted suede Slip iPhone cover from RYE. It may not stop him from dropping his phone, but at least he won't add a new crack by New Year's Day. $95. Available at Ryebags.com.