I've been on stage since I was 10 years old.

My family band first put me there, and much later I led a band of my own.

In the middle years, I played and sang and acted and even danced in front of groups of strangers, feeling rather more perfectly placed there than anywhere else.

This, I discovered later, was because I wasn't really comfortable in my own oh-so-ordinary regular company. I needed the odd safety of the stage to let the best bits of me out unguarded.

But then later, being on stage started to feel less familiar....less comforting. 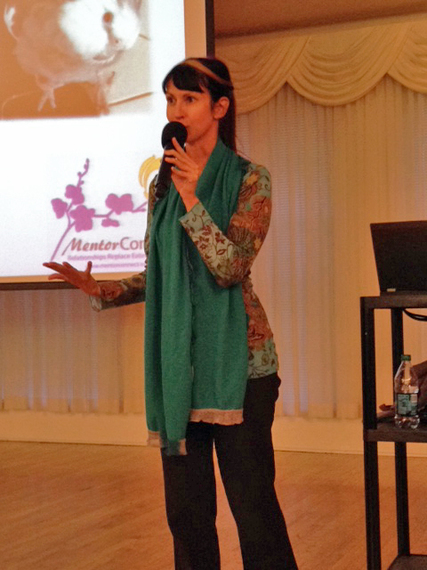 Me presenting "Beauty Undressed" to a group of students.

Suddenly, gradually, I was no longer bugging my booking agent for more gigs. In fact, I felt relief when one event would end and there was no next event looming.

Suddenly, and especially the more comfy I got living inside my own skin, I began noticing how much I enjoyed being out of the spotlight.

Over the years, I have received some very genuine and heartfelt letters and emails and personal shares to let me know that my work mattered.

But there were also many times when the critiques seemed unusually harsh, and focused on intensely personal aspects of being me - aspects that only the real me or perhaps someone very very close to me could possibly perceive or interpret with any accuracy.

For instance, women would come to book signings and later email me with comments about my weight. Some event coordinators would witness the line of eager students waiting to talk one-to-one with me after a speaking event (lines that sometimes took an hour or more to break up) and then send a nastygram telling me they were disappointed in my presentation for one reason or another. At times someone decided they didn't like a book or blog post I'd written, and they would let me know and then let their entire network know in the most public way possible.

It all just got to be a little too much.

I started to realize I liked myself and my life better with fewer eyes on me and a lot less commentary from a self-appointed (and often vastly under-informed) peanut gallery.

And I finally learned that being famous doesn't mean never getting lonely or feeling insignificant, unnoticed or unloved. Being famous just means never being able to go through feelings like loneliness without being watched...and often judged....while doing it. 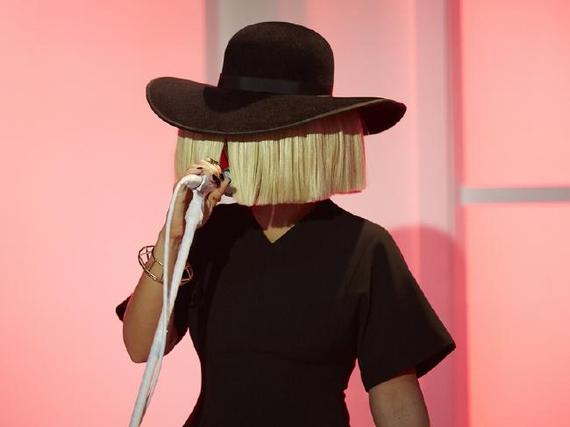 Sia singing while hiding her face with one of her trademark wigs.

So when I got curious enough recently to google "why the singer Sia hides her face," I didn't bat an eyelash at her response (although I was tempted to stand up all alone in my casa to cheer her on).

Because [the spotlight] is ugly. It makes me feel hunted.

If anyone besides famous people knew what it was like to be a famous person, they would never want to be famous.

Sia even penned a Billboard magazine article she titled "My Anti-Fame Manifesto," where she goes into more detail about why she prefers anonymity. (For the record, I concur wholeheartedly with every word she wrote.)

Now, unlike Sia, I haven't written $12 million worth of chart-topping hit songs. And I know with absolute certainty that I will never even dip a toe into the kind of public exposure a celebrity like Sia is regularly exposed to, whether she particularly wants to be or not.

Yet I have had my minuscule helping of "fame," and even that was too unpalatable to make me want more. 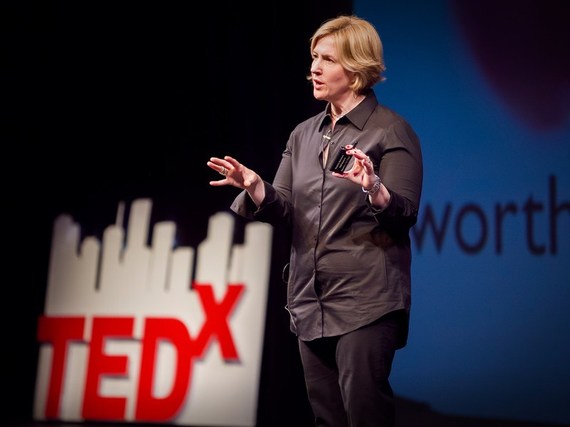 Interestingly, Sia's choice reminds me of what one of my favorite author-mentors, Brene Brown, focuses on in her book "Daring Greatly."

The book is based on a quote credited to President Roosevelt (1910):

It is not the critic who counts; not the man who points out how the strong man stumbles, or where the doer of deeds could have done them better. The credit belongs to the man who is actually in the arena....

Brown, who has an equally high profile life these days, goes on to say that she actually carries a small piece of paper around with her, and on this paper are the names of a very small group of people whom she trusts to offer input into her life.

These are the folks who, as she says, "love her for her strengths and her struggles." The rest - those who offer their often ugly commentary unsolicited - she has nicknamed the "Twitter Thugs."

In similar fashion, Sia told one reporter she just "to have a regular life just like a regular person and still be able to make music and sing."

It seems like a reasonable thing to wish for - unless you happen to get famous being good at what you do in the process. Then you can't go anywhere, really - not unless you like traveling in large groups of strangers who are all carrying microphones, cameras and cell phones set to "video."

In fact, there really is no antidote for fame....short of retreating entirely and simply hoping everyone forgets about you. So in this case, if I were standing in Sia's shoes and had two options: "without wig" or "with wig," I know without a doubt which one I would choose.

With wig. Each and every time.