The study asked 7,600 consumers to report their favorite pizza chain and each chain's total number of locations. Although Pizza Hut secured the highest total votes across the country, Cici's Pizza took the crown for most favorite votes per store.

Cici's is a Texas-based chain that boasts a pizza buffet at its 550 locations across 24 states, and is growing at a rate of about 25 to 30 new stores a year. 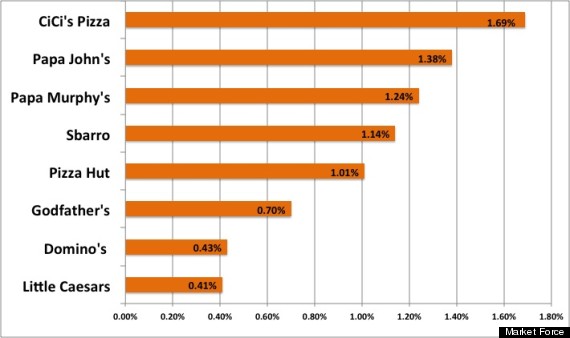 When it came to taste, study participants ranked Papa Murphy's as best in class. When looking at food quality/taste, customer service, cleanliness, atmosphere and overall value, Sbarro fared worst of all chains considered. 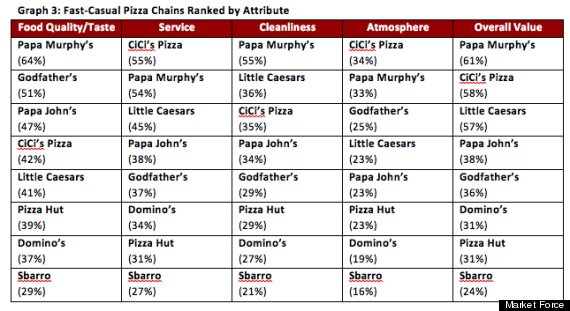 Looking at pizza chains by region, Cici's was top dog everywhere but the South, where Papa Murphy's won the most votes. 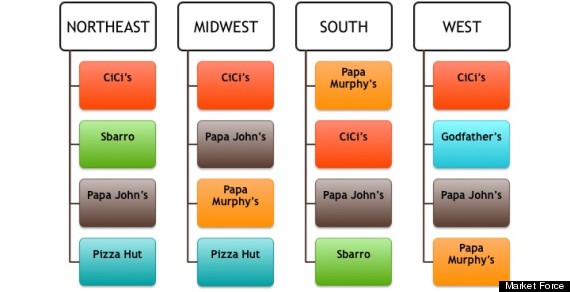