Proving she's still an American Beauty, actress Mena Suvari looked a figure of confidence as she showed off her slim physique in a revealing bikini.

Wearing hooped gold earrings, a pair of shades and a green stringed two-piece outfit which left little to the imagination, Suvari spent the day with an unidentified man, believed to be boyfriend Simone Sestito, on Miami Beach.

Suvari, who was previously married to German-born cinematograopher Robert Brinkham, appeared unable to keep her hands off her admirer and was seen hugging and kissing him several times. 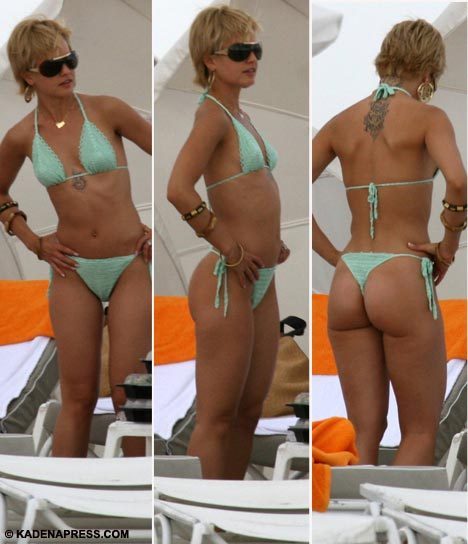