Many years ago, if you had asked Arturo O'Farrill to pay tribute to the music legacy of his father, Chico O'Farrill, he would have likely said no. During his early adulthood, the Grammy-winning jazz composer shunned the music of his father due to a lack of pride in Latin culture that he felt growing up in a predominantly White middle class Manhattan neighborhood.

I grew up in an environment with virtually no Hispanics where you see only people in your culture in custodial jobs. I had a messed up image of what we bring to this nation. My father was known as a pioneering figure in Cuban music but I still associated him with everything that was negative in my neighborhood. I could not have been more mistaken. 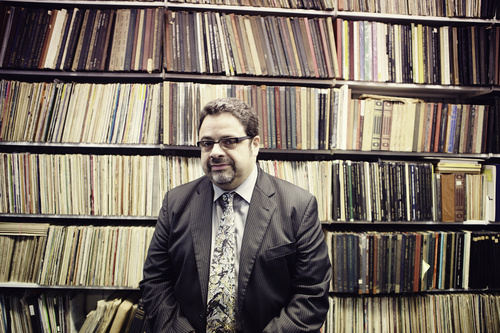 Now at the age of 53, Arturo has been given an opportunity to celebrate his father's pioneering work in Afro-Latin jazz through a commission by the Apollo Theater. The project is to reimagine Chico's classic "Afro-Cuban Jazz Suite" 65 years later during the 4th Annual Harlem Jazz Shrines on May 10. The timing of this commission during the Apollo's 80th anniversary is likely no mere coincidence. It highlights the cultural institution's desire to bring a deeper focus on the Latino contribution to its legacy as noted by its alumni including Machito, Tito Puente and Celia Cruz. "I think the Apollo has always been the people's performing arts center and reflected the community, whether it is Stevie Wonder or Tito Puente," said Arturo.

Bridging genres and cultures is a shared theme found on Arutro's new album, The Offense of the Drum, which will also celebrate its release on May 10.

R&B singer, Tank is 'Stronger' than ever

Cultural influencers convened to hear a "new" Tank at Harlem's Cheri restaurant during a private listening party produced by Sidra Smith. As guests sipped on Hendrick's Gin cocktails courtesy of the La Bodega 47 Social Club pop-up bar, Tank played songs from his forthcoming Stronger album. Included in the playback was the upbeat single "You're My Star" which reflects his more positive outlook on romance. 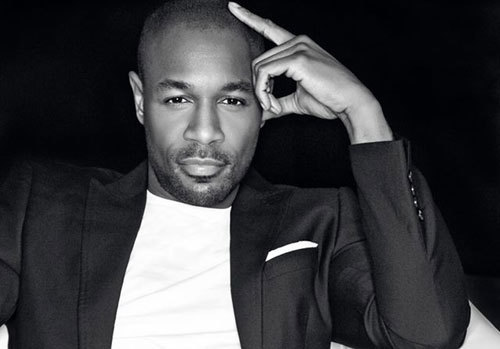 "With every previous album I made I was just breaking up with somebody or there was a bunch of cheating going on," he told the audience. "So this is the first time I did an album from being completely happy and the subject matter and tempo reflects it."

An upbeat attitude isn't the only change for Tank. He's also less competitive and more self-assured in his own musical talents this time around.

I always wanted to out-sing and out-produce everybody, and I am past that. I found peace within who I am. I don't have to put it on every record, do every vocal run or write every deep lyric on every song. But when the interludes kick in on this album, I go HAM.

The Retrieval, a Civil War drama with a message on freedom and manhood

What does it mean to be free and a Black man? It's a question posed by writer-director Chris Eska's new film, The Retrieval. Set in 1864 during the Civil War, the film explores the gray area between slavery and emancipation as teenager Will (Ashton Sanders) and his uncle Marcus (Keston John) are sent by the leader of a White bounty gang, Burrell (Bill Obertst, Jr.), to lure back a fugitive freedman, Nate (Tishaun Scott). Eventually Will and Nate develop a close bond forcing the former to decide whether or not to deceive Nate or risk his own death. 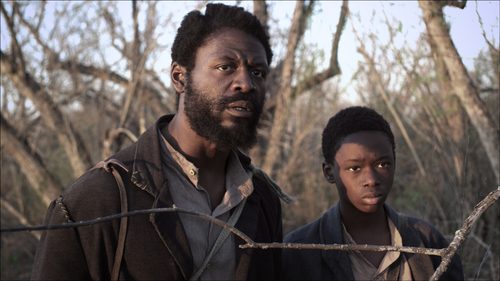 Scott -- who won a 2013 SXSW Special Jury Prize for his performance -- believes that the film parallels socio-economic issues within today's climate for Black men.

Men of all races, but specifically, male African-Americans, are in an inner-city cycle of seeking a means of survival, as are Will and Marcus. They earn survival funds, which pale in comparison to whomever owns the business by which they're enslaved, much like large corporations today. They face criminalization, they face imprisonment, they face having the right to vote taken away from them and they face the cycle of degradation brought upon them.

It is in the depiction of Nate and Will's relationship that Scott hopes audiences will find a model for parenting, mentorship and leadership skills needed to overcome class and race issues.

The relationship of Nate and Will speaks to the importance of having positive male influences for young men and the responsibility of adult men to provide them with the knowledge, skills and education to build and become men.