In recent years, it has been the vampire who seen somewhat of a resurrection (if you will forgive the pun), largely due to a certain Edward Cullen. Now, I'm not going to say vampires are "so last year," but..."vampires are so last year!"

2013 has its new favorite monster in the form of the shaggy-coated man-beast that is the werewolf. I mean, how can two teeth be deemed scary when you have a jaw full, right?

Over the last couple of years the werewolf has re-emerged as a fan favorite, from cinema offerings such as Underworld: Rise of the Lycans, The Wolfman and Red Riding Hood through to TV series' like Teen Wolf and Eli Roth's Hemlock Grove. And who could forget Jacob Black's werewolf in Twilight?

But where did mankind get the rather bizarre idea that man could become beast -- can a full moon really bring such a bestial transformation on us? In "The White Devil: The Werewolf in European Culture" (University of Chicago Press, 2013) I have traced the history of this myth throughout time, and looked at everything from prehistoric wolf cults to Medieval werewolf trials, and early Gothic literature through to the latest film offerings. Who would have thought that Joan of Arc, Sigmund Freud and Adolf Hitler could all be linked to the werewolf myth?

So, as the French prepare to reintroduce wolves into the countryside (http://www.nytimes.com/2013/09/04/world/europe/as-wolves-return-to-french-alps-a-way-of-life-is-threatened.html?_r=0), prepare yourself for more monstrous tales of man becoming beast, especially on nights of a full moon!

In the meantime, here are my top 10 werewolves from film and fiction:

PHOTO GALLERY
Best Werewolves in Film and Fiction
Download
Calling all HuffPost superfans!
Sign up for membership to become a founding member and help shape HuffPost's next chapter
Join HuffPost 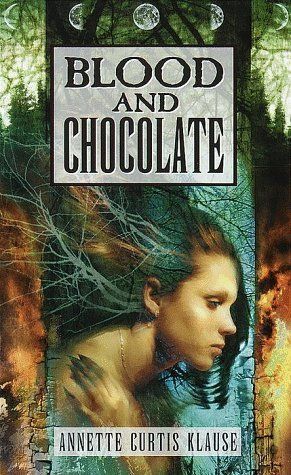 1 / 10
10. Blood and Chocolate
<em>Blood and Chocolate</em> by Annette Curtis Klaus is, on the surface, a novel about a female werewolf who falls in love with a human boy (a welcome change from most recent offerings). But, underneath that, it is a deeper, more powerful insight into the pleasure and fear of becoming a young woman. <em>Blood and Chocolate</em> does for the literary werewolf what <em>Ginger Snaps</em> does for the cinematic one (see No. 5). It is drenched with desire and captures the excess of hormones, power and strength that many teenage girls feel as they come to terms with their own sexuality. Essentially, it's cleverly written and is at once guileless and knowing in its exploration of werewolves.