I was a ninth grade English-Language Arts teacher in Washington, DC when I overheard an intensifying debate between two students about the existence of unicorns.

"There ain't no such thing... it's made up."
"How do you know they never existed? The idea had to come from somewhere."

As I made a mental note to do a lesson on double-negatives, my philosophical training compelled me to turn this conversation into a teachable moment. There are many things that we have little physical evidence to prove exist, but still believe in. That we can imagine something is aligned with the power of ideas that give rise to many inventions. Someone imagined the creature we call a unicorn, and the thought of something so mystical and alluring has "existed" in our public consciousness ever since.

As a black, queer, and pro-feminist teacher who was straight-passing, it struck me that I didn't yet "exist" in the world of p-12 education. I didn't talk about my partner, my friends, or social and civic passions connected to my queer identity. Students and other teachers had no evidence to prove I existed.

I held great anxiety about putting forth into the world the idea of strong black men as teachers - men who are effective, concerned about their students and their achievement, and hold all the complexity, diversity, and nuance that span the human experience.

It's been nearly 10 years since I overheard that conversation, but I've been thinking about it a lot in light of the "Race, Class, Gender, and Sexual Orientation in the Classroom" discussions I've been leading nationally as Managing Director of Teach For America's LGBTQ Initiative. Why didn't I feel it was ok to be myself in the classroom? Was it because I had no black male educators in my own p-12 experience (despite attending schools with substantial black student populations)? Was it because as a student I searched daily for signs of myself in literature and history only to be reminded of my invisibility? Was it because even when I was a teacher myself, I was always among just one or other two black male educators in my school--a microcosm of our national dearth, with less than two percent of U.S. teachers identifying as black males.

I knew that seeing me in the classroom might be the only time some students have interaction with a black male teacher; and that giving my best and making a positive impression might impact the way they saw black men going forward. When I considered the countless negative media portrayals of black men in the media and on television, it deepened the purpose and passion with which I taught.

And I also understood that for some of my black boys I taught, I was the closest thing to a father figure they had. This need for strong black role models was an ever-present expectation, but I didn't know if there was room in this construct for my LGBTQ identity.

As a cis-gender, masculine black man, it was clear that too much talk about my pro-feminist leanings or "coming out," would somehow make me vulnerable; that revealing that I was a long time HIV survivor would be considered a distraction to teaching. But I felt weak, and vulnerable, and not very strong at times for holding this black male heteronormative expectation while internalizing the fear and shame that comes when you're conscientiously hiding aspects of yourself that others aren't asked to.

I eventually did come out to my students in after two students I coached on the basketball team got into an argument where the "f" word was passed around as liberally as the ball itself. It was second semester and I knew the rapport with my students was strong. They knew that I valued and loved them; and that I held high expectations of them both inside and outside of the classroom. So I wasn't going to let this word fly. The word hurt not just me, but other students in the class who were LGBTQ or had same-sex parents.

"Nobody in here is gay, so why does it matter?!"

And therein was the perfect invitation. I let the students know that as a "gay" man I was personally hurt by the comments.

Mouths dropped. A few students applauded. The buzz lasted for a few of the remaining periods during the day.

But it was never an issue after. Students still turned in homework and asked for extra credit. Athletes I coached still had line drills. The world did not collapse because a unicorn of a man showed up. In that moment, a strong black man stepped up to speak truth to power.

Weeks later a new student entered my class. When he let that "f"-word slip, one of the young men I'd reprimanded before beat me to the punch.

And that is when I knew that beyond etymology and sentence diagramming and outlining, beyond how to set screens or block out for rebounds, I'd imparted a very valuable lesson to my students. Everyone deserved a safe space in which they could learn. Who better to impart this sense of compassion and affirmation than a strong, black man? Queer too. Maybe even a bit unicorn. 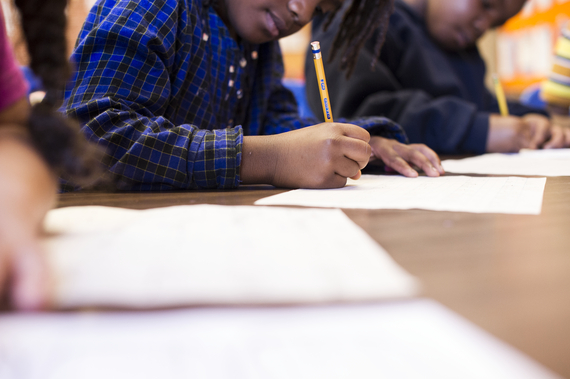