From the early days of cinema, filmmakers have been drawing on literary sources for material, out of a combination of good sense, desperation, and desire for prestige.

Harry Potter aside, the time has passed when a bestselling novel or a hit play will automatically be transferred to the screen, but the brief heyday of the original screenplay in the 1970s (most gloriously represented by Robert Towne's Chinatown) has largely been supplanted by a mania for recycling previously made material.

Today, when audiences and film companies are more prone than ever before to go for safe bets, we are deluged with sequels and remakes and rehashes of old films, television series, and much-adapted books. It's hard for original material to sneak through, despite the fact that many of the most successful and groundbreaking films still are those conceived directly for the screen.

Aesthetically speaking, though, there's nothing inherently superior in an original or an adaptation. What counts is how well any story is turned into the language of cinema. Even a so-called "faithful" adaptation of a novel or short story has to be thoroughly reworked and reimagined to make it work on the screen.

When I started teaching screenwriting after a long career working as a film and television writer, I let my students come in with original stories but quickly realized that if someone doesn't know the craft, he or she rarely will have a good original idea.

So I asked myself, "What would Jean Renoir do?" In 1961, the great writer-director declared that the way to save the Hollywood and French film industries would be to have every director do the same subject for a year (in Hollywood, everyone would make the same Western). Each film would be totally different, because it would reflect the personality of the filmmaker adapting it. Renoir said modern filmmakers instead think they're all making different stories but actually they're all making the same story. So I have my students adapt existing stories as a way of concentrating on learning the craft.

That method works well, and each adaptation comes out as something unique, suffused with the personality of the adapter. In my book Writing in Pictures: Screenwriting Made (Mostly) Painless [Vintage, $15.00], I use the same method, showing how to adapt a short story (Jack London's classic survival tale "To Build a Fire") step by step for the screen.

I've come to admire quite a number of films that have managed to take a book or short story and turn it into a first-rate screen story. Sometimes the original sources are not as good as the films made from them; and sometimes the filmmakers have managed to preserve the qualities of great originals by rethinking them in pictures.

Following are a few of the films I admire that have been taken from literary sources of diverse quality and imaginatively transformed into riveting works of cinematic storytelling. 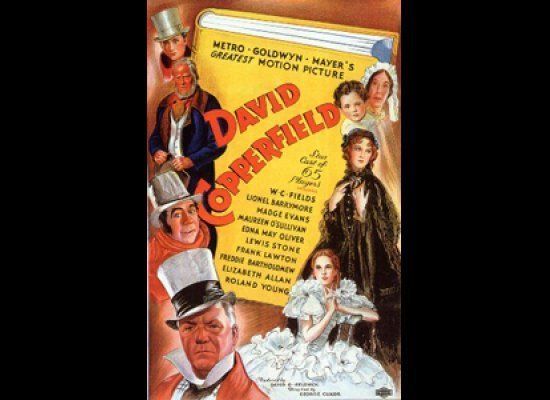 1 / 10
David Copperfield (1935)
John Huston once described MGM's 1935 version of Charles Dickens's <em>David Copperfield</em> as "the only great film based on a great novel." That's a bit of hyperbole, but this splendid adaptation by Hugh Walpole and Howard Estabrook, directed by George Cukor, is filled with memorable casting (including W. C. Fields as Mr. Micawber and Roland Young as Uriah Heep) and atmosphere (even though most of it was filmed in California). This David O. Selznick production is a triumphant example of the reverent but lively way Golden Age Hollywood, at its best, mined great literature for the screen.