In terms of life and limb, the attack that shook Boston on Monday caused losses that go well beyond dollars and cents. But for Surya Thapa, the owner of a Dunkin’ Donuts store in the Boston suburb of Watertown, the attack had a much more specific price tag: $4,000 to $5,000.

That’s how much Thapa would have expected to collect on a regular Friday at his donut shop. But it was no regular Friday: Just before 9:00 a.m., Massachusetts Gov. Deval Patrick announced he was temporarily shutting down public transportation in the tenth-largest American metropolitan area, giving most state employees the day off and urging everyone else to stay home as a massive law enforcement dragnet tried to locate a suspect linked to Monday’s bombing.

Thapa opened his shop before the announcement was made, but he was ordered by law enforcement officers to close around 11:00 a.m.

“I cannot risk my employees’ safety," Thapa told The Huffington Post, saying he agreed with the order to shut down business.

Thapa was far from the only business owner who wasn’t open as usual on Friday, judging from wire images showing empty plazas and roadways that would have been bustling on a regular weekday. While Thapa’s economic hit was in the thousands, the shutdown is likely to have financial repercussions that are much larger than that for others.

“Boston and the entire area of Massachusetts around it represents a billion-dollar-a-day economy,” Jim Diffley, chief regional economist at research firm IHS said. “If everything stops, then you can think of it as a billion-dollar loss. But it’s not exactly like that.”

Diffley explained that while individual firms might see losses if they were forced to close down, most would eventually make up the difference as the situation went back to normal.

“Do all purchases people would have made get lost? Not necessarily,” Diffley said. “Restaurants are obviously going to lose the lunch crowd today. But people that might have gone out on Friday night might just re-schedule for Saturday night.”

Diffley estimated the cost of a shutdown could be between $250 and $333 million per day, according to Businessweek.

The Washington Post's WonkBlog took at shot at a calculation for the Boston shutdown, and came up with this:

The Bureau of Economic Analysis estimates that the Boston-Cambridge-Quincy metropolitan area had a GDP of some $326 billion in 2011. That’s an economy bigger than Ireland’s or Finland’s or Greece’s or Portugal’s.

So a complete shutdown would cost about $1 billion per day, although analysts tell Yuval Rosenberg at the Fiscal Times that the actual effects will likely be smaller than that -- and similar to that of a major blizzard. Some economic activity will simply get pushed to a later date. And salaried workers will still get paid. Hourly wage workers, however could take a hit, particularly low-wage workers.

Pet store owner Michelle Fournier was a testament to impact. She said she shuttered her two store locations in Boston suburbs Charlestown and Brookline on Friday morning and that her six employees, including dog walkers, would lose wages that would not be made up later.

“The dog walkers are paid by the dog; they lose their income,” she said. “On a strong, solid day like today, they can make a $75 for four hours of work.”

“We have been forced shut at least five times since Hurricane Sandy, and each time it hurts -- especially in an industry like ours,” Fournier said, adding she expected her losses on Friday could be as much as $2,000 in sales.

Some of the most obvious economic hits will be borne by government coffers. While it was only out of service for one day, the daily fare revenue for the Massachusetts Bay Transportation Authority, the public transportation company in charge of Boston’s subways and buses, averages $1.56 million.

The State of Massachusetts, which collects a 6.25 percent sales tax on most purchases in the state, will be watching carefully and undertaking “a very intense analysis of revenue collection” later this month to understand what the economic impact of the bombing might be, according to Ann Dufresne, a spokeswoman for the Massachusetts Revenue Department.

“Eventually, we will understand the impact of a lockdown in the city and a slowdown since a marathon bombing,” Dufresne said.

Massachusetts authorities who spoke to HuffPost were more concerned as to the potential effect of a decision earlier in the week by the state’s finance department, which allowed taxpayers who hadn’t yet filed their state taxes a three-month extension to do so.

“In terms of revenue collection, that’s the main thing at this point that the department is watching,” Dufresne said, while noting more than 85 percent of all expected filings had been received. “No one’s thinking about filing taxes right now with everything that’s going on.”

“The state has to keep running. The world does continue,” she said.

Beyond this week, Diffley, the IHS economist, said the long-term effect of a terror attack to Boston’s economy would likely be negligible.

Using the Sept. 11 attacks as an example, Diffley said, “Not only did that not have the major long-term economic impact many expected, it didn’t even have a large impact on some areas where effects would have seemed obvious: People are still willing to work in buildings there that are 80 and 90 stories up, for example.”

“This is a short-term impact issue for sure,” he said.

Boston Manhunt Could Cost City Hundreds Of Millions Of Dollars
Reports Of Shooting, Explosions In Watertown 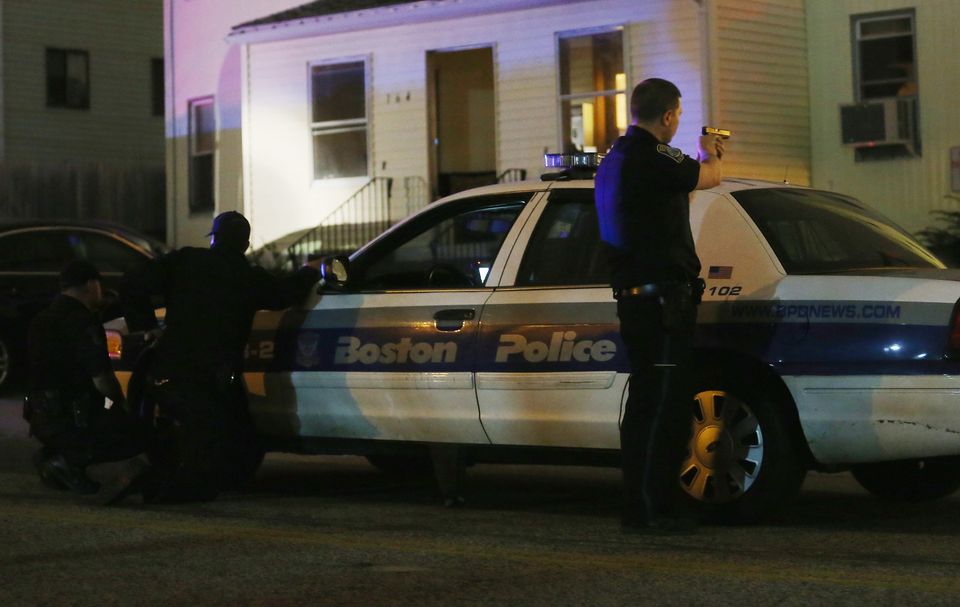