After 27 years in power, Burkina Faso's President Blaise Compaore stepped down on Friday after mass protests against his efforts to extend his rule. The Washington Post reports that three generals are vying to fill the presidency, raising the troubling specter of a military takeover.

Rallies against the president had been building all week. They crescendoed on Thursday when protesters stormed the parliament, blocking voting on a bill that would have allowed Compaore to serve a fifth term. Just days after the crisis broke out, one of the longest-serving presidents in Africa resigned from office.

After a nearly three-decades rule, Compaore's fall may seem sudden. But as Vox points out, discontent in the African nation is also driven by longstanding issues, including corruption and economic inequality.

See how events unfolded in the dramatic images from Burkina Faso this week: 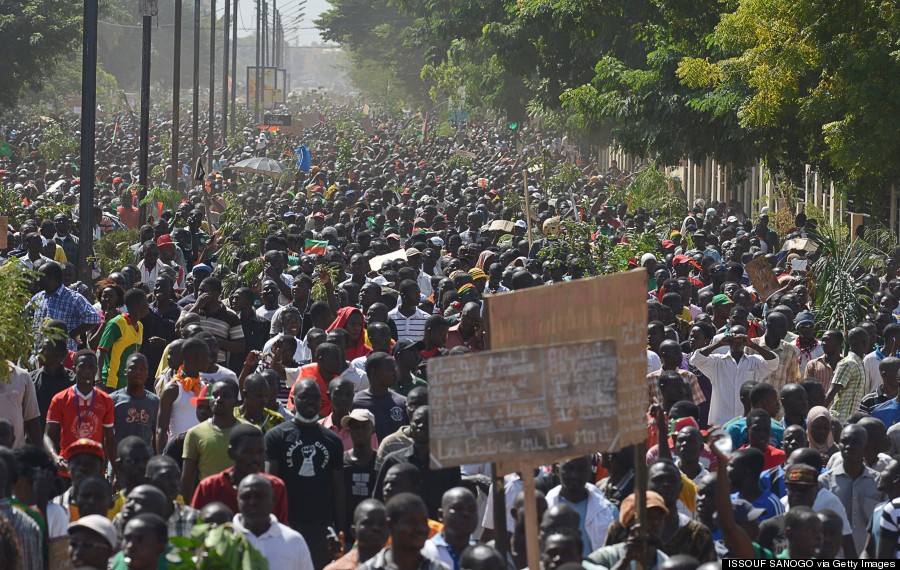 Burkina Faso opposition supporters protest in Ouagadougou on Oct. 28, 2014 against plans to let the long-serving president extend his rule beyond 30 years.(ISSOUF SANOGO/AFP/Getty Images) 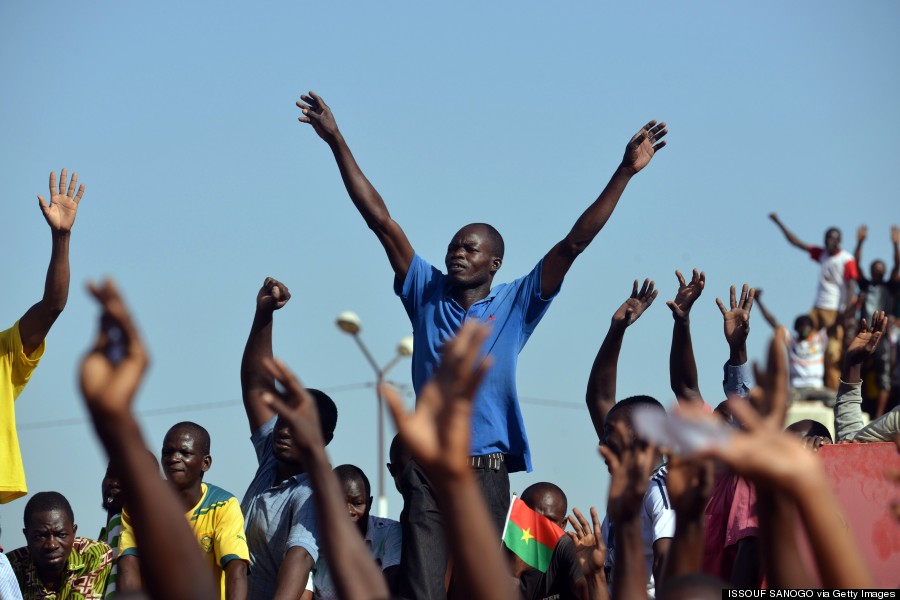 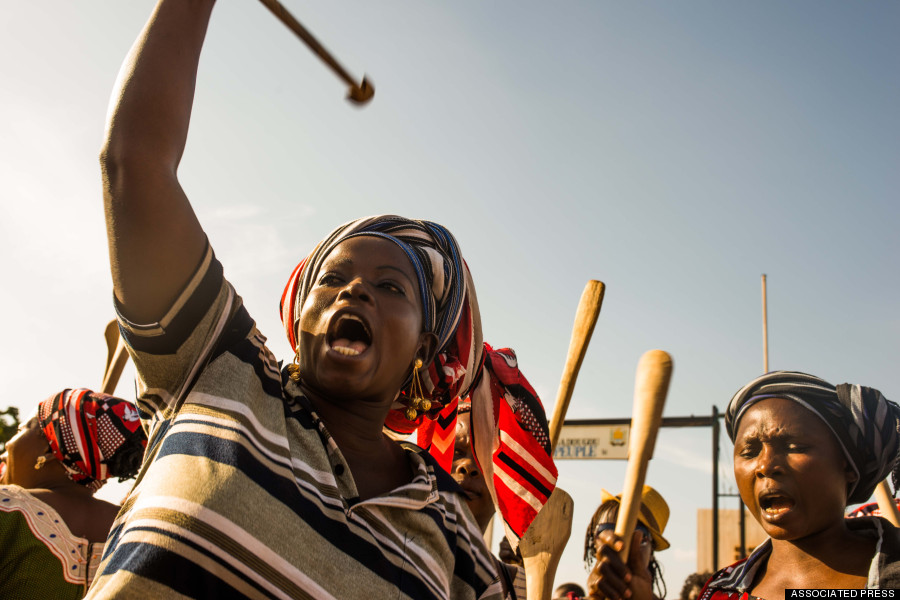 Women protest during a rally against the president seeking another term in Ouagadougou, Burkina Faso, Oct. 27, 2014. (AP Photo/Theo Renaut) 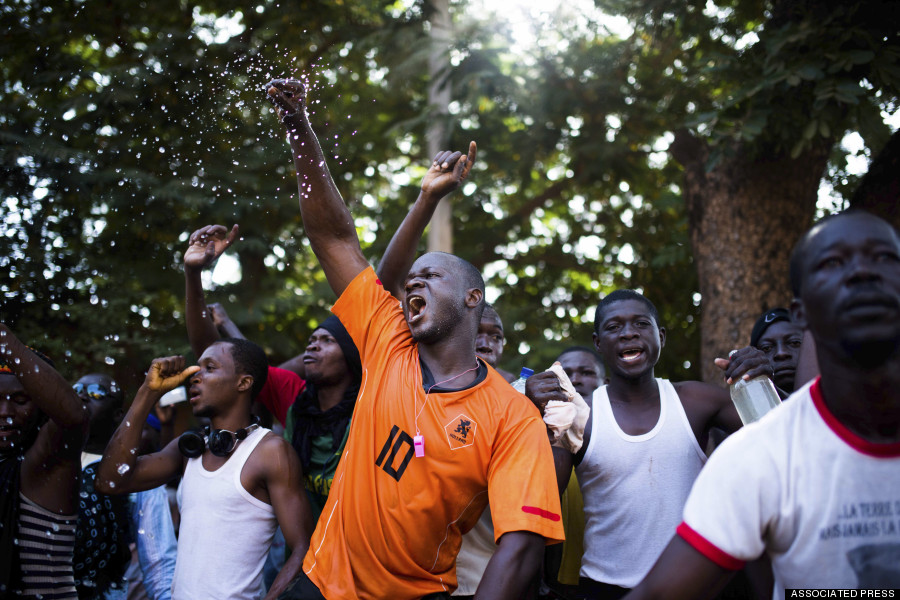 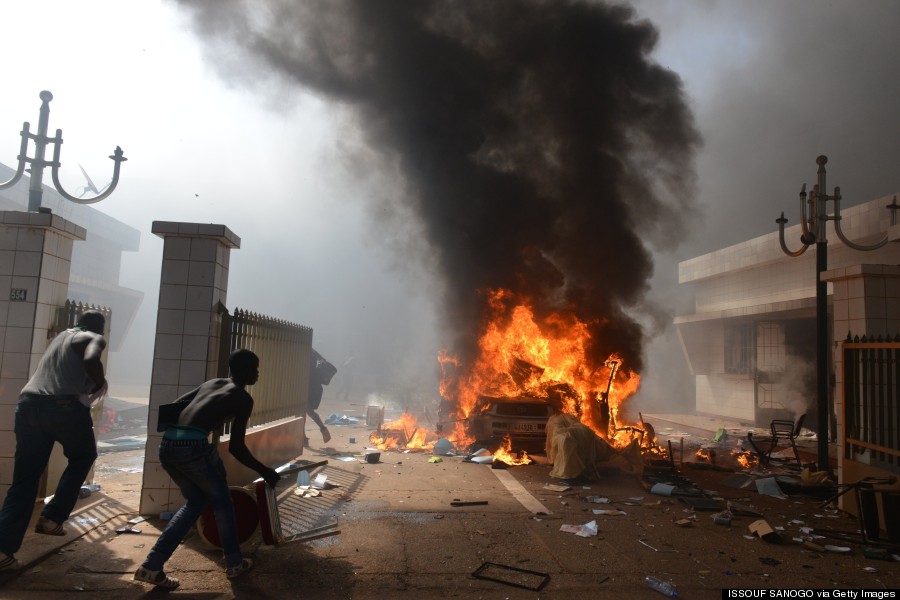 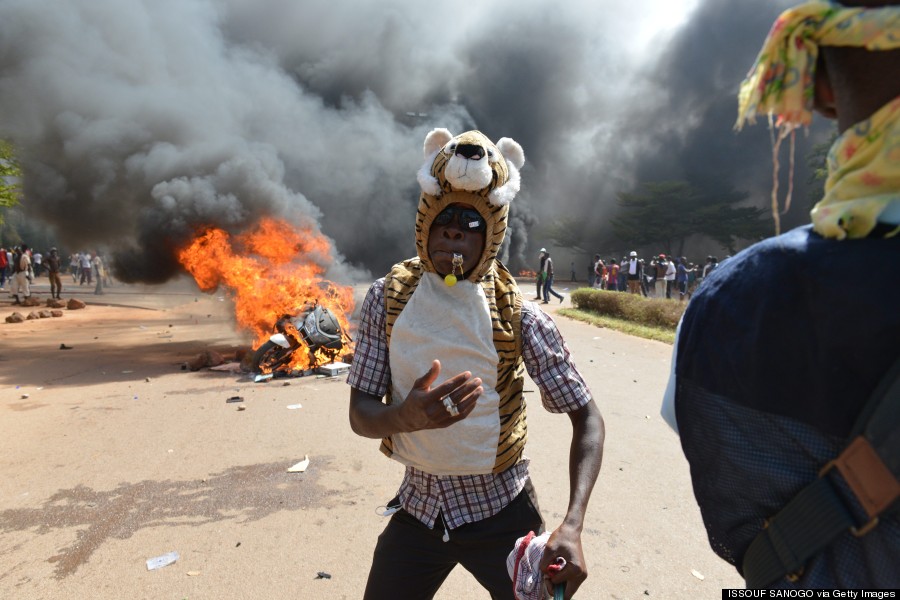 Protesters stand outside the parliament in Ouagadougou on Oct. 30, 2014 as cars and documents burn outside. (ISSOUF SANOGO/AFP/Getty Images) 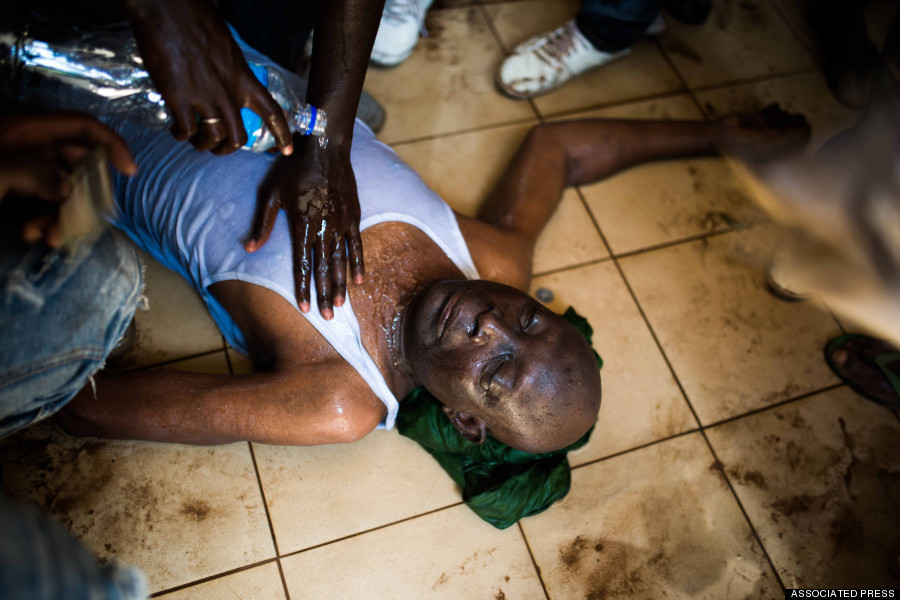 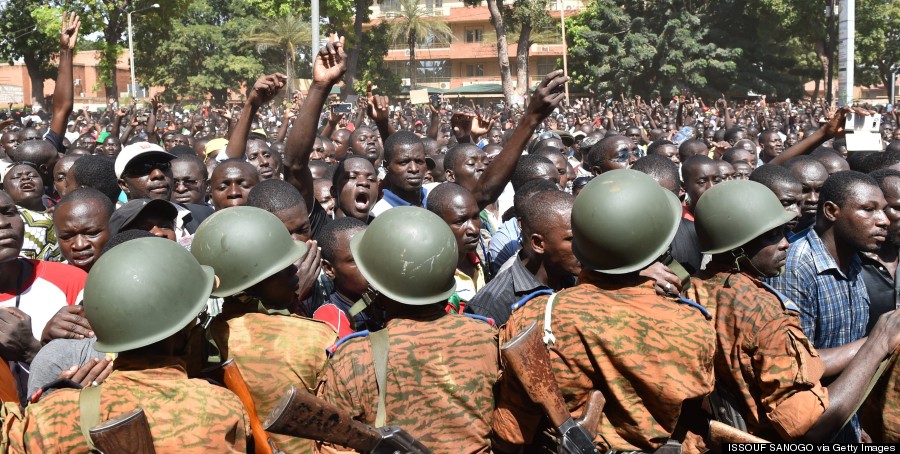 A crowd gathers on Oct. 31, 2014 in front of army headquarters in Ouagadougou, demanding that the army take over following the resignation of the president. (ISSOUF SANOGO/AFP/Getty Images) 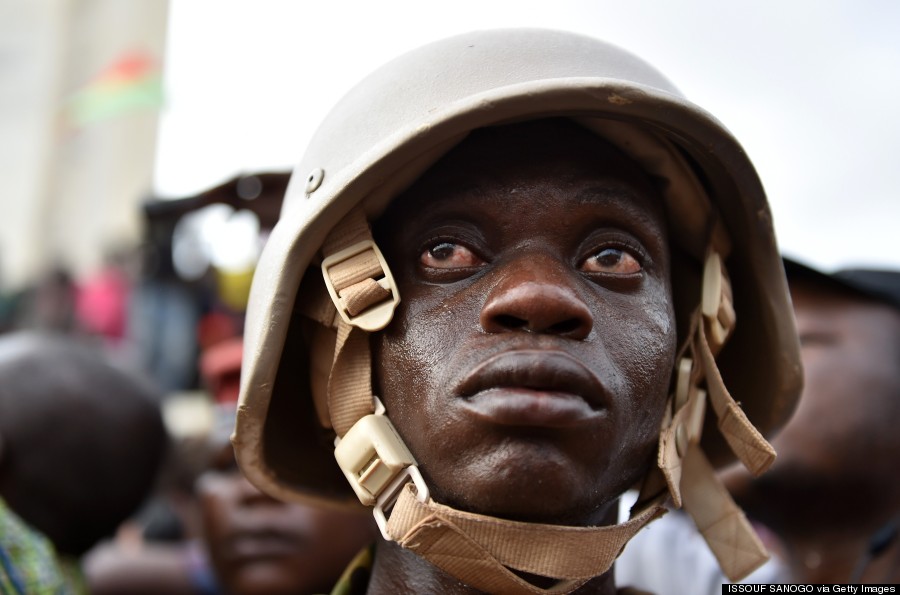 A Burkinabe soldier listens to a Lieutenant-Colonel reading a press release by the army chief after the resignation of Burkina Faso's president in Ouagadougou on Oct. 31, 2014. (ISSOUF SANOGO/AFP/Getty Images) 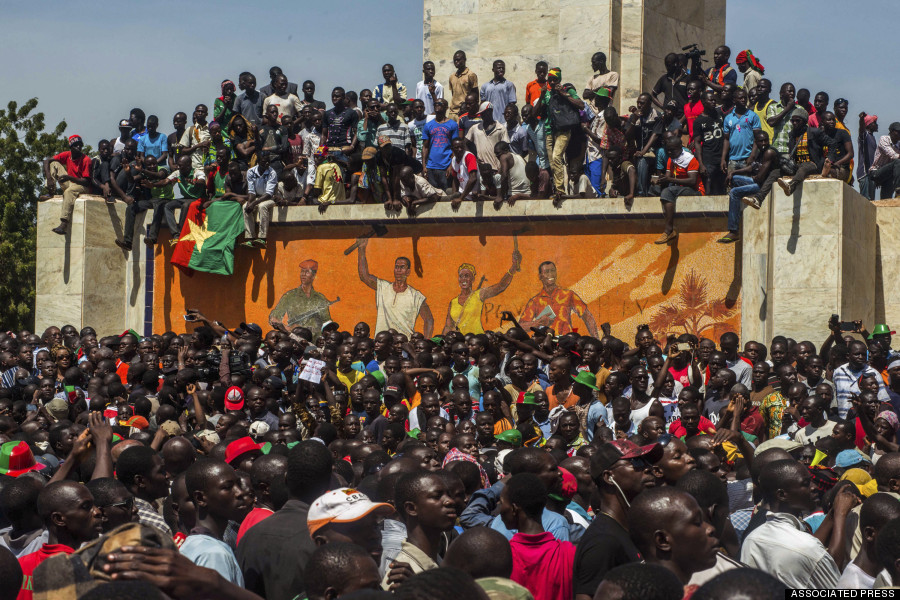 People gather near a government building as they await the announcement of a new interim leader in Ouagadougou, Burkina Faso, Oct. 31, 2014. (AP Photo/Theo Renaut) 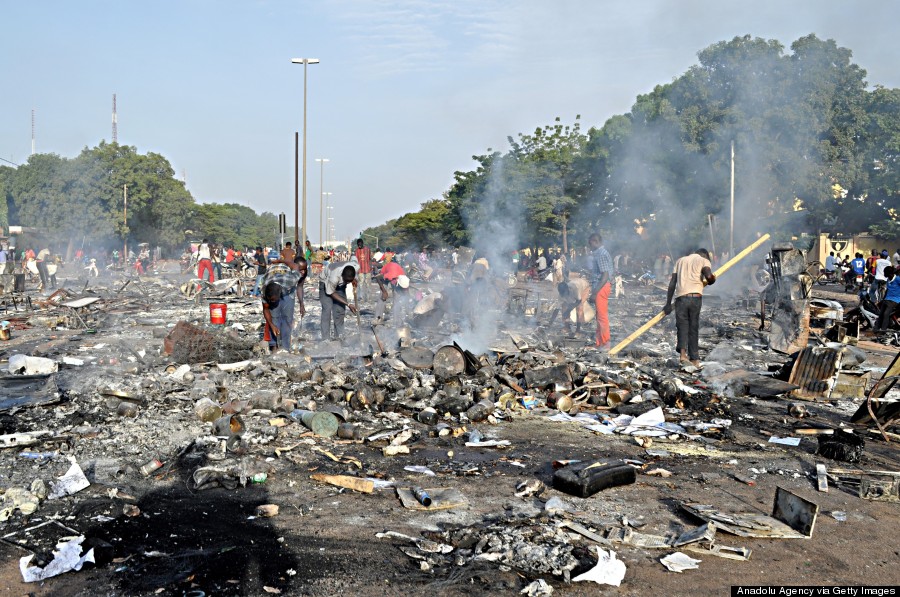 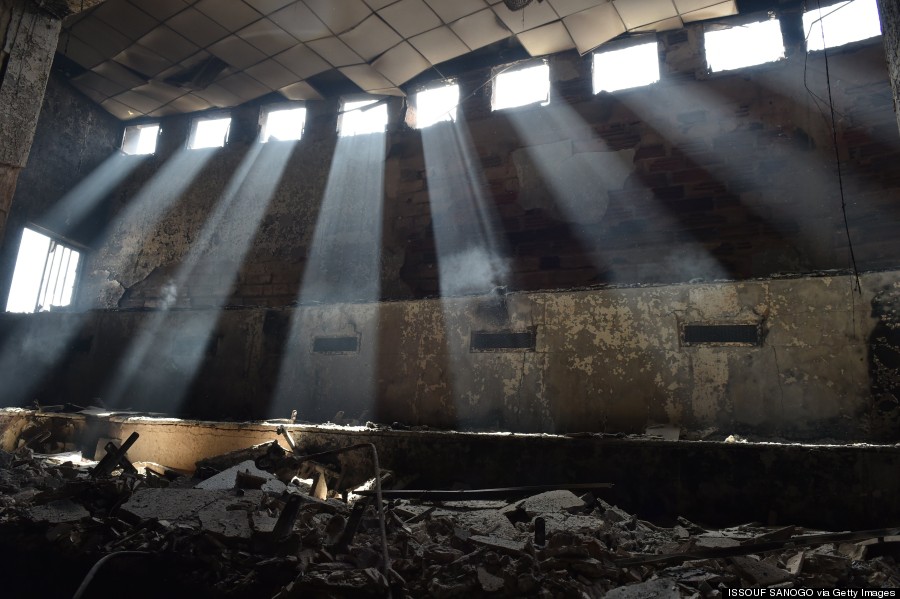 A photo taken on Oct. 31, 2014 shows the burnt inside of the parliament in Ouagadougou a day after it was stormed by protesters. (ISSOUF SANOGO/AFP/Getty Images)