Future CEOs of America, you may want to work on your vocal pitch.

While there might not be a perfect formula for success among high-ranking CEOs, recent research suggests that male chief executives with deep voices are more likely to have success.

Mayew explained in a statement released by the university:

Our results advance a relatively new area of research known as biological economics by documenting that a trait known to indicate success in biological competition is also associated with success in the competition for top corporate employment.

Published in scientific journal Evolution and Human Behavior on April 8, the research took other influences, such as education and age, into consideration. But the study's main focus was the pitch level of each executive's voice (measured in Hertz) in relation to the size of the company, annual pay and tenure.

"The deeper-voiced CEOs tend to run the larger firms," Mayew told HuffPost, adding that, as a result, they are usually paid more. "We also found they last longer" in those positions, he said.

The study is supported by past research, which has found that people perceive a deep voice as a favorable leadership characteristic. A 2012 study that asked men and women to assess lower- and higher-pitched voice samples, concluded that people are more likely to prefer a political candidate with a deep voice. Similar research conducted in Toronto in 2011 indicated that male politicians with deeper voices are also perceived as more likable.

However, Mayew said those previous findings have not been applied in the real world.

Stemming from Duke University's own research on the deep voices of politicians, "Voice Pitch and the Labor Market Success of Male Chief Executive Officers" sought to apply some past findings in the corporate world. While the results of the study on the association between a CEO's voice pitch and his success is only an initial indicator, Mayew hopes further analysis will help researchers understand the underlying mechanism that leads to this correlation.

As for why women weren't included in the study, Mayew explained, "There simply aren’t enough female CEOs in the S&P 1500 to conduct a meaningful statistical analysis." But he added, "Going forward, as more females become CEOs there will at some point be enough data to do a test." 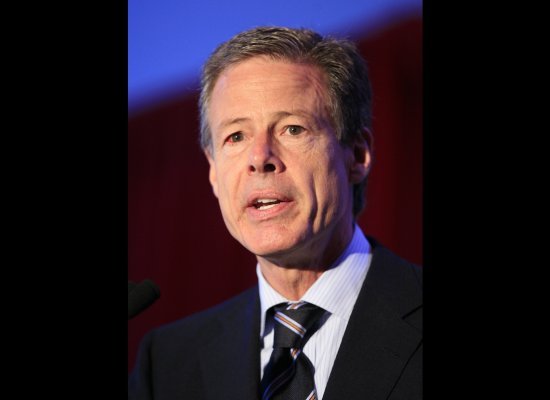