If beets could talk, and in my life they do, most of what is happening in Washington right now regarding food safety sounds certifiably nuts. I hear that we now have about 2% of the population controlling most of our money. One of the easiest ways to control the rest of us is to control our food supply. From the looks of it, large multinational interests, big corporations and legislators who have never been inside a health food store, to their local farmers' market, or grown a beet themselves, are giving the rest of us indigestion.

Food safety laws that were being discussed on the hill during September -- S.510 and S.3767 -- may be on a break for the moment. The issues remain and will be taken up when the senate reconvenes. We need a national conversation about food that is making us sick, and to ask each other: Why? Most of us do not know how to eat. This plays into the hands of those who would dictate food policy. We need a moment of awakening. We need to regain our beat with nature. We need to have some relationship with healthy soil and growing things. 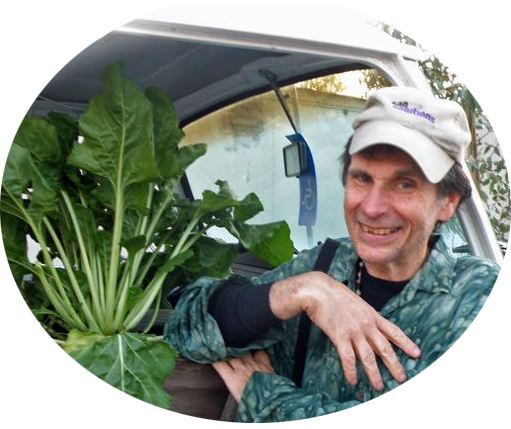 What Washington knows about food has no ground from a beet's point of view. The cornerstone of authentic food safety is first of all, growing some of your own food, and second, having a personal relationship with the farmers growing the rest of your food. This is an ideal. How many of us live in places like San Diego where we can grow food 12 months of the year and get to know more than 100 local farmers by name?

At the bottom end of the scale of food growers are the micro farmers -- small food growers -- and everywhere now, from New York City to the West, people are returning to food growing. Micro farmers, in a truly healthy food safe economy need to be encouraged, yet currently they are falling between the cracks. For authentic food safety, we need more food growers, more gardeners and farmers, not less. We are being called to be a nation of gardeners. This is essential if we want to return to true food safety.

Micro farmers and gardeners growing on less than a few acres live by other codes. They grow food that is labor intensive. The 15% of people who still micro-farm are part of that tradition. Modern conventional food and its PR are ensuring a growing climate in America that is not good for small growers.

Take as an example the case of Barry Logan, who had a final harvest celebration September 18, 2010. Barry Logan, with the help of his live-in community, served San Diego for seven years with fresh food. I am talking about food that can turn health around. He sold food at three farmers' markets. His customers were his regulators. He had been running La Milpa Organica Farm as a social experiment, as an open university. He farmed on a small field, organically. His workers were from around the world. His customers became friends and he would invite them to the farm for potlucks and pizza each month. That life does not exist any more on that land.

He broke a lot of rules: Workman's Compensation codes, tax codes, and numerous other regulations. Enough of the larger organic farmers can live within these rules, and do; and yet, our laws are out of touch for the most part with what it takes to grow quality real food that is safe food. Safe food, healthy food, and food safety are not on the same plate.

Do local farmers really need more red tape? Truly Big Ag does. Logan believes micro small growers should not be regulated. A system of labor intensive farming that has existed for 10,000 years is butting heads with legislators, regulators, and regulations who would benefit from on the farm training at a La Milpa Organica Farm Open University. The farm is gone. But we can still learn from it.

Shift happened. We are now being asked to be stars in a real-life Rock Your Soul Opera by Keep The Beet Media Star called Beet Keepers, Return! Can you hear the "beet"? Yes, people can die from contaminated food. But regulations without a healthy conversation create more illness, not less.

Nature's original technology is here to stay on an Enchanted Garden planet. We can grow 1000 years of peace in harmony with nature if we begin now to regain our beat with nature. Gloria Estefan sang, "Turn the Beat Around!" Truly, to reform food safety, we are asked to turn the beet around. Small size growers are part of nature's original technology -- and healthy legislators should be too. High tech and GMO's give us the option to have fewer people on the farm; they need a thorough vetting. A true dialogue between science, ethics, and food is coming into focus. Indeed, we are only now beginning to understand the true meaning of food safety.