Happy Columbus Day! There's nothing like a three-day weekend or an Italian pride parade to start off the week in celebration of the explorer's discovery of America (although he was not, in fact, the first European to step foot on North American soil).

While Christopher Columbus may have sailed the ocean blue in fourteen-hundred-ninety-two and then received a national holiday in his honor in 1937, there's been ongoing debate over whether or not the holiday is socially insensitive or worth celebrating.

Sure, Columbus Day may be historically incorrect and a wee bit out of touch, but that doesn't mean we can't have a little fun with it. So we figured, what better way to celebrate the holiday than with a little humor? Take a look at these hilarious memes in honor of Christopher Columbus and--once you've finished laughing--tell us your favorite one! 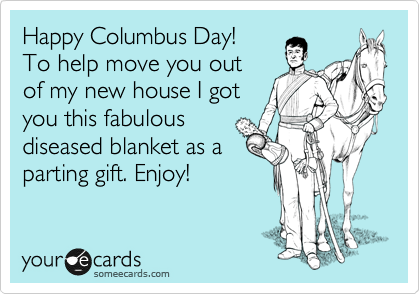