Imagine if the world's religious leaders would travel across continents, speak to large audiences of an entirely different religion, and praise the Founders of religions other than their own. For example, maybe a Pope might speak in synagogues about the profound contributions to human civilization by the prophet Muhammad and Islam.

In case you think under current world conditions I've lost it, consider this: one hundred years ago, at a time when people knew even less about other cultures and religions, one of the central figures and the leader of the worldwide Baha'i community had just been released from forty years of imprisonment and travelled through Europe and North America doing, among other things, exactly what I describe above.

A century ago this month, Abdul Baha, whose remarkable trip was summarized by Rainn Wilson in a previous Huffington Post article, spoke before a packed audience at the famous Temple Emanuel in San Francisco. Here was the leader of the Baha'i religion, talking before a Jewish audience, about the divine power released into the world by Jesus Christ: "Through Christianity the greatness of Moses became known among all nations ... through the translation of the New Testament, the little volume of the Gospel, the Old Testament, the Torah, has been translated into six hundred languages and spread everywhere in the world. The names of the Hebrew prophets became household words among the nations ..." 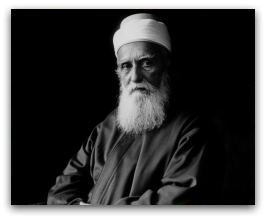 Likewise, in Christian churches across the country, Abdul Baha spoke about Islam, pointing out that in the Quran there is praise and glorification of Jesus Christ, and even details about His remarkable childhood that are not found in the Gospels. For example, at a church in Brooklyn, Abdul Baha said: "Among the great religious systems of the world is Islám. About three hundred million people (in 1912) acknowledge it. For more than a thousand years there has been enmity and strife between Muslims and Christians, owing to misunderstanding and spiritual blindness. If prejudices and imitations were abandoned, there would be no enmity whatever between them, and these hundreds of millions of antagonistic religionists would adorn the world of humanity by their unity."

A question that Abdul Baha asked the audience at Temple Emanuel in San Francisco is as relevant for us today as it was then: "Why should not the followers of one religion praise the Founder or Teacher of another? ... What harm could there be in this? ... On the contrary, (by doing this) you would contribute to the welfare of mankind. You would be instrumental in establishing the happiness of the world of humanity." 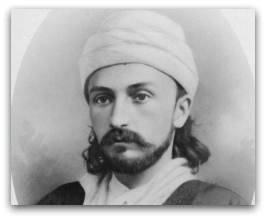 Photo of Abdul Baha taken around 1867

We don't need to wait for religious leaders to take the initiative; we can all play our part to build bridges among the world's religions. For starters, this forum provided by the Huffington Post, where so many diverse viewpoints are presented and respectful dialogue takes place, is a wonderful example of how connections can begin. We can also engage in the adventure of learning about religions other than our own. I strongly believe from personal experience that learning about many religions, besides being fun, enriches and deepens understanding of my own faith. You could pick a theme like prayer, life after death, charity, work, happiness, science, peace, the list goes on, and find that studying it from the vantage point of different faiths is like looking at light through a prism: similar light, but with slightly different refractions it becomes all the more fascinating and beautiful.

Religion has been a powerful force throughout history, inspiring some of the noblest and most shameful actions that human beings are capable of. The events of the past few weeks, past decade, and past centuries show what a potent force it is and how important it is for all of us to understand. In this regard I would commend to the reader a letter that was written by the Universal House of Justice, the international governing body of the Baha'i community, to all the world's religious leaders. 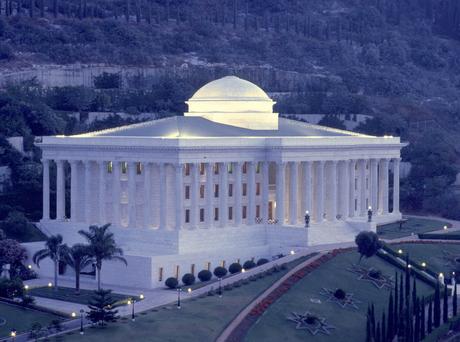 The Seat of the Universal House of Justice in Haifa, Israel

Likewise, I recommend a talk that was given by Abdul Baha on October 8, 1912 at Stanford University. That morning, all classes at Stanford were suspended so that the entire student body and faculty could hear him speak.

After discussing the role of science, the inter-connectedness of everything in creation, the unique station of human beings within creation and the need for human harmony because of this sublime station, Abdul Baha spoke about "reconciliation between the religions of the world": "If the reality underlying religious teaching be investigated all religions would be unified, and the purpose of God, which is love and the blending of human hearts, would be accomplished."

One hundred years later to the day, on October 8, 2012, there will be a large event open to the public at Stanford University to celebrate this remarkable talk. All are welcome.

Having said all this, I would love to hear your thoughts. What has been your experience in better understanding different world religions? In what ways can people of different faith backgrounds be more connected? How do you think your great-grandchildren will experience the world's religions? I look forward to reading your comments.