Courtney Love is not a fan of Paul McCartney performing with the surviving members of Nirvana, telling TMZ that she is "not amused" by the idea.

Kurt Cobain's widow said she might have been more impressed if McCartney's late bandmate John Lennon was in Sir Paul's position. "Look," she said, "maybe if John were still alive it would be cool."

News that McCartney was joining Foo Fighter's frontman Dave Grohl and Krist Novoselic for a performance at the 12-12-12 Concert (a benefit for Hurricane Sandy victims) set the internet ablaze Wednesday morning.

From our earlier reporting:

"I didn't really know who they were," the Beatle said of being in the studio with Grohl and Novoselic. "They are saying how good it is to be back together. I said 'Whoa? You guys haven't played together for all that time? And somebody whispered to me 'That's Nirvana. You're Kurt.' I couldn't believe it."

For more, head over to TMZ. 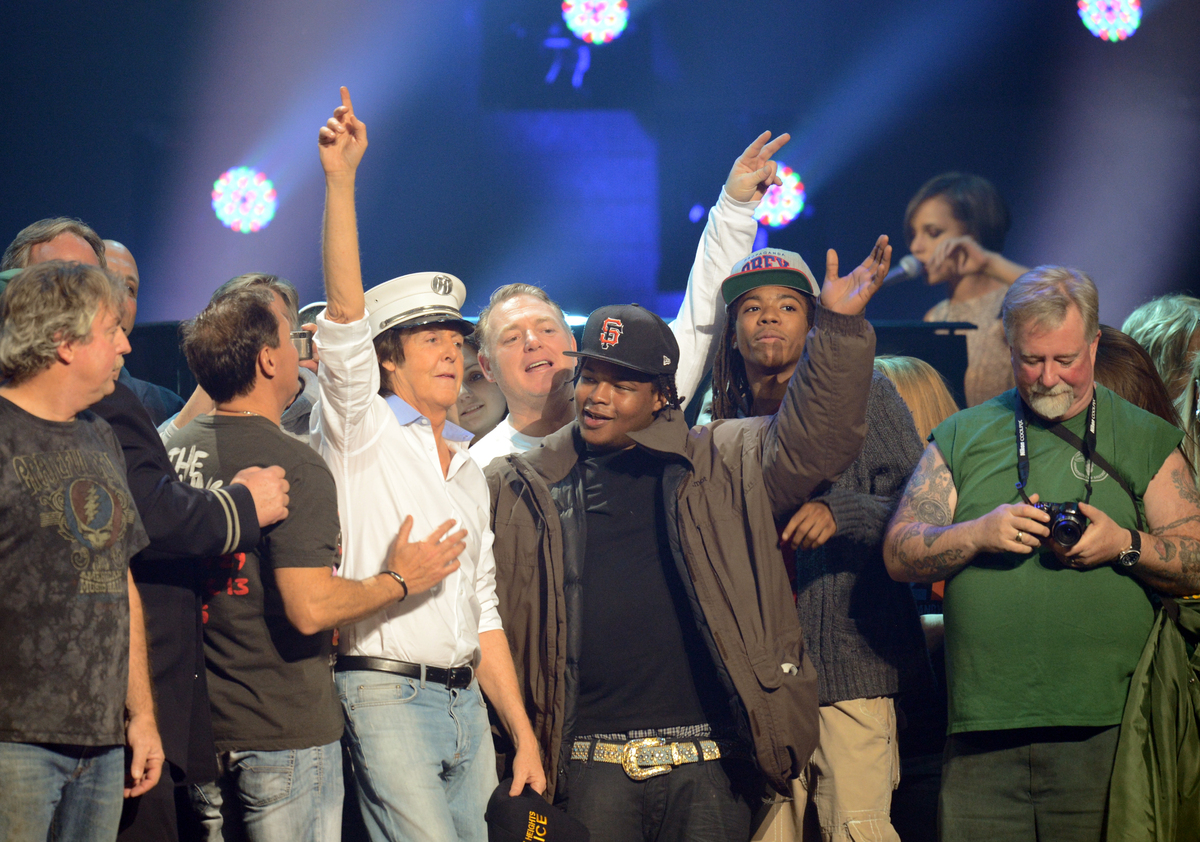