I grew up as a dancer. I don't mean that I grew up as someone who danced. I started lessons at an early age, with a mother who also was a dancer. So it wasn't long before the leading identifier for me was "Jessica, the dancer." It dictated my hairstyles, weight, schedule, social life and even learning habits.

Although I loved (and was required to take) all forms of dance, I was trained at a school where ballet was the base. The idea was that when you mastered the discipline, technique and artistry of the most strict of the different forms, it would feed into success wherever your passion ultimately landed. As early as middle school, I spent summers at dance camps and was accepted into a performing arts high school, although I made the choice to stay home with my family during my parents' divorce. I knew that I wanted to be a dancer like you know chocolate tastes good. There was no plan B; there was only progress along the Plan A path.

I followed that passion into college. I knew I was strong enough to be in a competitive program, so I went to Oklahoma City University, a school known for producing amazing performers (case in point, my senior year roommate won a Tony last year!). What I learned there was less about being the best dancer (although that was a given), it was about professionalism, learning and supporting others, networking, and the ability to produce the best total product possible-no matter what your part.

This kind of long-term dedication to something so physical came with a price. As someone born with a natural flexibility in an art where that kind of physicality is celebrated, I was eventually plagued by chronic hip pains. There were probably many options to strengthen as I stretched, but those weren't as advanced as they are today. I tried ice until I was numb, acupuncture until I looked like a pin cushion, and Advil until I bruised. Everything was a short-term fix. The final advice from doctors was to think about changing how I spent my time or think about not walking by 30.

Taking a different path
I resisted. I continued to dance. I taught. I was constantly in pain. Eventually, I tried to take a year off to try something else with the intention of coming back to dance. During this time I took a job with a dot.com in Chicago. When it was clear that the company was doomed, the CEO, a former Andersen Consulting partner, offered to refer me into the firm (now known as Accenture). And so began a career...unintentionally. I found that I was good at the work I performed. I applied the same discipline, teamwork and focus that was required in being successful in my previous life and found that the rules of engagement were the same. I've since discussed this similarity with executive leaders who were athletes. Although the ability to physically play a sport or be a dancer morphs as you age, the drive, dedication and practice that it takes remains the same to be successful anywhere. I found that I was complimented on all the things I brought to the table from my training--public speaking, poise, confidence, commitment, and dedication to getting it right.

My career has advanced in ways I didn't think possible, mostly because they were unknown as options to me. After a career in sales and account leadership, I now serve as the Executive Director of the Accenture Foundation, Accenture's global corporate social responsibility vehicle, which focuses on education, digital opportunities and enhancing human life. Is this what I envisioned myself doing as a child? Of course not. But only because I didn't know this option was possible. 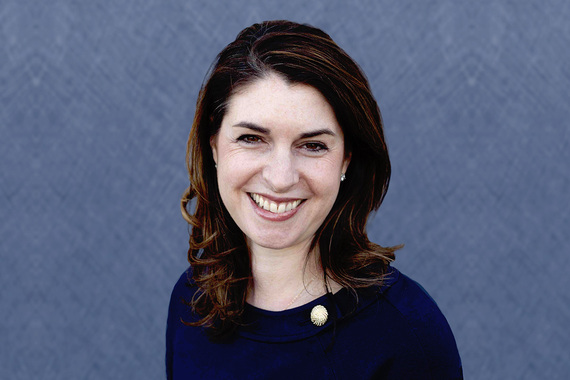 What I do now marries my passion for voluntarism and giving back with the structure and resources of the Accenture family I've grown to love. The Foundation supports the corporate citizenship agenda of Accenture, which, through our Skills to Succeed initiative, provides in-need populations, such as disadvantaged youth, veterans, women and legal immigrants, with relevant skills needed to secure lasting work. It's meaningful because giving an individual the ability to succeed not only raises them up but also their families and, in turn, their communities. We also support disaster relief. Over Christmas, our colleagues in Chennai, India, faced flooding worse than they had seen in 100 years. The Foundation was able to rally employee giving and support rebuilding efforts for our employees who were impacted.

As I've progressed in my career, on good days, I often thought that I was happy I took a chance on something unknown and have been successful. On challenging days, I would remember the skill and passion I had for dancing. I'm at an age and position now where I can reflect on the beauty of both. I had the opportunity to pursue a passion and take it to an advanced level and still thrive in a professional career where I'm able to be heard, not just seen, and to contribute in a meaningful way to my company's corporate citizenship agenda. Luck is simply preparation meeting opportunity. Lucky me.