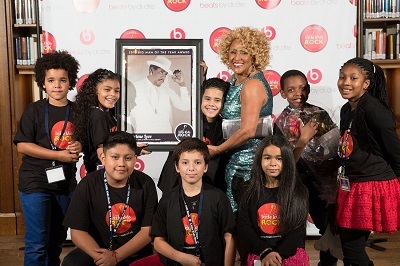 Little Kids Rock, founded in 2002 by elementary school teacher David Wish, transforms children's lives by restoring and revitalizing music education in public schools. The organization is currently the leading provider of free music lessons and instruments to underprivileged children in U.S. public schools and has at this writing served nearly 250,000 students at over 1,700 schools in 25 cities.

The event, which took place at Cipriani Wall Street, raised over $850,000 in donations, which will help to fund music education for 15,000 additional children throughout the United States. In addition to the funds raised by the event, David Wish announced a $4.5 million initiative to bring music education to 600 schools in New York City, details to be announced at a future date. Darlene Love, who is also a 2011 inductee of the Rock and Roll Hall of Fame and star of the current film Twenty Feet from Stardom, was joined onstage by many of her high level peers in front of a band that kept the evening moving along from highlight to highlight, supervised by board member (and last year's Big Man of the Year honoree) Little Steven Van Zandt.

Jake Clemons, nephew of the late Clarence Clemons, opened the proceedings by speaking about the organization which his uncle was so fond of and did so much for. Students from Franklin L. Williams Middle School in Jersey City presented a medley of tunes, followed by performances by Brian Wilson, Elvis Costello, Bill Medley, Paul Shaffer, and Steven Van Zandt as well as Darlene herself. The venerable New York band The Hit Squad was joined by a full horn section and choir, as well as a fantastic string section, to bring the songs to vivid life. 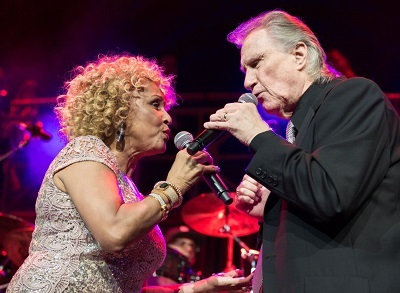 I spoke with Darlene a few days before the event about the necessity of music education in schools. She had recently been visiting a few schools to present the kids with musical instruments. "Kids are the greatest," she enthused. "When some of us show up it's even more exciting for them. It's great for them, but it's also great for us because we're really giving back and making a dent in the music business for them. They get a really good foundation this way."

Darlene herself started off by singing in church with her pastor father's church choir. "It wasn't until I was about 17 or 18 years old that I actually started in the business." She lauded the efforts of Little Kids Rock and also spoke movingly about the importance of music and arts education in all forms of education. "It's important for reading writing and arithmetic, also, but they need something else, something to free themselves. They make it seem like arts is not part of education but it really, really is - even if the kids don't become musicians or entertainers, it gives them a whole vision of what they can do in other parts of their lives."

Hard Rock International Chairman Jim Allen was also honored at the event for his continued support of Little Kids Rock. Last year's event was sponsored by Allen's organization. His award was presented by Little Steven, who called Allen "a man who goes out of his way to support Rock and Roll."
Many classics were played by the fabulous band and guest singers during the course of the evening, including "He's Sure The Boy I Love," "Not Too Young To Get Married," "You've Lost That Lovin' Feeling," "Today I Met The Boy I'm Gonna Marry," and "River Deep Mountain High." "It's all about the kids!" Darlene said to the cheering audience.

More information about Little Kids Rock can be found on their website.