Who says you can't play in a sandbox just because you're all grown up?

That's the idea behind Dig This off the Las Vegas strip, a first-of-its-kind recreational heavy equipment playground. The concept was developed by New Zealander Ed Mumm, with the intention of creating a "super-sized sandbox" where adults could command heavy machinery in a safe and supervised environment. Inspired by his experience using heavy equipment to build his home, Mumm opened the first Dig This in Colorado in December 2007 to great fanfare, with doctors, teachers and other unlikely amateur machinists jumping at the chance to become hardened construction workers for a day.

The Las Vegas Dig This location welcomed its first customers in May 2011 and has continued offering its playground to the public as a place to operate colossal hydraulic excavators and bulldozers.

"You know, my original business model was to go with just smaller equipment,” Mumm told NPR. "And that certainly would’ve reduced the cost for the experience, but man, Americans love big stuff."

Customers can use the aforementioned "big stuff" to push around rocks, dig trenches and move dirt, teeter-totter over mega mounds of dirt, play a variation of basketball known as “Bucket Basketball” and toss around tremendous 2,000 pound tires into the air.

Depending on whether your day will be based on a solo or group experience at Dig This, prices will vary. The “Group Dig” accommodates up to 10 people for $1,100, while "Big Dig" ($249) offers a choice of an excavator or bulldozer while "Mega Dig" ($449) offers both.

Dig This makes sure that participants attend a safety and equipment orientation, and they are monitored by supervisors -- some whom are former construction workers -- equipped with kill switches in case a machine gets out of control.

"We pass construction sites almost continuously," Mumm told the Los Angeles Times. "You look in, see someone operating a big dozer or excavator, and wish you could have a go at it. There’s an allure to jumping on a big piece of machinery -- the size of them and what they can do. I guess a lot of us never grew up out of our sandboxes.”

Dig This: A 'Super-Sized Sandbox' Off The Las Vegas Strip
Dig This, Las Vegas 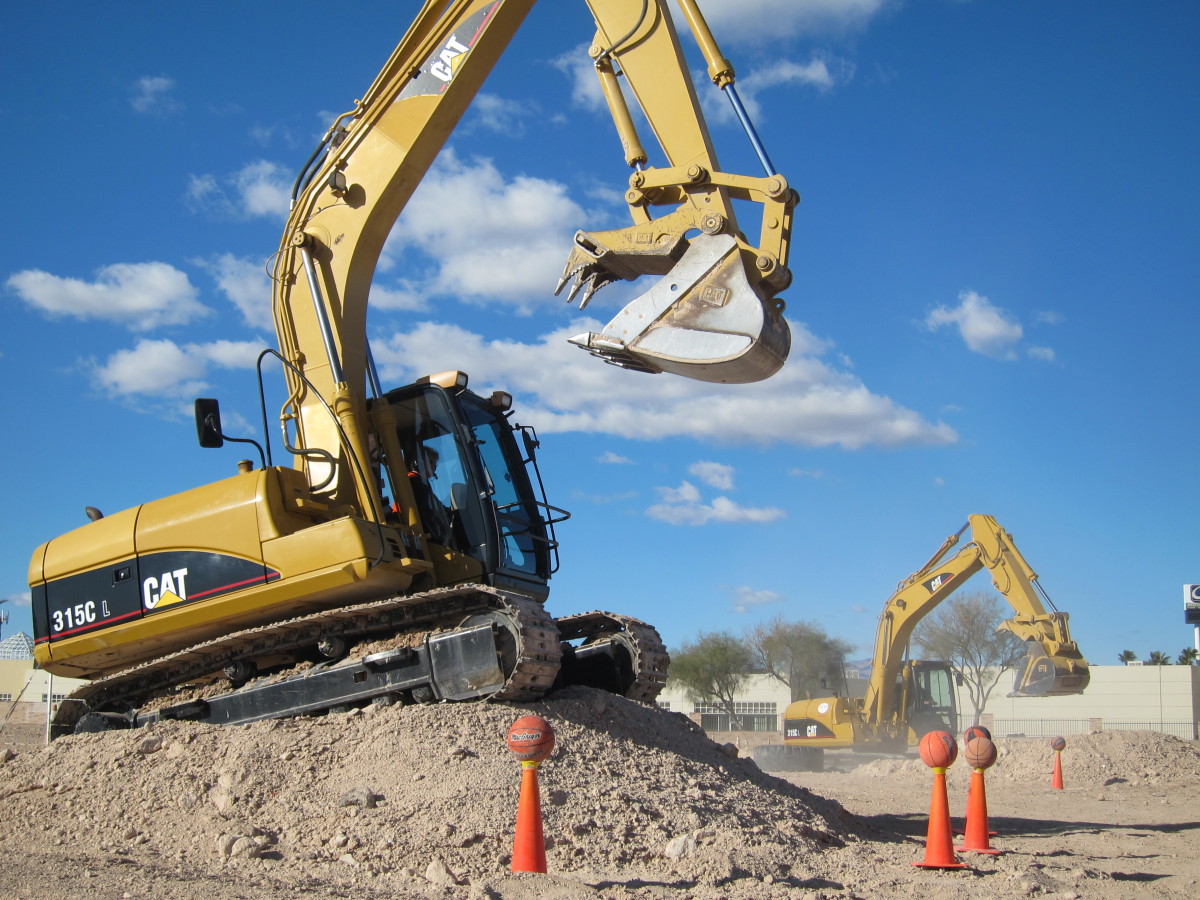