Dominique Venner committed suicide on Tuesday in front of the altar of Notre Dame Cathedral in Paris. The death of the 78-year-old essayist and historian sparked numerous reactions from French nationalists.

"All our respect to Dominique Venner whose last gesture, an eminently political one, attempted to awaken the people of France. MLP"

In a blog post published on the same day as his suicide, Venner talked about "new gestures, spectacular and symbolic ones, to rattle lethargies, to shake anaesthetised consciences and awaken the memory of our origins."

"My emotional thoughts go out to the tragic disappearance of D.Venner, intransigent and courageous defender of our civilisation's values."

Bruno Gollnisch, another figure of the National Front, saw Venner's suicide as a "protest against the decadence of our society." Gollnisch argued that Venner "experienced" the approval of the law on gay marriage "as it should have been experienced, as a promotion of decadence and a defacement of marriage."

Gollnisch added that "it wasn't his only fight, he also protested against the programmed disappearance of the French people, the progressive substitution with other populations."

"It's with immense sadness that I hear about Dominique Venner's suicide. He will be reunited with the heroes from the Iliad he loved so much."

According to some members of the National Front, Venner was considered as a potential candidate to head the party when it was founded in 1972.

Honorary president Jean-Marie Le Pen commented on the suicide to the AFP by comparing it to the death of Pierre Drieu La Rochelle, a writer who collaborated with the Nazis during WWII and who committed suicide in 1945. "An intellectual suicide, which testifies with death," declared the founder of the National Front.

On Tuesday night, thousands of far-right militants gathered in front of Notre Dame Cathedral, carrying torches and national flags. According to Le HuffPost, an unidentified speaker said: "We ignored the deep causes of his gesture. We are here to pay tribute to his last fight (...) He always defended France, beautiful, strong and proud of itself."

This piece has been translated from French and originally appeared on HuffPost France. 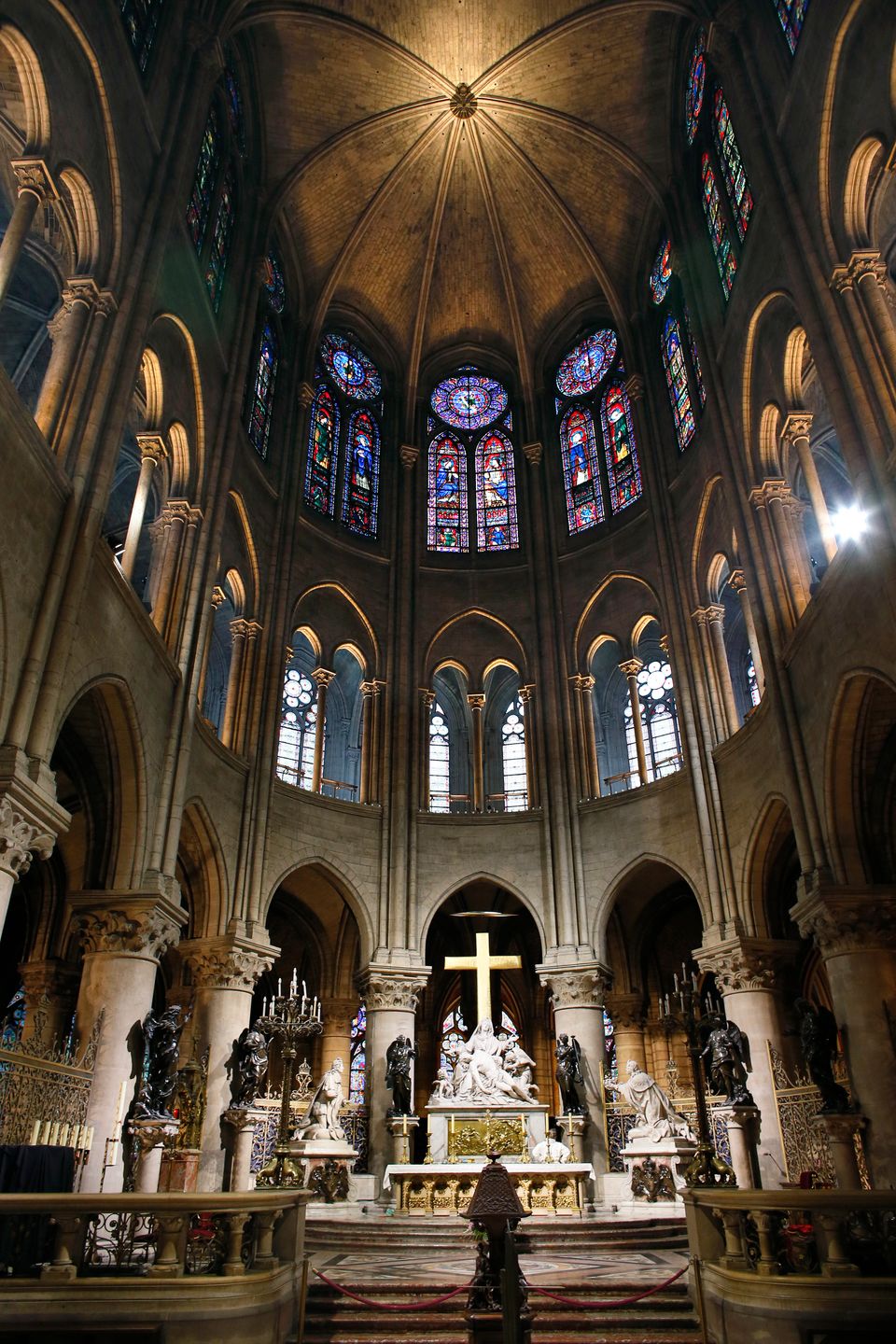 1 / 13
A view of the central altar inside of the Notre-Dame de Paris cathedral on November 30, 2012, in Paris. AFP PHOTO / PATRICK KOVARIK
Getty Images