Members of his own party are flummoxed by his chronically impulsive, erratic, outrageous behavior -- and feel powerless to do anything about it. Trump fans make excuses for him ("Oh, he didn't really mean that literally -- he's just making a point") while Republican leaders are waiting and hoping he'll change, that he'll "pivot to being more presidential." 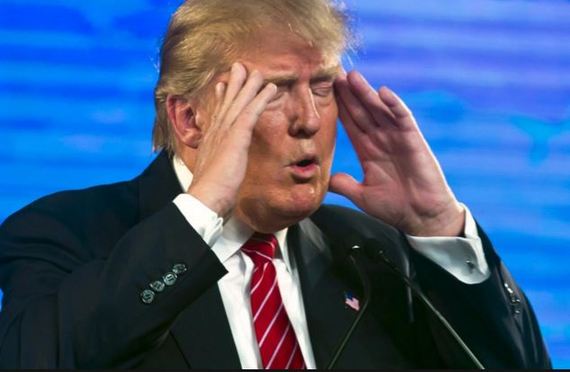 But those of us in the 12-step community know exactly what's wrong with Donald Trump -- he's an addict. He's one of us. Donald Trump says that he doesn't drink or do drugs -- that may or may not be true. But he is most certainly an addict -- hooked on money, fame, power, drama, and adrenaline. He exhibits virtually all the classic characteristics and behaviors of an addict:

• Self-centered and grandiose to the extreme, the addict is immature and childish, petulant and vindictive; he is a petty tyrant, a child-king, who thinks the world revolves around him.
• The addict is undisciplined, easily distracted, with a very short attention span.
• Self-will runs riot -- the addict wants what he wants and he wants it now.
• He thinks nothing of lying, cheating and stealing in order to get what he wants.
• The addict is thin-skinned and hypersensitive; he over-reacts to slights, both real and imagined.
• The addict holds onto resentments, nurse grudges, and broods over perceived disrespect and "attacks" by others.

Trump -- like other addicts -- can be a con artist who depends on his skill at lying and manipulating to get what he wants. In fact, he is such a good con artist that he cons himself! He actually believes his own lies. His mind is characterized by "stinking thinking" and he truly can't tell fact from fiction.

Some recovering alcoholics might have a name for guys like Trump -- he's a "dry drunk." He may not drink or do drugs, but he is as sick as any drunk you'll ever meet. He is emotionally, morally, and spiritually bankrupt. His character is stunted and deformed. He has no capacity for empathy or altruism. It's all Trump, all the time. Narcissist to the extreme.

Those of us in the wider 12-step community might use a number of different terms to describe Trump's addictive personality: he's "money mad," addicted to the thrill of the deal; he's an "attention junkie," a "fame junkie" who can't bear to be out of the spotlight; he's a "power mad control freak;" he's a "drama king," an "Adrenalin junkie" who thrives on conflict and tension.

Trump -- like other addicts -- can be insatiable. There is never enough money, attention, fame, or excitement to satisfy. He always needs another fix, and will do anything to get it. "More" is his mantra. 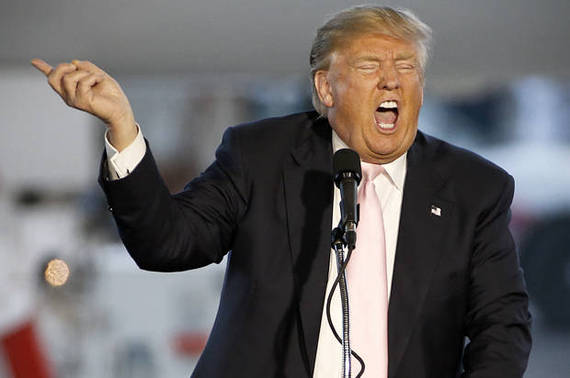 Some people in the recovery community have seen this insanity before -- in our own families. The addict may behave badly -- making a fool of himself and embarrassing his family -- while his wife and kids might rationalize and minimize his awful behavior, cover for him when others raise questions, and do their best to reign him in. All the while they keep hoping he'll change. It's called codependency and it's universal among people who live in dysfunctional families with an alcoholic or addicts.

There is nothing the GOP leadership can do to change Trump. They didn't cause Trump; they can't control him; they can't cure him. But they do enable him. Republicans are enmeshed in a codependent relationship with a crazy man, a money-mad fame junkie. Trump is not going to change -- he is not going to pivot to be more presidential.

Trump will be Trump. And why not? It's worked for him his whole life. He is a high-functioning wealth and fame addict who's convinced that he's done nothing wrong. Remember, this is the guy who said in an interview that he has never prayed to God for forgiveness. But of course! A guy who thinks he IS God has no reason to acknowledge transgressions, much less pray for forgiveness. The only way an addict can change is to "hit bottom" first, then ask for help. Trump ain't doin' that anytime soon -- probably never.

So, the question for Republicans is: "What can we do to save ourselves and our party, so that when Trump goes down in flames in November, we don't go down with him?" 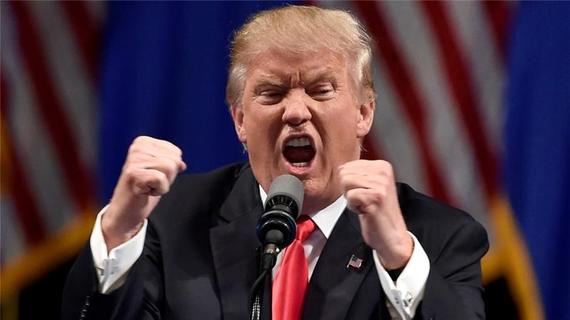 People who are in codependent relationships can't always save some addicts -- they can't even save themselves. Nothing short of a complete transformation -- an total overhaul of moral character -- can save them. Some addicts cannot stop their addictive behavior on their own -- they need a power greater than themselves. The great psychiatrist Carl Jung told Bill Wilson that no doctor, no human power, could cure Bill of his severe alcoholism. When Bill asked, "So there's no hope for me? I'll die from drinking?" the good doctor told Bill that his only hope was to seek a spiritual experience. Nothing short of a Divine intervention could save him.

The GOP needs its own 12-step program of recovery -- much like the 12-step groups ALANON and Codependents Anonymous (CODA). Republicans are trapped in a crazy, codependent relationship with Trump and they cannot find their way out. Their only hope is to seek a spiritual and moral transformation.

Here are 12 suggested steps of recovery, adapted from the 12 steps of Alcoholics Anonymous and ALANON:

1.We admitted we were powerless over Donald Trump -- that our party has become unmanageable.
2.Came to believe that only a Power greater than ourselves could restore us to sanity.
3.Made a decision to turn our will and our party over to the care of God as we understood Him.
4.Made a searching and fearless moral inventory of our candidate and our party.
5.Admitted to God, to ourselves, and to the American public, the exact wrongs in Trump's nature.
6. Were entirely ready to have God remove all of our defective characters.
7.Humbly asked Him to remove our party's shortcomings.
8.Made a list of all persons we have harmed, insulted, attacked, and blamed, and became willing to make amends to them all.
9.Made direct amends to all these people wherever possible, except when to do so would injure them further.
10.Continued to take party inventory, and when we were wrong, promptly admitted it.
11.Sought through prayer and meditation to improve our conscious contact with God as we understood Him, praying only for knowledge of His will for our country -- and the power to carry that out.
12.Having had a spiritual awakening as the result of these steps, we tried to carry this message to Trumpaholics everywhere, and to practice these principles in all our affairs.

And finally, here is a prayer for the GOP -- a prayer that has helped millions of addicts and people in codependent relationships with addicts.

"God, grant me the serenity to accept the things I cannot change (Donald Trump), the courage to change the things I can (myself), and the wisdom to know the difference." 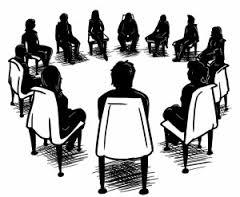 BJ Gallagher is a sociologist who writes frequently about addiction. She is author of over 30 books, including: "The Power of Positive DOING," "If God Is Your Copilot, Switch Seats" and "Why Don't I Do the Things I Know Are Good for Me?"