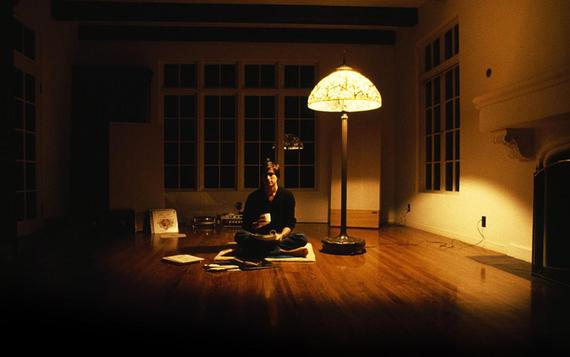 Steve Jobs taught us many things. He inspired us to think different. He challenged us to question the status quo. And, perhaps more than anything, he gave us the courage to believe in ourselves.

When traditionalists threatened to discredit our Montessori school because of our involvement with digital education, Steve Jobs sent us an inspirational note. "Don't be discouraged by the traditionalists," he wrote. "The parents and kids will prove you right. Just keep going." Upon reflection, that advice has never seemed more relevant, or more important.

When the iPhone and the iPad launched, it was an exceptional time. The world seemed ripe with hope. There was a certain optimism that hung in the air. It was clear that the rules of the game were about to change, but the only ones who were really nervous were those stalwarts of establishment -- and, we're not talking about the technologists.

Every industry on the planet was suddenly presented with a unique opportunity to reassess their business models and evaluate if change made sense. You could literally hear companies thinking out loud, rather publicly, as they approached their customers to see if this change was something that would be expected. It became increasingly difficult to know, especially as the traditionalists hunkered down to weather the storm, privately praying that it would pass, just who the gorilla was in the room.

One of the last strongholds of change, of course, and perhaps rightfully so, is always education. It's the subject politicians broach most in their ascent to office, yet categorically neglect when the polls no longer matter. Even when their proposals do take shape, they're invariably centered around questions of reform, not change.

What Steve Jobs taught us, and what his personal note reminds us today, is that true change demands something else entirely. It requires innovation. It requires commitment. It requires a passionate, rigorous attention to detail. Most of all, though, it demands that the clamor of the people be heard: the voices that have been silenced by the traditionalists. In the case of education, it is the children.

One could argue, despite the recent surge of self-professed alternative approaches to learning -- primarily supplemental offshoots designed to make up for gaps in the existing system -- that the basic tenets of education have not fundamentally changed since at least the industrial revolution.

Children still sit in neatly apportioned rows. They're expected to listen to a single curriculum, as it is mapped out on a chalkboard by a teacher, who sets the pace for everyone to follow. When enough time has passed, the students will eventually take a quiz to assess their knowledge, by which we mean their ability to memorize and be tested against their peers. Sure, some classrooms now use smart boards, but has the curriculum, or the way of presenting materials fundamentally changed?

Ironically, perhaps, our culture has wholeheartedly adopted the hallmarks of this industrialized approach to education. Any proposed change, however incremental, is perceived as a direct assault on our ideals, whether that's excised against teachers, schools, or administrators. Or, further still, perhaps it's interpreted as an attack on cultural consciousness, of our childhood memories of a system that, while flawed, we survived.

As operators of the first accredited Association Montessori Internationale in the state of South Dakota, called Baan Dek, and an educational app company, called Montessorium, that's trying to surpass the limitations of the physical with the digital, we found ourselves in a rather precarious position when Steve Jobs graciously reached out.

What we couldn't clearly see then, through the haze of insults that were haphazardly hurled our way, was that the argument shouldn't have been levied against technology. It really had nothing to do with devices, or screen time, or any of the other overly exaggerated mischaracterizations of the early 21st century..

Instead, the argument should have been centered around how to jumpstart a conversation on the value of education. What are the values that we, as a society, think will be important for the next generation? How can we have a productive exchange, one that doesn't resort to unnecessarily inflammatory remarks? Clearly, everyone agrees that children are the bedrock by which advances are made, but how to ignite their passions? Who will be the one to provide the spark?

While many things have changed since our original exchange with Steve Jobs, we can still hear his voice: Work hard for the things that matter. Don't settle. Expectations mean everything. Have conviction in your ideas. Do what you love and don't be afraid to make a difference. Change will come, if you listen to the children.

"Don't be discouraged by the traditionalists."