A conservative Dutch politician is being sued following a party meeting in which he told supporters he would ensure there were ‘fewer’ Moroccans in the Netherlands, according to Reuters.

Geert Wilders was speaking before supporters of the right-wing Freedom Party (PVV) on Wednesday when he asked the crowd whether they wanted the Netherlands to have “more or fewer” Moroccans.

“Good, I’ll take care of that,” Wilders said, according to the International Business Times.

“Today we are meeting police where we’ll file a discrimination-based complaint against Wilders,” said SMN coordinator Habib el-Kaddouri, according to the IB Times.

Wilders also faces charges of discrimination from the Association for Dutch Moroccans, an organization that represents 368,000 Dutch people of Moroccan origin. The association’s chairperson, Ahmed Charifi, said Wilders’ comments violate the law because they target a specific group of people.

“This has a huge impact on the community, and I hope the judge will see that,” said Charifi, according to Reuters. “[Wilders] crossed a line and to be honest it’s a bit frightening."

“It raises images of a man in the 1930s with a moustache in front of a microphone,” Charifi continued, comparing Wilder to a pre-World War II Adolf Hitler.

Al Jazeera reports that Wilders later defended his remarks as falling under freedom of speech, saying that “we have said nothing we’re not allowed to” and that his comments were “only referring to Moroccan criminals.”

Wilders made the inflammatory comments on Wednesday night during a local election night victory party for the PVV. The PVV had performed well in the municipal elections, narrowly losing the top spot to the liberal-leaning D66 party.

Wilders’ comments were decried by Dutch Prime Minister Mark Rutte, who said the comments “left a foul taste in my mouth.”

“All those people in the country who want to make a positive contribution, I do not care where they come from,” said Rutte, according to Reuters. “All that matters is their future.” 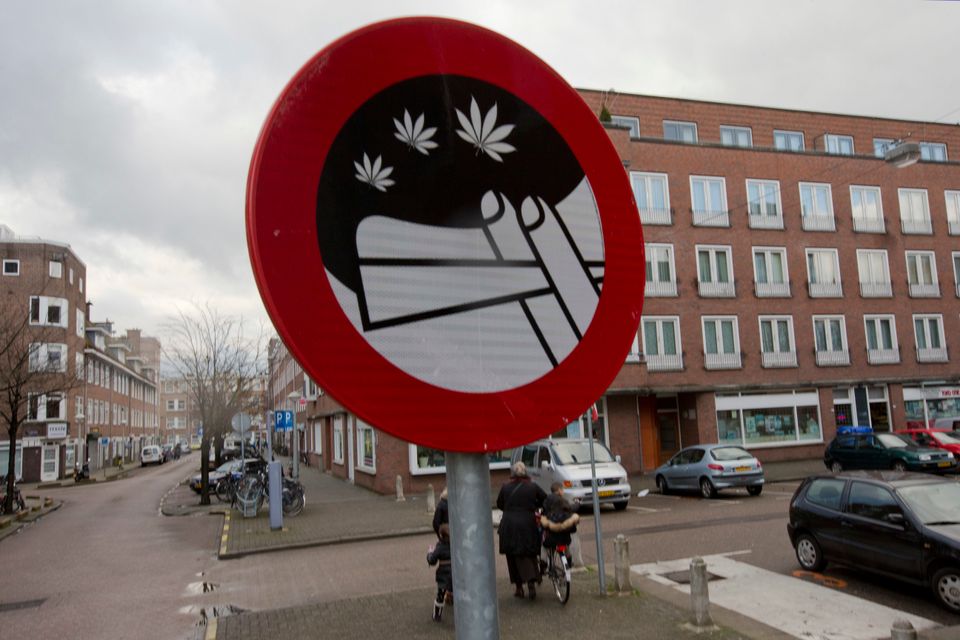 1 / 14
Mothers and their children leave a nearby school as a sign prohibiting the use of marijuana in a designated area is seen in Amsterdam, Wednesday Dec. 12, 2012. Amsterdams mayor Eeberhard van der Laan said Wednesday he would formally ban students from smoking marijuana at school as of Jan. 1, 2013, making the the Dutch capital the first city in the Netherlands to do so. (AP Photo/Peter Dejong)
AP