Anyone who has experienced the delight of reading the magnificent works of Pulitzer prize-winning author Edith Wharton might enjoy the opportunity to learn more about her life and her books. Indeed, isn't the sign of the timelessness of novels such as The House of Mirth and The Age of Innocence not just about the decades of discussion and analysis they inspire but also the ongoing fascination with the story behind the story. In a sense, the end of a classic fictional work is only the beginning of a new journey, a journey in which fans will continue to seek answers to often complex or unanswerable questions about the people, the places, the history and the experiences that inspired the story. 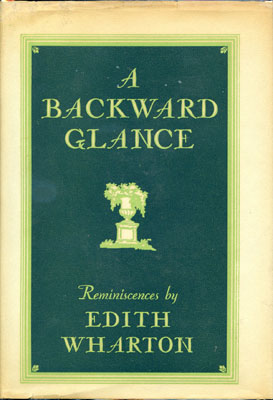 There are of course many biographies on Wharton as well as an autobiography, A Backward Glance, published in 1934. There have been a number of Hollywood movies inspired by Wharton's books. Martin Scorsese's 1993 motion picture, The Age of Innocence, is truly a feast for the senses guaranteed to transport you back in time with its panoramic view of Wharton's New York City of the 1870's. Daniel Day Lewis, Michele Pfeiffer, Winona Ryder and others did a fabulous job introducing us to New York's wealthy upper class, a class ruled by a code of behavior in which the slightest hint of scandal could bring about the social demise of its inhabitants.

Now, that being said, if you, like me, relish original source materials and happen to live in (or plan to visit) the great city whose 19th century pretentious society inspired classic stories of stifled passions and lost love, and introduced us to emblematic characters such as Newland Archer and Countess Ellen Olenska, there is no better place I can recommend you visit this year than New York's oldest library, the one to which Edith and her family belonged. 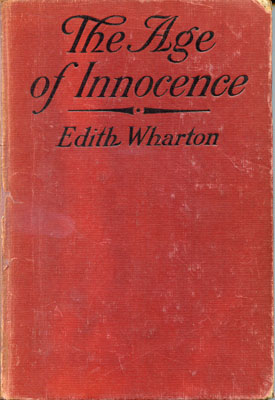 I am speaking of course about The New York Society Library founded in 1754. Edith Wharton's father, George Frederic Jones, a fan of literature and a Library shareholder, often visited the library to borrow books. Other relatives were members too. If he could ask Edith Wharton a question today, head librarian Mark Bartlett would want to know, "do you remember coming into the Society Library at University Place and borrowing books?"

Today the library is located on Manhattan's Upper East Side at 53 East 79th Street between Madison and Park Avenue. To celebrate Wharton's greatness in the year which would have marked her 150th birthday, together with the library's intimate links to her world, a fascinating new exhibit, Edith Wharton's New York City: A Backward Glance, has just opened, which sheds new light on this famous author's family as true New Yorkers. The exhibit will run through the end of December 2012.

Somehow viewing recently discovered family memorabilia always gives one a deeper, richer respect for the subject. And this collection of family photographs and letters from both the library's and other private collections along with books Wharton read as a child lend new understanding of a prominent New York family whose wealth and social standing inspired the popular expression, "Keeping Up With the Joneses."

When I visited the exhibition last week, I found myself wishing I could speak directly to Edith Wharton and ask her questions inspired by some of the exhibits. I asked curator of the exhibit Harriet Shapiro what she would ask the author if she could.

"I would want to ask her what she thought her father was trying to say to her on his death bed? She writes in A Backward Glance, "I am still haunted by the look in his dear blue eyes, which had followed me so tenderly for nineteen years, and now tried to convey the goodbye messages he could not speak." 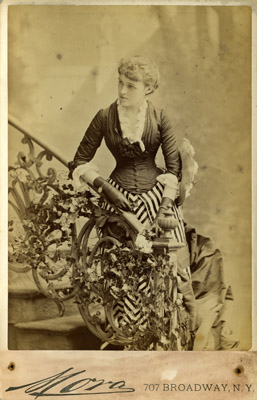 Edith Wharton's 150th birthday would have been this year.

That same day I discovered my son's 11th grade class was reading and studying The Age of Innocence. I asked Laurel Ingraham, his English teacher, what she would like to ask Edith Wharton. She had several questions for the author. "I'd love to ask her what it was about New York City that inspired her work more so than cities abroad that she lived in. I'd ask her about the social patterns that helped shape her stories, and how she fit into them. I'd like to know which character from The Age of Innocence she identified with more: May, who plays her expected role in society; Ellen, who snubs her nose at it; or Newland, who questions his role but ultimately abides. I'd also love to hear her opinion on which facets of New York City culture are inherent and will endure no matter the time period. The Age of Innocence brings up so many cultural behaviors that are still prevalent in New York today, and I wonder if she would have suspected that these New Yorker tendencies would endure."

Curator of the exhibition, Harriet Shapiro, hopes that "visitors will come away from the exhibition with a more tangible appreciation of Wharton's deep connection to the nineteenth century world of New York City, which served as the inspiration for her greatest fiction from The House of Mirth and The Age of Innocence. One also hopes that viewers will understand more deeply the family connections that were an intrinsic part of that world, connections Wharton assiduously maintained during the many years she lived in France, from the photographs, family portraits and landscape on display in the Library's Peluso Family Exhibition Gallery."

And as for me, what would I like to ask Edith Wharton if only I could? Simple.

Why the need for such an unhappy ending in The Age of Innocence? Why can't Newland reconnect with Ellen now that he can? Why do I always feel I want to rewrite the ending of your story?

Somewhere in the family photographs, letters, original prints and first editions, people may find the answers to their questions... although it is unlikely I shall ever get a satisfying answer to mine.

For more information on this exhibit 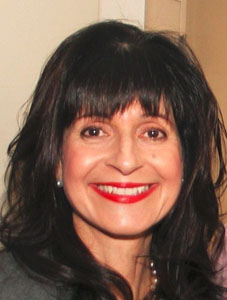