It's common knowledge that in the U.S., women are sorely underrepresented at the highest levels of government (and other levels, too). Besides the fact that we've never had a female president -- and no woman has ever been nominated by a major political party -- women make up only 18.3 percent of the 113th Congress, occupying 20 of the 100 seats in the Senate and 78 of the 435 seats in the House of Representatives.

It's this discrepancy that Emily Nemens set out to illustrate in her watercolor breakdown of the 113th U.S. Congress. Last October, Nemens spoke with HuffPost Women about her Tumblr, which the recent drawing is posted on. "This project's shown me [that] the country has a long way to go," she wrote in an email. We agree.

LOOK: The Women Of The 113th Congress 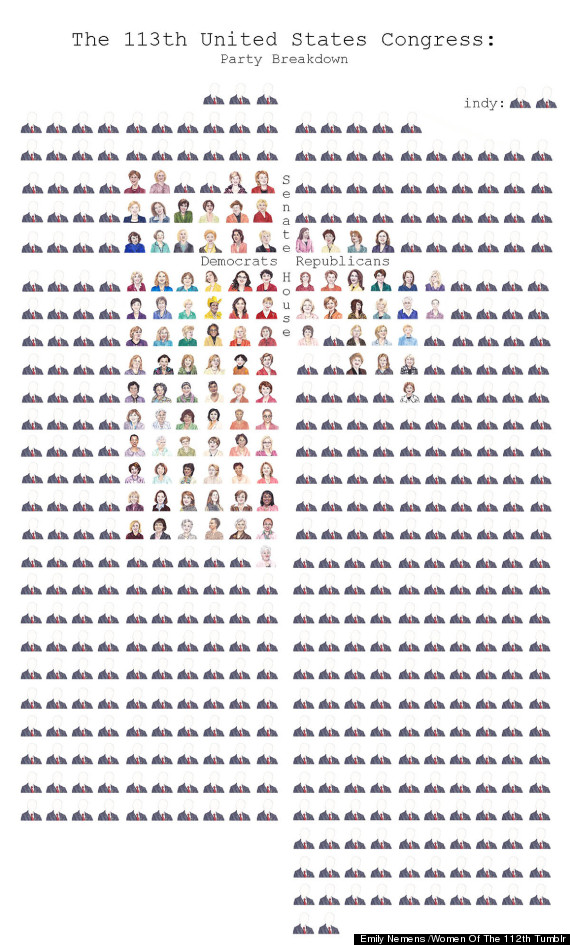 Click over to Emily Nemens' Tumblr, "Women Of The 112th," for more awesome illustrations, and you can cast a vote for her work in the MacArthur Foundation contest here.