The Force is strong with this one!

The Huffington Post can announce exclusively that on Friday, August 9, "Star Wars" filmmaker George Lucas and his wife, Ariel Investments president Mellody Hobson, welcomed a daughter into the world.

Everest Hobson Lucas is the first biological child for both parents, but she's far from an only child. The newborn, who was delivered via surrogate, is a little sister to Lucas' adopted children, Amanda, 32; Katie, 25; and Jett, 20.

In addition to serving as president of Ariel Investments, Hobson, 44, is chairman of Dreamworks Animation and a financial contributor with CBS.

Lucas, 69, sold his production company, Lucasfilm Ltd., to the Walt Disney Company for $4.05 billion in October 2012. "Star Trek" director J.J. Abrams has since signed on to direct the first in a series of planned "Star Wars" sequels, set to begin filming early next year. 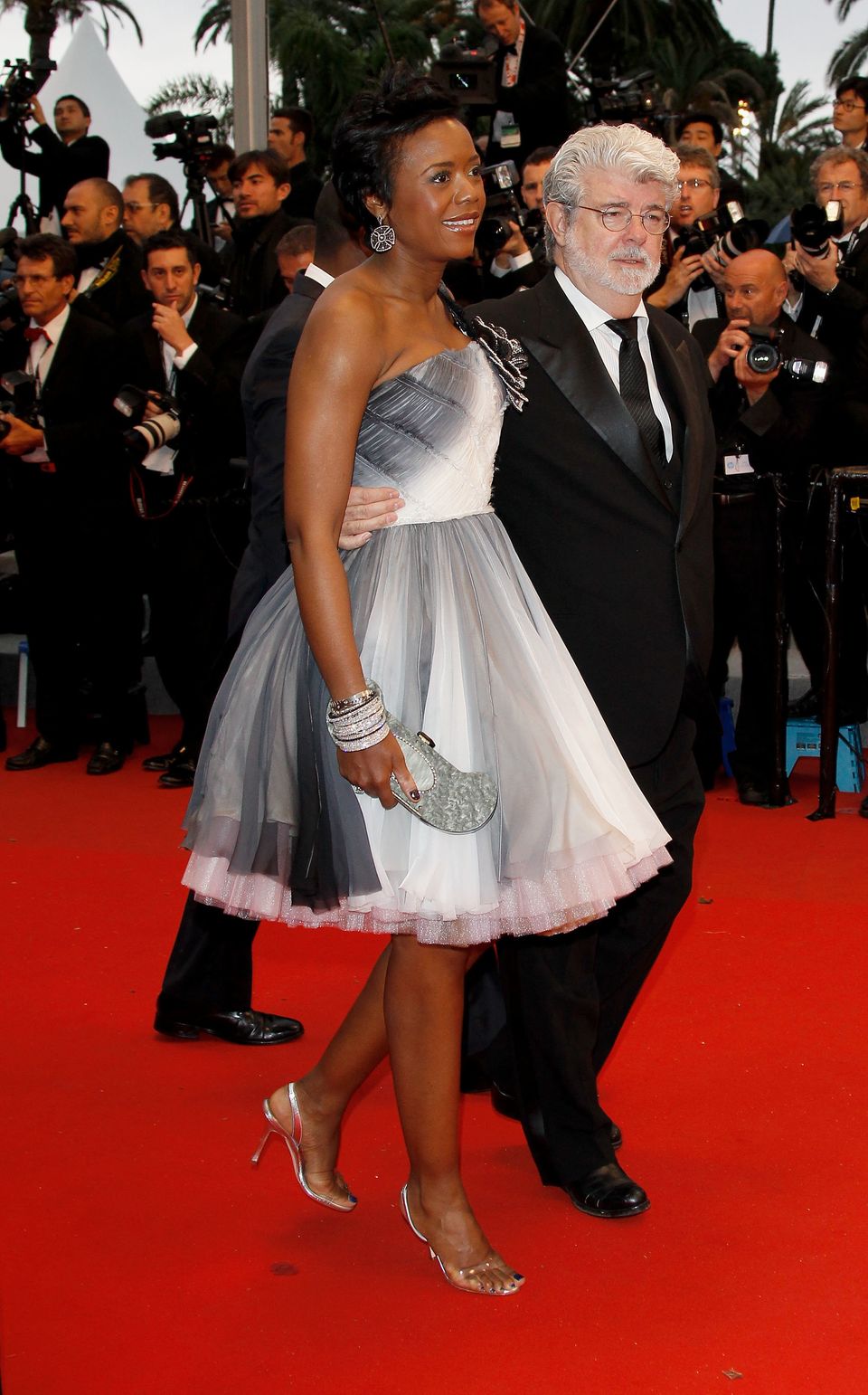