Every month, This Old House magazine features a beautiful old house on the back-page column, Save This Old House. The homes are usually facing demolition, unless a preservation-minded buyer comes to the rescue. Here's the story of homeowners who moved heaven and earth for the chance to make the fantasy of saving a beautiful old house a reality. -Paul Hope for thisoldhouse.com 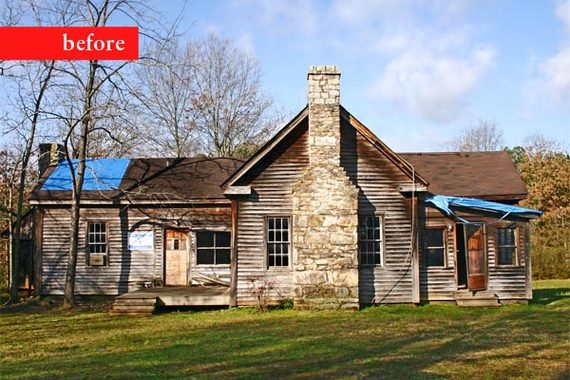 After seeing this farmhouse in the May 2012 issue of This Old House magazine, Scott Pluckhahn and Keith Crosby in Lithonia, Georgia, decided to bring it back from the brink. "When I look back, we were really crazy to do this," jokes Pluckhahn, fondly recalling the day he and partner Crosby committed to buying and restoring the 1,200-square-foot Housworth farmhouse, just outside of Atlanta.

The Georgia natives had been living in a cottage nearby when they first toured the historic home, which was for sale two years before it appeared in the magazine. "We were looking for something with an interesting history," says Scott. "We just loved that it had only been owned by one family. It looked like it was frozen in time, it was so rustic!" 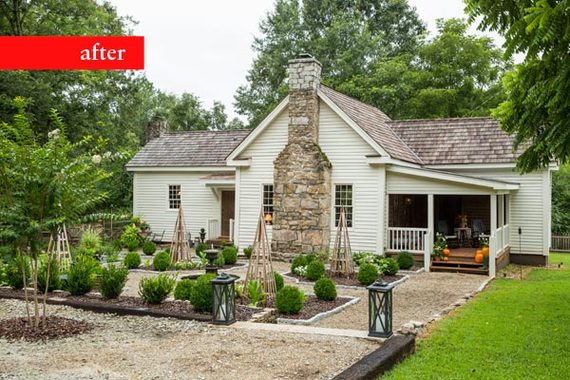 HERITAGE GARDENING: In a nod to the house's origins as a farmer's cottage, the homeowners grow cotton and tobacco in the parterre garden.

"Rustic" was a generous description of the place: The leaking roof, rotted siding, and collapsing porches might have sent many a buyer scurrying. But Scott and Keith saw past those problems to the original 1840s details, such as the intact pine paneling and the granite fireplace, and they loved the picturesque setting, which included a seven-acre parcel. 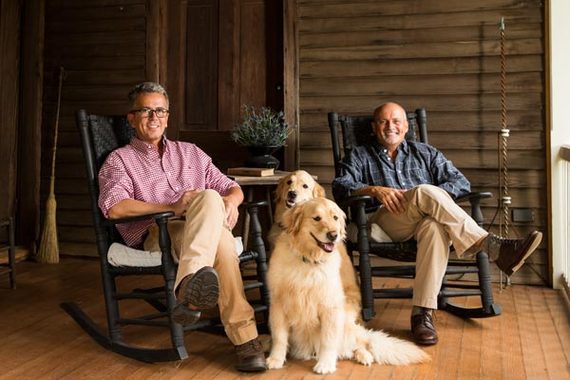 Built by the Housworth family, who farmed the plot and drew their water from a nearby creek (indoor plumbing didn't arrive until the 1980s), the house had barely escaped General Sherman's March to the Sea, which left much of the area ravaged. 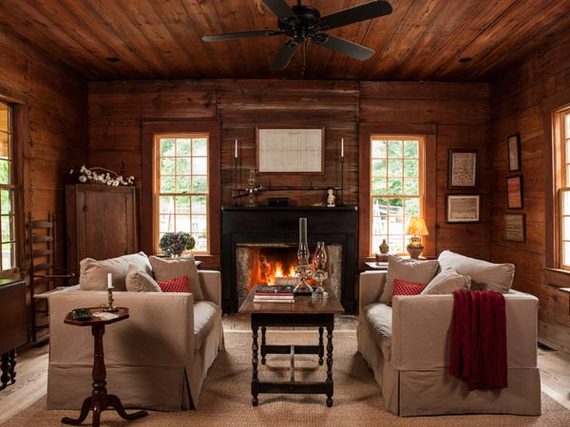 SHOWN: Original pine boards plank the walls, floor, and ceiling in the living room shown above. The space also retains what is believed to be the original wood mantel, which was likely stained black to conceal soot.

Soon after, with the purchase complete, they got to work. "Lots of people would have covered up the dark paneling inside," says Keith. "But we have a deep appreciation for early American history, so we did everything to preserve the original integrity of the house." The couple opted to have a period-appropriate cedar-shake roof installed and replaced about half of the lap siding before painting the exterior. The front porch, enclosed during a 1980s renovation, was opened up and restored.

Determined to preserve the southern-yellow-pine walls and ceilings, which miraculously had never been painted, Scott and Keith set about hand-scrubbing the boards themselves and left them in their original state. "There were certainly hiccups along the way," says Scott, "like the downpour that came when a portion of the roof was still missing! Thankfully, Keith was home and managed to jury-rig a tarp and a section of pipe to route the water out through a nearby window." 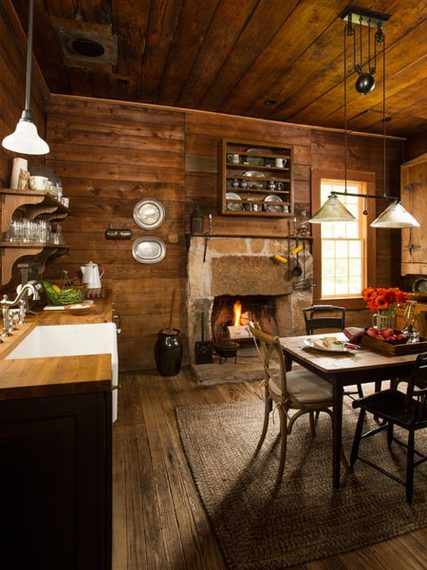 SHOWN: A granite fireplace partially heats the combination kitchen and dining room. The stones were quarried over 160 years ago from nearby Arabia Mountain.

As a blueprint for much of the renovation, the couple relied on a similar house from the period, which had been restored by the Atlanta History Center, not far from their house.

The restoration now complete, the couple has since opened their home to the public, conducting tours of the house and surrounding land. "We see it as a chance to educate people on life in the South before the Civil War," says Keith. 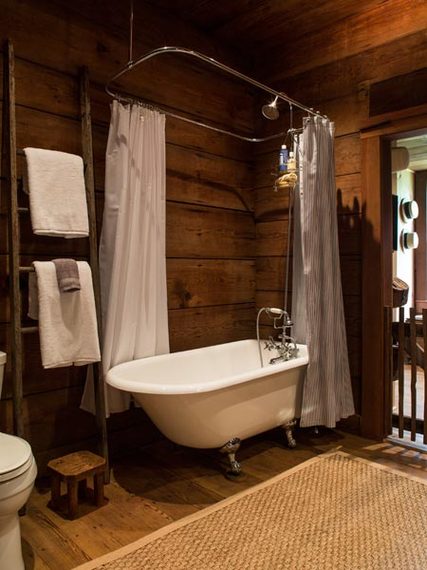 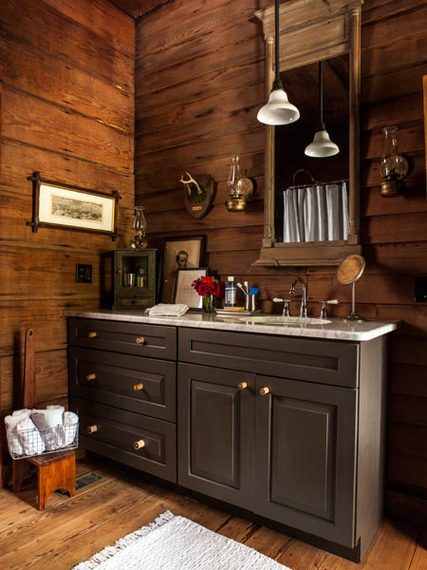 SHOWN: The bathroom features a freestanding vanity and a claw-foot tub, to prevent damaging the wall paneling.


On one recent occasion, Housworth descendants stopped by after a family reunion to tour the home many of them remembered from childhood. "To know that the great-grandson of your home's first owners is standing in your living room, admiring the work you've done, is pretty incredible," says Scott. "It doesn't get much better than that."

See more amazing design details from this house and meet two other families who answered the "Save This Old House" call at thisoldhouse.com!

Like us on Facebook to get Save This Old House listings and updates right in your news feed!

More:
home renovationhuffpost homebefore and afterRemodelinghouse-tour
Newsletter Sign Up
An essential daily guide to achieving the good life
Subscribe to our lifestyle email.
Successfully Subscribed!
Realness delivered to your inbox