After more than 200 days of peaceful protest, demonstrations in Ferguson, Missouri took a turn for the worse with the shooting of two police officers Thursday morning.

However, the ambush did not delay demonstrations and protesters continued to rally outside the Ferguson Police Department that evening. Prayers, candles and a vigil accompanied the usual signs and songs of past demonstrations.

As the manhunt for the perpetrator/s who critically wounded the officers ensues, residents and police enforcement are forced to function during a tense time for the community.

"The whole St. Louis community is a little bit on edge," St. Louis alderman Antonio French told HuffPost Live on Thursday. "This really shows how divided the community is and how vulnerable we all are. Everyone is surprised by the violence last night and saddened."

Videos, tweets and broadcasts have captured the aftermath of the city and how it is dealing with the shooting.

However, we've gathered photographs from Thursday's protest so you can see for yourself below: 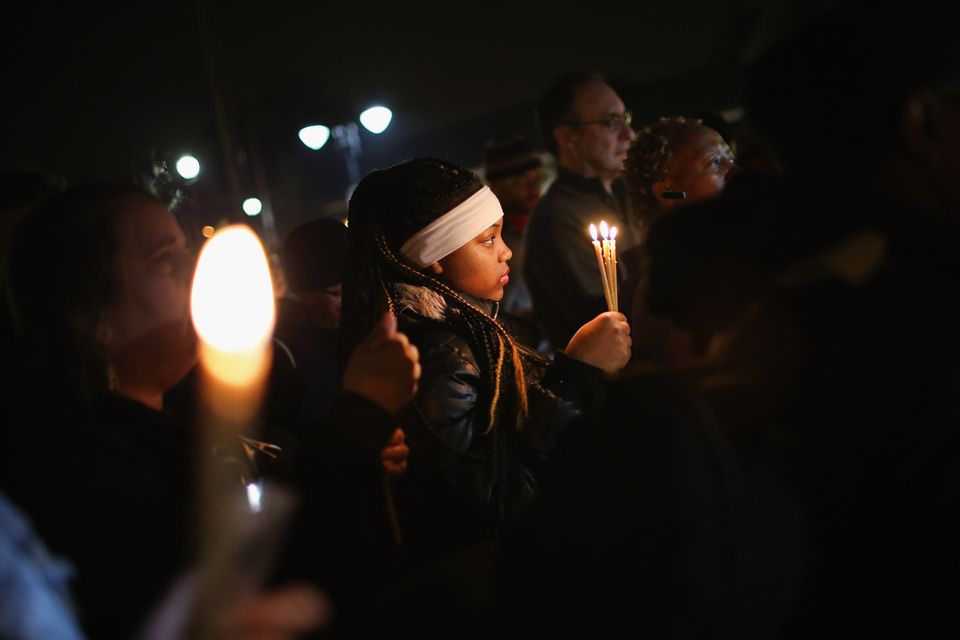 1 / 13
Demonstrators hold a prayer service near the police station on March 12, 2015 in Ferguson, Missouri. Prayers were said for both demonstrators and police at the service. Yesterday two police officers were shot while observing a protest outside the police station. Ferguson has faced many violent protests since the August shooting death of Michael Brown by a Ferguson police officer.
Scott Olson/Getty Images