In the immediate aftermath of 9/11, there was much discussion in the U.S. Government as well as the private sector with regards to the state of America's image and brand abroad. Much of this began when then-Secretary of State Colin Powell appointed Charlotte Beers, an advertising legend, as Under Secretary of State for Public Diplomacy and Public Affairs. I remember well the historic meeting of advertising veterans Charlotte convened at Main State days after the attack. For two and a half days -- running only on a constant flow of coffee and adrenaline -- this collective of some of the best creative minds in America delved deeply into how the U.S. could repair, reframe and reset the American brand abroad. This incredible brainstorming session wasn't about selling the U.S. or putting new slogans in airports -- it was an honest discussion about how we were viewed and then what we can try to do about it while marshaling the power of the private sector.

Unfortunately, and like many meetings that disappear into the hallowed halls of Foggy Bottom, the results from this historic gathering never saw life. In part, this was due to the tenuous nature of our foreign policy directives at the time, lack of respect for public diplomacy and the advertising community writ large, and our near constant state of crisis response with a small staff and even smaller budget. The seeds though had been planted and the private sector -- especially those who manage many of the global iconic American brands that have stood the test of time, war, and economic hardship -- stepped up. And so in early 2003, this was in part why Business for Diplomatic Action (BDA) came to be. BDA was the first non-partisan, apolitical, non-profit dedicated to building new bridges to the world. With many of the top global creative leaders at the helm, for nearly eight years we researched, monitored and dissected the American brand abroad. From comprehensive and on-going listening efforts we developed programs where the private sector could work in parallel to U.S.G. efforts to help shore up those areas of the American brand that fell short of our ideals. During those years that BDA was focused on the American brand, the U.S. Government and several non-profits also came together launching a variety of unique partnerships and initiatives to expand public diplomacy efforts and re-imagine the American brand through a citizen diplomacy focused lens. Throughout the BDA era leading up to President Obama's first election, it would seem our country's soft power reserves were growing steadily. The American brand was further buoyed by the Obama brand and we appeared to go up in almost every global poll. Keith Reinhard, founder of Business for Diplomatic Action and Chairman Emeritus of DDB Worldwide, remarked in a piece for Fast Company, The Brand Called Obama : "Barack Obama is three things you want in a brand... new, different and attractive. That's as good as it gets."

That Was Then... This is Now 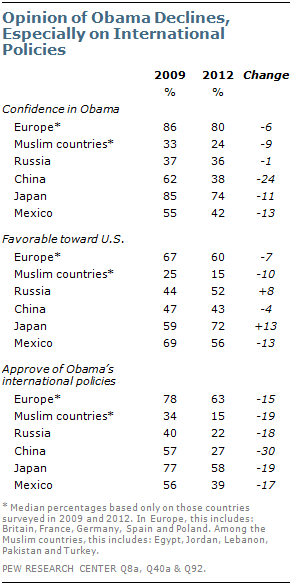 Obama's brand globally has steadily slipped since 2009. This past June, The Pew Global Attitudes Project released findings that evidenced drops in popularity and affinity. Of greatest concern is the dramatic drop in confidence for President Obama and his international policies around the world. Notably, China and Japan had some of the largest drops in confidence which doesn't bode well for our government's pivot towards Asia. Confidence in the U.S. president now ranks behind that of the leadership in Germany, France, Britain, the Czech Republic, Japan, Italy, Brazil and Spain. 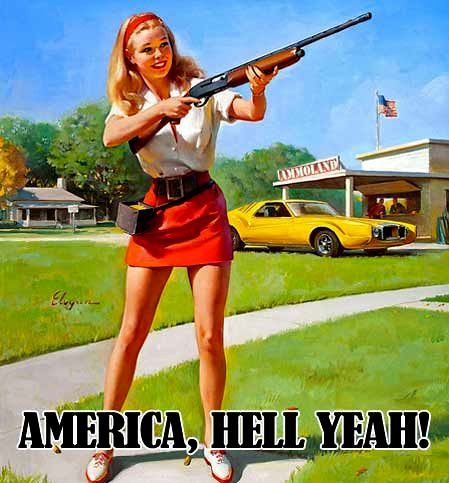 The current state of America's brand abroad is no longer new, different or attractive. It is a never ending montage of guns, debt and indecision. Follow international press coverage of the U.S. and these themes emerge again and again. These are not the images and themes we want imprinted into the global mindset especially on a week that includes the Inauguration and the official nomination of a new Secretary of State. They are nonetheless images and issues that are increasingly synonymous with the American government's leadership and the American brand abroad. We need to recognize that our soft power reserves are eroding precipitously and the United States is in desperate need of a new global engagement strategy. To do this will require new, fresh thinking, a comprehensive tri-sector approach, and a radically different approach to diplomacy. Here's hoping our new Secretary of State is ready to lead the charge.