Yayoi Kusama was born on March 22, 1929, in Matsumoto, Japan. At 10 years old, she began to experience hallucinations, specifically, of polka dots -- symbols that, to her, simultaneously represented earth, moon, sun and human beings. She channeled these visions into works of art, dizzying swarms of dots, dots and more dots. She’d later confess these shapes helped to “obliterate” her sense of self, allowing her to connect with the infinite universe.

Now, at 87 years old, the High Priestess of Polka Dots has the art world at her beck and call. In 2014, her retrospective "Infinite Obsession" was seen by over two million people in South America, and a second Kusama retrospective traveled through Asia to similarly excited crowds.

According to the numbers, Yayoi Kusama had the highest global exhibition attendance of any artist in 2014, making her -- wait for it -- the most popular artist in the world that year. The Art Newspaper announced the news, meaning we finally had to accept that Kusama isn’t just our obsession anymore.

She’s an international star, who's since taken over New York, Los Angeles and beyond. Given that Adele is a fan, it's safe to say Kusama's art world title persists (despite the fact that Vanity Fair tried to hand the throne to Gerhard Richter and Jeff Koons remains the most expensive living artist today).

There are infinite reasons to love dear Yayoi, from her soft phallic sculptures, stemming from a lifelong phobia of sex, to her polka dotted nude happenings, bridging the gap between body and artwork. There’s the fact that gazing upon her paintings and installations gives viewers the otherworldly sensation of losing themselves to the surrounding noise and somehow still finding peace. Not to mention her utter devotion to the life of an artist -- she still creates work daily despite voluntarily living at the Seiwa Hospital for the Mentally Ill, where she has taken up permanent residence.

In honor of Kusama’s official reign over the art world, we’ve compiled some of our favorite Kusama quotations, so you can eat up her wisdom one digestible, mind-blowing nugget at a time. Enjoy Kusama’s strange and beautiful takes on the inspirational quote:

A version of this piece originally appeared on HuffPost Arts & Culture last year. 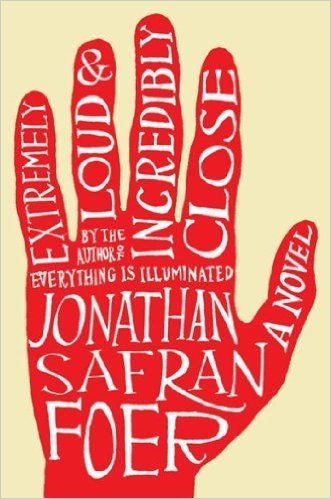 1 / 14
Extremely Loud and Incredibly Close by Jonathan Safran Foer
&ldquo;Sometimes I can feel my bones straining under the weight of all the lives I&rsquo;m not living.&rdquo;
Mariner Books (September 3, 2013)