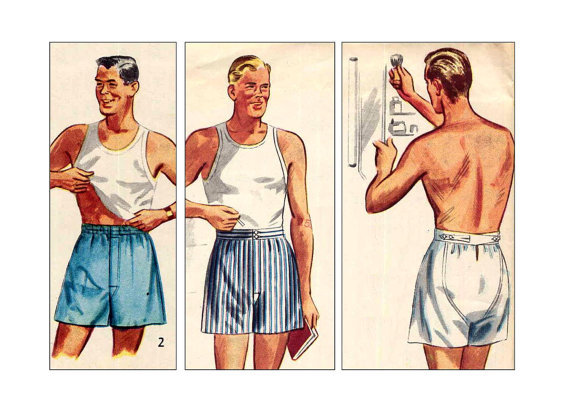 Was it a brief? Was it a boxer? Was it a boxer brief; or was it actually a brief and a boxer? There's a technique to men picking their underwear as well ladies. It's called what type of pants am I wearing today? Are they chinos, dress pants, or jeans? This happens to be very important; continue reading so I can school you on why! The wrong underwear can make for quite an uncomfortable day. Ladies you know this, but you don't seem to think that men go through the same thing. In today's world men's pants are often more fitted, "tailored" if you will, quite opposite of men in the 90's. This means picking the correct underwear is imperative. For instance, if I decided to wear skinny pants whether they're trousers or jeans. I'm more than likely going to opt for a brief of boxer brief. Why? Well, it's pretty obviously, they don't bunch up 90% of the time and they take up less space. Having on "tight" tailored pants and loose boxers is a recipe for having to fix yourself all day. On the contrary, having on loose pants and thin undergarments makes for an uncomfortable day as well. Pants have more room to move, and this might not be the proper time for extra movement, that too can be quite annoying. 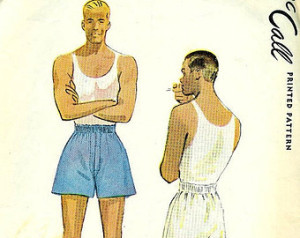 Common sense goes a long way. I know I've experienced days where I've had on a pair of chinos, and decided that boxers would be my underwear of the day, and that definitely turned out to be the wrong move. I've also experienced a different day with chinos and boxer briefs, if the boxer brief has a thick lining at the end, the line will appear depending on the color of the pant. Getting dressed in the morning is obviously a science, and it's a science all guys don't have down yet. Fret not gentleman, this can be quite an easy defeat once you start to understand your own body anatomy, and how comfortable you feel in different situations. I've come across guys who still only believe in wearing boxers, like it's 2004.

A Young Man With Things to Say.