"Predicting the future is a hopeless, thankless task, with ridicule to begin with and, all too often, scorn to end with."
-Isaac Asimov

What's going to happen? What's coming next? Where do you see yourself in five years? These are questions that any person or organization must constantly wrestle with. Moreso today than ever before, it's keenly necessary to prepare for what lies ahead, but absent a soothsayer or precog, it's going to be difficult to know for sure. So how exactly can we make informed decisions about the future without knowing what it will be? Enter the field of futures studies, or foresight. (It's also known as "futurism," but since that term can also refer to an art movement, this post will go with "futures studies" to avoid confusion.)

Still a ways away

First practiced and codified as a field of study in the late 1940s by RAND employee Herman Kahn, futures studies is predicated on examining the multiple, possible futures that may be. Although Kahn was focused on the growing threat of nuclear proliferation, futures studies as a field can be applied to just about anything. He developed the scenario planning method, which allows futurists to consider options and possibilities beyond the obvious. In order to devise a scenario plan, the planners must first consider what specific question they want to explore, who they want to explore it on behalf of and what kind of timeframe to consider. (A scenario plan for 10 years out will look very different from one for 50 years out.)

Once this is set, planners then select the two most important swing factors, or drivers, for their question. This selection can be difficult, as there are different ways to rank all the drivers that could have a major effect, but in the end two should come out on top. These drivers should have a large impact on the subject in question, but could go one of two major ways. The drivers are then laid out on two axes, with each end representing the extreme cases. For example, I once participated in a scenario plan to explore the future of independent online video, and the two drivers we selected were "Whether mobile broadband proliferates out to the average user" and "Whether mainstream studios adapt to the online publishing format." The ends of the axes represented "mainstream does adapt," "mainstream doesn't adapt," "mobile broadband meets demand" and "mobile broadband doesn't meet demand." While fairly simplistic, this helps to bound the scenarios and allows the planners to focus tightly on major possibilities. 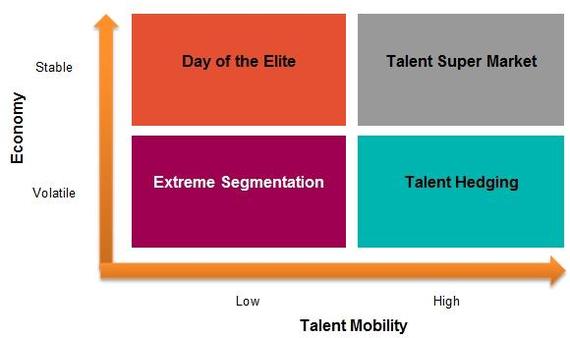 Once the scenario grid is laid out, the real research begins. The planners must now gather evidence and build a story around each of the four resultant quadrants. For example, what would happen if the mainstream studios adapted to online publishing, but mobile broadband didn't expand to meet demand for streaming it? What might support the possibility of such a future from where we are now? If this is not a future that we want, what are some actions that could be taken to avoid it? Oftentimes, each scenario is even given a clever name or title to indicate the trends that it represents. Taken together, these developments serve to turn a scenario from the intersection of two drivers into a living, breathing world that helps to uncover new possibilities and dispute previously-held assumptions.

While different forecasters have created different particular tactics and perspectives for choosing drivers and developing scenarios, the core idea is still in use today. It's also an inherently qualitative exercise - there are no questions of percentages or model extrapolations here. In fact, part of the power of scenario planning is to explore what might be missed or unexpected from other methodologies, and they are better able to explore black swans. As explained in the eponymous book, black swans are events in history that are completely different from those that have come before - the 2008 financial crisis came after several good years of performance and trust in the stock market, and Germany's rise to power in World War II came after two decades of destitution following World War I. Black swans like these point to the importance of imagining unusual and off-the-wall possibilities, which scenario planning helps to facilitate very well. 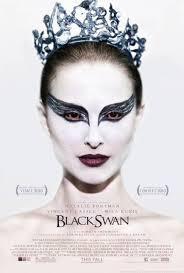 No, not that Black Swan

Another method for considering potential futures is the Delphi method. This method seeks scenario possibilities from a diverse group of experts. These experts are consulted over time and can have limited interaction with one another, allowing them to add to or revise their statements as the exploration moves forward. This is more difficult to set up and manage than a scenario plan, but is useful for ongoing studies when those seeking answers do not possess sufficient expertise on their own. The web has allowed for several ongoing Delphi polls, including SciCast (for science), TechCast (for technology), the Horizon Project (for education) and the Good Judgment Project (for international affairs). It's an effective way to leverage the wisdom of crowds, consider diversity in perspective and ensure subject matter expertise. It's even possible to combine the method with scenario planning, seeking expert feedback on several different possible scenarios and drivers.

In recent years, there have been many additional methods created and incorporated into futures studies. Some, like social network analysis, seek to understand the relationship between individual actors in a system in order to study phenomena like information dissemination and the spread of disease. Trend analysis and technology mapping, like IT consulting firm Garter's Hype Cycle, anticipates the timeframe of emerging technologies reaching mass adoption. The Three Horizons perspective helps planners to see the differences between the practices of today and those of the future, whereas Causal Layered Analysis, as described by its creator, is a framework for an organization to examine its underlying perspective and metaphor in order to enact long term, transformational change. There is no shortage of particular methodologies to choose from depending on your needs and circumstances, but any method of futures studies will abide by some key principles of the field.

Unlike most disciplines, which demand narrow, technical knowledge, futures studies requires broad, interdisciplinary thinking. The field is exciting because of its focus on exploring new ideas and its dedication to answering the unanswerable. Forecasting is not about seeing how close to the eventual future these explorations can be, but instead about understanding the wide range of possibilities ahead of us. As Global Business Network founder Peter Schwartz explains in the prologue of his book "The Art of the Long View":

In western societies, people are ostensibly free, but they feel constrained by the unpredictability of events.{...} A deep and realistic confidence is built on insight into the possible outcomes of our choices. In this unpredictable context, freedom is the ability to act both with confidence and a full knowledge of uncertainty.

While there are professional futurists who make their livings consulting to organizations on this kind of strategic planning, you don't have to be a card-carrying member to use these methods in your own personal and professional lives. Anyone who is interested in what's coming next can learn more about these tools and participate in the wider future community. Whether by joining a real-time Delphi site, participating in the World Future Society 2015 conference this July or even just mapping out some scenarios for the next year of your life, you can clarify what lies ahead of you and take an active role in deciding what will come next. Suddenly, "predicting" the futures may not seem so mysterious and infeasible after all.