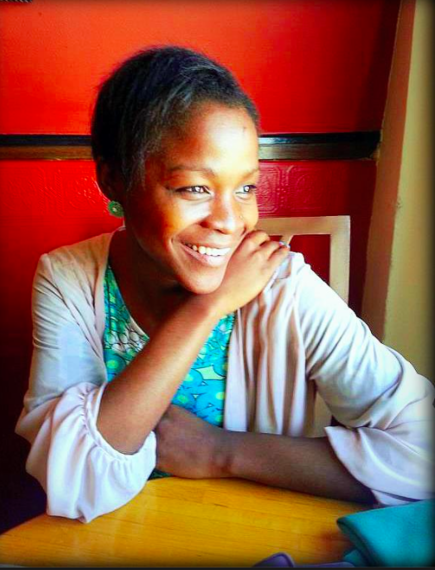 I am black, though for most of my life, I've heard from various people that I'm not.

I've heard it from a black man who told me I "act white" based on my music choices and my significant other, who is white. It's come from a classmate who refused to be my friend after saying my normal speaking voice was fake and therefore I was "talking like a white girl." Then there was that time I was interviewing a young woman over the phone who was startled to learn that I was black. Through it all I have been made to feel as if I no longer fit my birthright.

Life for me began in Cameroon, West Africa. I was 8 when my family moved to the United States. I grew up in a predominately white neighborhood in Maine, where there was hardly any diversity. When I started school I was the African girl who could speak French. I grew to learn the American culture as I spent time with my friends at their homes where everything was pure American.

The truth is, growing up in a white community was tough, because I stuck out like a sore thumb. My mother married a white man and we inherited his family. But when you look at my family you will notice we are diverse. From my Filipino aunt and my sister's Serbian husband, to my extended family in Cameroon. At times it made it difficult for me to accept my looks because no one looked like me, except my twin sister. I remember when my friends and I used to take photos and it would be all white people and then me.

I've dated men of different races and ethnicities, which has been great. Though choosing someone within your race can eliminate layers of complication, I don't think it's a goal any of us should intentionally set out for. But when you expand your horizons, you're more likely to surround yourself with an array of enriching individuals, no matter what race they are.

In some cases, the black image in America has been built on stereotypes that categorize people along specific racial lines. Unfortunately, for many of us, these are the kind of stereotypes that many people follow as a guideline to define themselves as authentically black.

It's a truth that Black-ish, the ABC sitcom, pokes at as it depicts the life of an African-American ad executive, Andre Johnson, who prefers to be called "Dre" as he battles with the uneasiness of his fast-tracking lifestyle and whether sending his four children to elite Los Angeles schools disconnects his family from their black heritage, or, at least, those aspects of black heritage he thinks he's left behind in the working-class, predominantly black neighborhood where he grew up.

The more I think about being told that I'm not "black enough," I begin to realize that I haven't lost my blackness. It hasn't been taken away from me. Being a 26-year-old black woman has shaped me into the person I am today and has made me be the best woman I can be. I refuse to fall into the common trap. I chose to disassociate myself from stereotypes because they don't define my blackness. I define myself.