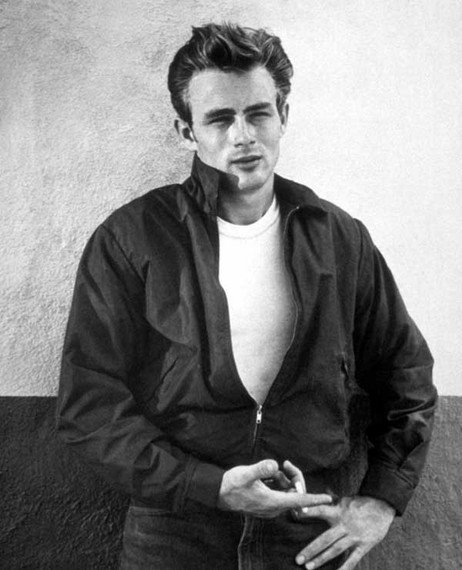 The original Rebel Without a Cause, James Dean

Helluva shock it was. Quite a blow.

We were having one of our little talks, my daughter and I. One of those egg-shell delicate chats when you turn over big chunks of life like rocks and examine the wriggly, squiggly things hidden beneath them. And try not to scream and wince at what you see.

I didn't wince or scream when she said it. I was too stunned.

It went something like, "I love you and Dad. Just... not as much as I probably should."

Yes. A "Whoa. Where'd that come from?" moment for the ages.

I stared for a minute, and then used all that hard earned wisdom that kicks in after 50 -- actually, after 60 it gets even deeper, I'm happy to report.

I didn't plead my case, or do the, "How have I loved thee? Let me count the ways," list of things her father and I had done for her that we thought made our love self-evident.

I think it's the opening scene of Rebel Without a Cause that taught me never to do that. That moment when James Dean -- my daughter's favorite actor, thanks to me -- looks first at his father and then at the cop trying to mediate that initial family squabble, and declares, sarcastically, "You buy me many things -- he buys me many things."

So no list of sacrifices -- absolutely not. Instead, I went Socratic on her ass.

It was as I suspected in the end. There was a larger grievance with the entire world at the heart of it.

So it was not the divorce I'd asked for so much as what the divorce told her about the world that chafed. It was not the difficulty she was having finding her own particular path so much as the way her father and especially her mother had seemingly been born knowing what they wanted to do. In a world that made it far easier for them to do it than the one she was born into.

And yet, though it was the world that had not loved her as well as she'd hoped, she seemed to blame us -- me especially, again -- for giving her false hope.

Understandable. College paid for with grants and scholarships, I had traveled, first as a teenager, to England and France and then, as a very young reporter, damned near everywhere a young woman wants to go -- and in style.

I'd met all the people other people wanted to meet and gone to the parties you read about in magazines and attended concerts with backstage passes and "all access" to the bands.

I had married almost just because it was the last frontier. Like her father's reservation, where I fell in love with both him and the his entire culture.

My life had been an adventure. Hers... not so much. Yet.

By the way, she gave me that most unexpected verbal rebuff in the nest I'd built for her while dealing with that divorce. And a bankruptcy. And years of focusing solely on the daughter in the nest until she had made it safely through middle and high school and, at last, college -- there's that list I didn't list. I'm only human.

And oh yes. She's back in that nest after a first failed attempt to surf the big waves of that world. And though I'd begun to revel in my new life as something other than Mother, I welcomed her back to terra firma gladly, so that she could regroup and rethink under a familiar roof.

But coming home meant watching me live my new life. Writing that book I had never had time for before. Keeping in long distance touch with Roger Ebert -- THE Roger Ebert as he made his final and most noble exit. And heading off to be backstage again with the bands I'd befriended all those years ago -- she has a rock star "uncle" who dotes on her shamelessly when she tags along.

But it all reminds her, I think, of what she has not yet accomplished. And that the mother who can seemingly do everything cannot fix that for her.

There is more to it than that. I am not ignoring the things we did not do or did badly. And if I were younger, I would be wracked with guilt and would have cried and begged forgiveness.

At this age, I handle things very differently. I told her how sorry I was that she felt that way. And that I loved her -- how much I loved her, how much we both did. And that we always would.

And then I just let her talk some more. Until the arms folded so tightly in front of her relaxed and and her hands sank onto her lap. And the storm clouds above our heads dissipated. And the sun, her smile, came out -- she fought it back, but I saw it.

She may not love us as she thinks she should. "Should" is a nasty word -- she will learn that, too, as she learns to navigate the world that has disappointed her so.

For now... I will take what I can get. And give all. As always. Because she is the best thing I have ever done. And I know she knows it.

Even if she's not quite ready to say that yet.

Image credit: Warner Bros. publicity still for the film Rebel Without a Cause. Licensed under Public Domain via Wikimedia Commons